Dodge doesn't seem to know how it feels about its upcoming electric muscle car. 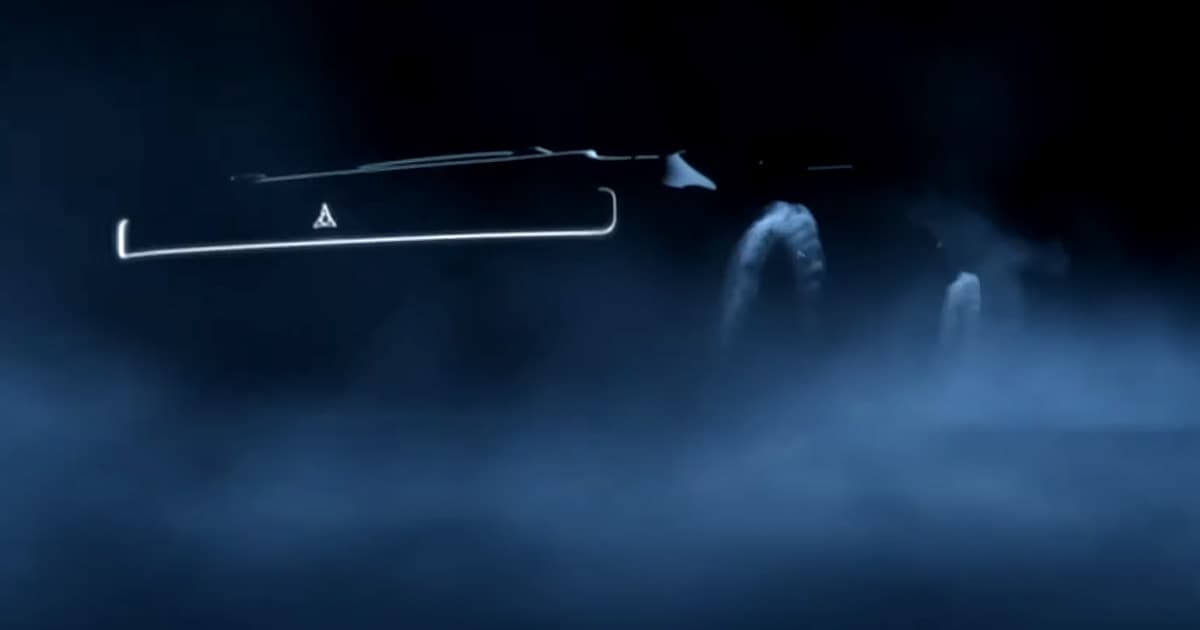 US carmaker Dodge has teased an all-electric muscle car that's set to be released some time in 2024.

The company's upcoming EV will "tear up the streets, not the planet," Dodge CEO Tim Kuniskis said during an announcement today.

He also promised that Dodge "will not sell electric cars," but will make "American eMuscle" a thing instead — a perplexing approach to warming the public up to the idea of buying an electric performance vehicle.

In a flashy end to today's presentation, a gravitas-laden voiceover seemed to embody the event's contradictions.

"Why on God's green Earth would Dodge ever build an electric car?" it asked. "Anybody? Any thoughts out there?"

The answer appeared, written in large bold text: "Performance made us do it."

Which raises the question: why undercut the promise of ruining the planet just a little bit less by going electric? Are Dodge's testosterone-fueled and adrenaline-chasing customers really that averse to embracing a greener future?

"While that may sound like a nuance, it's not, not to our customers anyways," Kuniskis added, "because our customers purchase an experience, not a technology."

It's a strange moment in time for the US car market. While many companies have announced sweeping changes to their offerings, Ford chief among them, many customers appear to be threatened by the prospect of the death of the gas-guzzling automobile, as evidenced in diesel truck drivers "rolling coal" in the streets or "ICE-ing" Tesla charging stations.

Kuniskis argued that the company is attempting to corner the millennial market, who are far more likely to embrace an electric future.

So why go electric at all? According to Kuniskis, Dodge engineers "are reaching the limit of what we can squeeze from internal combustion innovation. We know that electric motors can give us more," a rather convenient way of saying that the future of the industry is starting to heavily lean electric.

He therefore argued that the brand has its hands tied and is forced to follow its "obligation to embrace" an electric future, an arguably backwards marketing approach to justify its decision to build an EV.

So what about the EV? We only saw a brief glimpse of what is still to come, but it certainly bears an uncanny resemblance with Dodge's existing muscle cars.

The carmaker seems borderline embarrassed by today's announcement. Rather than fully embracing an awesome future full of electric performance cars and even entire racing leagues, the company came out with a confusing mess of marketing speak and meaningless messaging.

Dodge may not be arguing that electric sports cars aren't awesome in their own right — but it sure as hell doesn't seem all that excited by the prospect.

Read This Next
Car Pile Up
Tesla Is Absolutely Spraying Out Cars
Sun Power
Startup Says Its Solar Upgrade for Teslas Adds 60 Miles in Range per Day
No Parking
Condo Association Bans EVs From Parking in Garage, Saying They Pose Fire Risk
Charge on the Go
Cornell Scientist Unveils Roadway That Charges Electric Cars While Driving
Band-Aid Solutions
Tesla Employees Admit Using Electrical Tape to Fix Model 3s
More on Advanced Transport
Netflix and Drive
Monday on futurism
Mercedes Claims to Have Achieved Level 3 Automation, Beating Tesla
Battery Trouble
Monday on the byte
Tesla "Spontaneously" Bursts Into Flames While Driving Down Freeway
High Tide
Jan 27 on the byte
We’re in Awe of Amsterdam’s Huge Underwater Bike Parking Garage
READ MORE STORIES ABOUT / Advanced Transport
Keep up.
Subscribe to our daily newsletter to keep in touch with the subjects shaping our future.
+Social+Newsletter
TopicsAbout UsContact Us
Copyright ©, Camden Media Inc All Rights Reserved. See our User Agreement, Privacy Policy and Data Use Policy. The material on this site may not be reproduced, distributed, transmitted, cached or otherwise used, except with prior written permission of Futurism. Articles may contain affiliate links which enable us to share in the revenue of any purchases made.
Fonts by Typekit and Monotype.