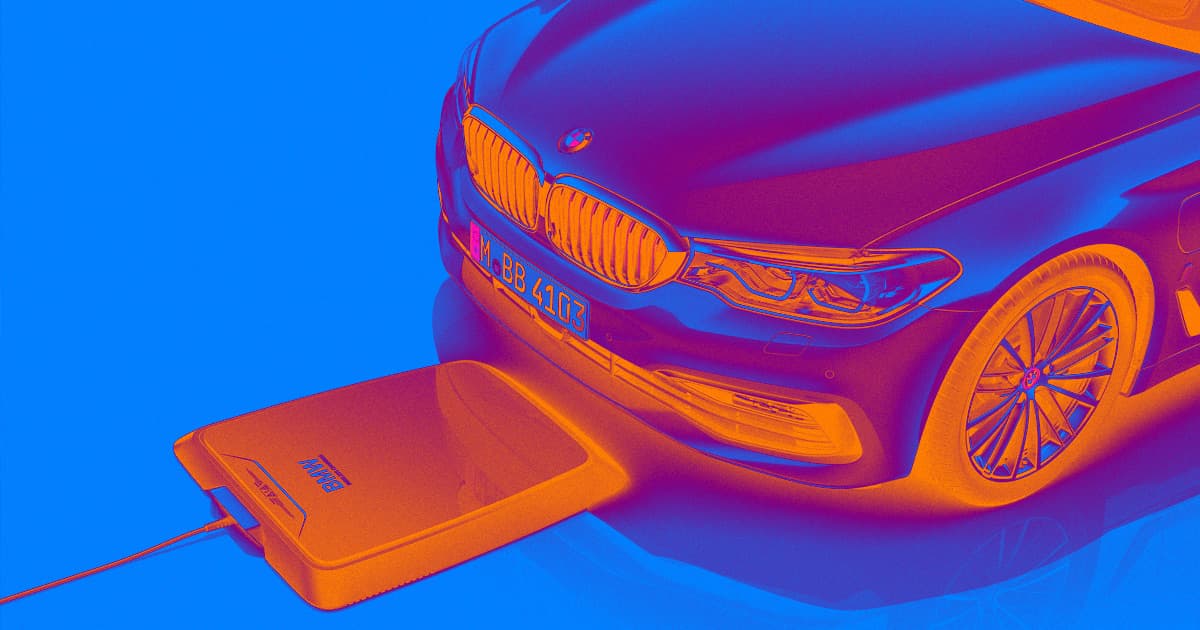 Carmakers Expected to Roll Out Wireless Car Chargers This Year

Is it really too much to ask electric car owners to plug in their cars by hand?

Is it really too much to ask electric car owners to plug in their cars by hand?

Carmakers are expected to release wireless charging pads for electric cars based on a universally agreed-upon standard as soon as this year, CNET reports.

The chargers work (more or less) the same way as wireless smartphone chargers: you roll the vehicle on top of the pad, and the car starts charging. Without the need of plugging it in.

The goal's to make it as easy as possible for consumers to charge their electric vehicles and to standardize future wireless charging spots both in public and at home.

To get there, the Society of Automotive Engineers came up with a standard (SAE J2954) that is in its final stages of development, according to CNET.

German automaker BMW has already shown off a wireless charging tray that owners can place on the floor of their garage. When the car shuts off its ignition, the pad starts charging the car automatically.

Charge on the Go
Cornell Scientist Unveils Roadway That Charges Electric Cars While Driving
5. 12. 21
Read More
BMW Is Releasing a Wireless Charging Pad in 2018
9. 27. 17
Read More
The Wireless Charging of Moving Electric Vehicles Just Overcame A Major Hurdle
8. 18. 17
Read More
+Social+Newsletter
TopicsAbout UsContact Us
Copyright ©, Camden Media Inc All Rights Reserved. See our User Agreement, Privacy Policy and Data Use Policy. The material on this site may not be reproduced, distributed, transmitted, cached or otherwise used, except with prior written permission of Futurism. Articles may contain affiliate links which enable us to share in the revenue of any purchases made.
Fonts by Typekit and Monotype.