Rethinking Aliens: We Found Life in a Place Once Considered Sterile 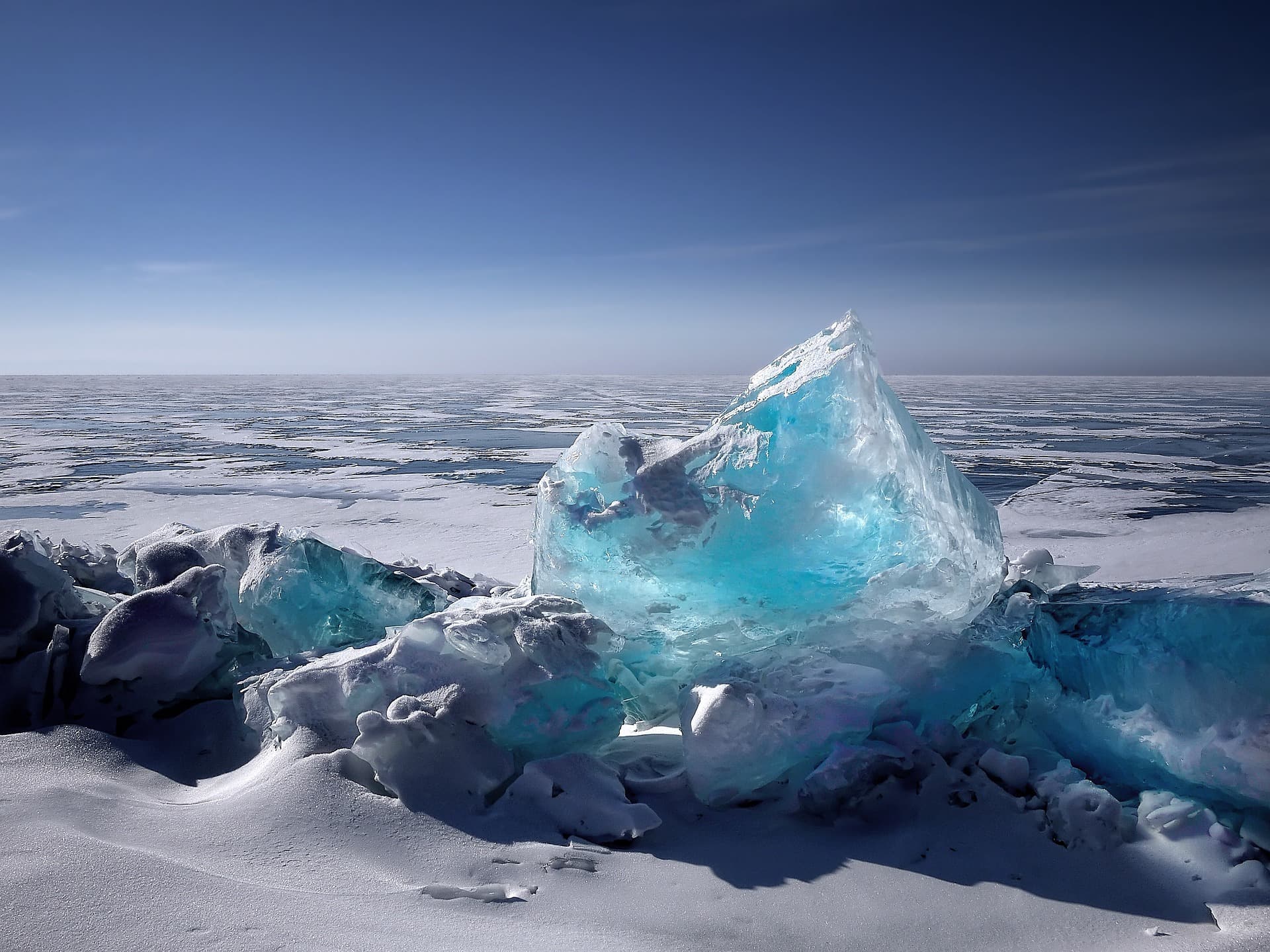 Polar ice caps, where layers of soft snow compress into permanent ice over time, were believed to be inhospitable to any kind of life. But today, new research is shaking that belief, and has us rethinking aliens on other frozen worlds.

Researchers at the University of York traveled to the the Arctic and Antarctic regions to study microbial presence on the ground, and detected the presence of tiny creatures whose metabolic activity left its own unique marks on the frozen snowpack.

To identify the microorganisms, the team studied small samples of gas trapped in snow and compared them with similar snow samples artificially sterilized with UV lamps. In the untouched snow, they found high levels of methyl iodide, a gas produced by marine bacteria.

Typically, polar ice cores' sterility makes them reliable snapshots of ancient climates: the absence of microorganisms means that the gas footprint trapped in ice has not been altered by any digestion process over millennia.

But in this new study, published in the Journal of the Royal Society Interface, the researchers concluded that polar snow is not sterile after all. In fact, the sampled gases may have been shaped by bacteria that remain alive as the soft snowpack slowly turns into ice, a process that may take decades.

This is not the first time that scientists have found life in unexpected places, like giant underground crystals or deep lakes buried under Antarctic ice. But this discovery is particularly significant, because up until now polar snowpacks had been considered nearly sterile.

Scientists also believe that these hardy bacteria offer insights into the possibility of alien life on frozen planets previously considered uninhabitable. “The fact that we have observed metabolically active bacteria in the most pristine ice and snow is a sign of life proliferating in environments where you wouldn’t expect it to exist," said the lead author Kelly Redeker from the department of biology at the University of York in a statement.

"This suggests we may be able to broaden our horizons when it comes to thinking about which planets are capable of sustaining life,” he added.

Read This Next
Venus Smells Like Rotting Fish
Breaking: Researchers Discover Signs of Life on Venus
Science is Hard
Extremely Dubious Scientist Believes There's Mushrooms and Lichen on Mars
Space Munchies
Organism That Eats Meteorites Could Help Us Find Alien Life
Short List
Astronomers Just Drastically Narrowed the Search for Alien Life
New Lead
Harvard Scientists: Radiation From Black Holes May Create Life
More on Hard Science
Warped Tour
Thursday on futurism
Professor Believes Door to Warp Drive May Lie With Ethylene Glycol
Sky Bursts
Thursday on the byte
Astronomers Intrigued by 25 Mysterious Repeating Radio Signals From Deep Space
Tractor Beam
Jan 26 on the byte
Scientists Build Working Tractor Beam, Although It's Comically Tiny
READ MORE STORIES ABOUT / Hard Science
Keep up.
Subscribe to our daily newsletter to keep in touch with the subjects shaping our future.
+Social+Newsletter
TopicsAbout UsContact Us
Copyright ©, Camden Media Inc All Rights Reserved. See our User Agreement, Privacy Policy and Data Use Policy. The material on this site may not be reproduced, distributed, transmitted, cached or otherwise used, except with prior written permission of Futurism. Articles may contain affiliate links which enable us to share in the revenue of any purchases made.
Fonts by Typekit and Monotype.