This breakthrough could help millions regain their sense of sight. 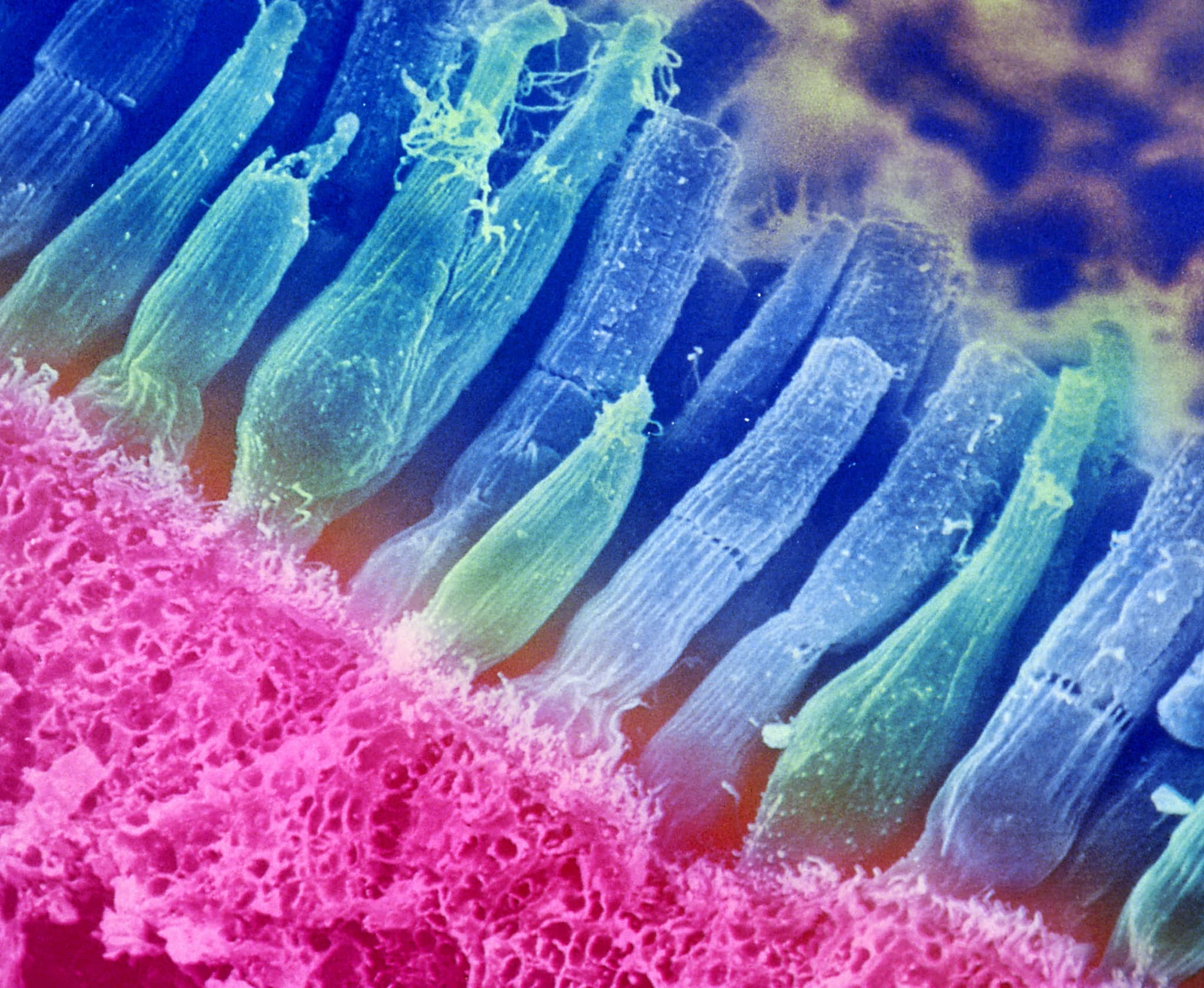 Easy on the Eyes

Anyone who's ever had a stray eyelash or a piece of dust land in their eye can attest to the pain even the tiniest foreign object can cause. While this sensitivity is essential for keeping our eyes in working order, it can also be a problem for those with retinal implants.

The retina is a light-sensitive layer of tissue at the back of the eye that plays an important role in sight, and damage to it can lead to blindness. For the past few years, retinal implants have been restoring vision for patients with such problems, but those implants have all been mechanical devices, which can wreak havoc on already damaged eyes.

"The human eye is incredibly sensitive, which is why foreign bodies like metal retinal implants can be so damaging, leading to inflammation and/or scarring," University of Oxford researcher Vanessa Restrepo-Schild explained in a university news release. To that end, she led a team in creating the world's first synthetic, soft tissue retina.

The team used lab-created biological tissue for its artificial retina, and because it doesn't incorporate any rigid foreign materials, the device is less likely to cause problems once implanted. "A biological synthetic implant is soft and water-based, so much more friendly to the eye environment," explained Restrepo-Schild.

So far, the team has only tested its implant in a lab environment, so the next steps are testing it with living tissues and expanding on its functionality. Restrepo-Schild is optimistic about the future practical uses of her creation: "I hope my research is the first step in a journey towards building technology that is soft and biodegradable instead of hard and wasteful."

All Eyes on Bionics

An estimated 39 million people worldwide are blind, and the Oxford team is just one of many developing bionic eyes to help them regain their vision.

Right now, the only bionic implant approved by the Food and Drug Administration (FDA) for use in the United States is Second Sight's Argus II. That system requires the implantation of a device comprising an antenna, an electronics case, and an electrode array on the patient's eye. That implant works in conjunction with a pair of glasses, a video processing unit (VPU), and a cable worn outside the body to restore some of the user's vision.

Other researchers are skipping the eyes altogether in their quest to bring sight to the blind. Monash University professor Arthur Lowery's "bionic eyes" feed information from a glasses-mounted camera directly into the brain via electrodes. This means it could be used by someone with severely damaged eyes or even no eyes at all.

Beyond helping people with impaired vision, bionic eyes could eventually give "superpowers" to those who already have no trouble reading the eye chart. Those implants could allow us to see in different light spectrums, give us telescopic sight, or even record what we see and wirelessly upload it to our social networks. The possibilities are endless, and breakthroughs like that of Restrepo-Schild put us one step closer to that age of superhuman sight.

Read This Next
Vision Quest
Neural Implant Sends Camera Feed Into Blind People’s Brains
Futurism
Trying to Quit Drinking? This Implant Will Snitch If You Fall off the Wagon
Futurism
New Thought-Controlled Prosthetics Restore the Sensation of Touch
Futurism
There's a $100 Million Plan to Make a Synthetic Spinal Cord to End Paralysis
Futurism
Viktoria Modesta Is a Bionic Woman, and She Is Taking the Music Industry by Storm
More on Enhanced Humans
Brain Transparency
Feb 3 on futurism
Duke Professor Welcomes the "Promising" Future of Employers Reading Your Brain
Brain-Computer Im...
Jan 3 on the byte
Neuralink Cofounder Says New Company's Eye Implant Could Be "Ultimate" VR Tech
Eyes Have It
12. 30. 22 on futurism
Meet the Neuralink Cofounder Who Left and Started a Competitor That's Now Rapidly Catching Up
READ MORE STORIES ABOUT / Enhanced Humans
Keep up.
Subscribe to our daily newsletter to keep in touch with the subjects shaping our future.
+Social+Newsletter
TopicsAbout UsContact Us
Copyright ©, Camden Media Inc All Rights Reserved. See our User Agreement, Privacy Policy and Data Use Policy. The material on this site may not be reproduced, distributed, transmitted, cached or otherwise used, except with prior written permission of Futurism. Articles may contain affiliate links which enable us to share in the revenue of any purchases made.
Fonts by Typekit and Monotype.