If You've Been Waiting for a Reason to Buy a Raspberry Pi Mini PC, This Is It

This comprehensive starter kit comes with over 10 hours of online instructional videos. 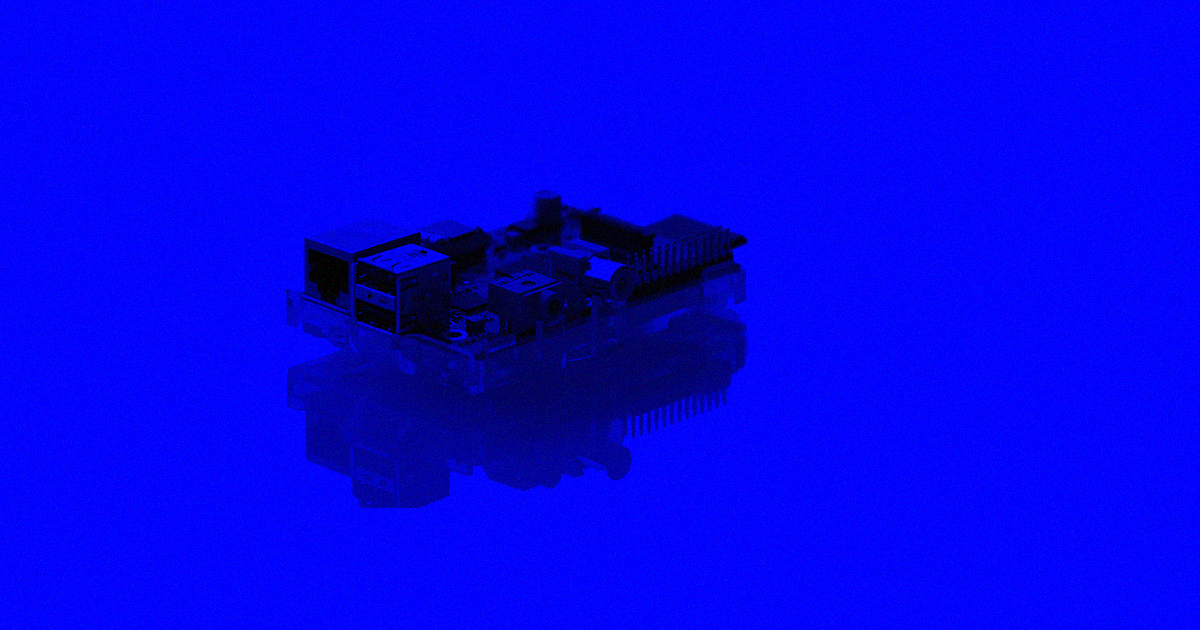 Ever since it was first released back in 2012, the Raspberry Pi has been wildly popular with tech enthusiasts across the globe. While it was originally created as a simple low-cost device for teaching kids how to code, the pocket-sized miniature computer quickly developed a cult following among programmers, gamers, and other hobbyists looking for computing power on the cheap.

The latest version consists of single circuit board with a 1.4GHz processor and 1GB of RAM. On the surface, that might not sound impressive. However, what the Raspberry Pi lacks in raw power it more than makes up for in versatility. Since it costs just $35 and is no bigger than a credit card, it's an ideal piece of hardware to perform an almost unlimited array of computing tasks. From streaming movies and hosting VPNs, to playing retro video games and controlling drones, Pi users continue to find new, practical uses for their mini-machines. Some are even using the Pi as an all-purpose, opensource smarthome hub, allowing their various smarthome devices and virtual assistants to work together as a cohesive unit regardless of operating system or brand.

But given its extreme versatility, the Pi can be a bit intimidating to outsiders. When dealing with a machine with unlimited uses, where do you even begin?

The good news is it's not as hard as you think. There are a lot of online resources that can help you get you up to speed on the Raspberry Pi revolution. And one of the best is the Complete Raspberry Pi 3B+ Starter Kit & Course Bundle.

With this bundle, not only do you receive access to three online courses by programming and IT expert Lee Assam, but you'll also get an actual Raspberry Pi3B+ along with a 37-piece sensor kit from Sunfounder.

Here's a closer look at everything that's included:

This online course is basically Raspberry Pi 101. Designed for users of all experience levels, it starts with the fundamentals before moving on to some common Raspberry Pi projects. Your subscription comes with lifetime 24/7 access to two hours of instruction broken up into 50 individual lessons.

While the second course is still beginner friendly, it will take you deeper down the rabbit hole and give you a greater understanding of what the world's most popular mini-computer can do. You get lifetime 24/7 access to over four hours of instruction broken up into 76 lessons. Topics include working with Python, using GPIO pins, setting up sensors, and using the Pi camera module.

Last but not least, we have the course that will teach you how to turn your home into the Jetsons’ house. Featuring 24/7 lifetime access to four hours of instruction broken up into 55 lessons, this course will teach you the basics of Amazon’s Alexa ecosystem. You'll learn how to use Raspberry Pi to interface with your home electronics and devices, and how to create custom Alexa skills so that your entire home can be voice automated.

After you’ve mastered the basics of Raspberry Pi with these online courses, you can start putting your knowledge to work with this kit from Sunfounder. It comes with 37 individual sensor modules that do everything from track movement to detecting rain, as well as detailed instructions for building games, robots, tools, and tracking systems. Best of all, it comes with an actual Raspberry Pi 3B+ featuring dual band wifi and Bluetooth, four USB ports, an HDMI port, an ethernet port, a 3.5mm stereo output port, 40-pin GPIO (General Purpose Input/Output) port, and a microSD slot.

So whether you’re interested in the Pi for its practical applications or you’re just looking for a cool new hobby, the Complete Raspberry Pi 3B+ Starter Kit & Course Bundle is the best way to get started.

Read This Next
Brands We Love
Learn How To Build Your Own Video Game With This Comprehensive Game Development Bundle
Brands We Love
This Addictive Arduino Subscription Box Will Teach You to Code Simple Electronics
Brands We Love
The All New Raspberry Pi 4 Is the Best Version yet, and It's Finally Here
Brands We Love
If You're Looking for an Excuse to Buy a Raspberry Pi Mini PC, Here It Is
Futurism
An Evolution in Pi: Check Out the New Raspberry Pi 3
More on Hard Science
Tractor Beam
Jan 26 on the byte
Scientists Build Working Tractor Beam, Although It's Comically Tiny
Having a Blast
Jan 18 on the byte
New Study Shows Where You Should Hide to Survive a Nuclear Attack
Offworld Amino
Jan 15 on the byte
Scientists Find Building Blocks of Life in Meteor That Smashed Into Family's Driveway
READ MORE STORIES ABOUT / Hard Science
Keep up.
Subscribe to our daily newsletter to keep in touch with the subjects shaping our future.
+Social+Newsletter
TopicsAbout UsContact Us
Copyright ©, Camden Media Inc All Rights Reserved. See our User Agreement, Privacy Policy and Data Use Policy. The material on this site may not be reproduced, distributed, transmitted, cached or otherwise used, except with prior written permission of Futurism. Articles may contain affiliate links which enable us to share in the revenue of any purchases made.
Fonts by Typekit and Monotype.