The All New Raspberry Pi 4 Is the Best Version yet, and It's Finally Here

The world's most popular mini computer is more powerful than ever. 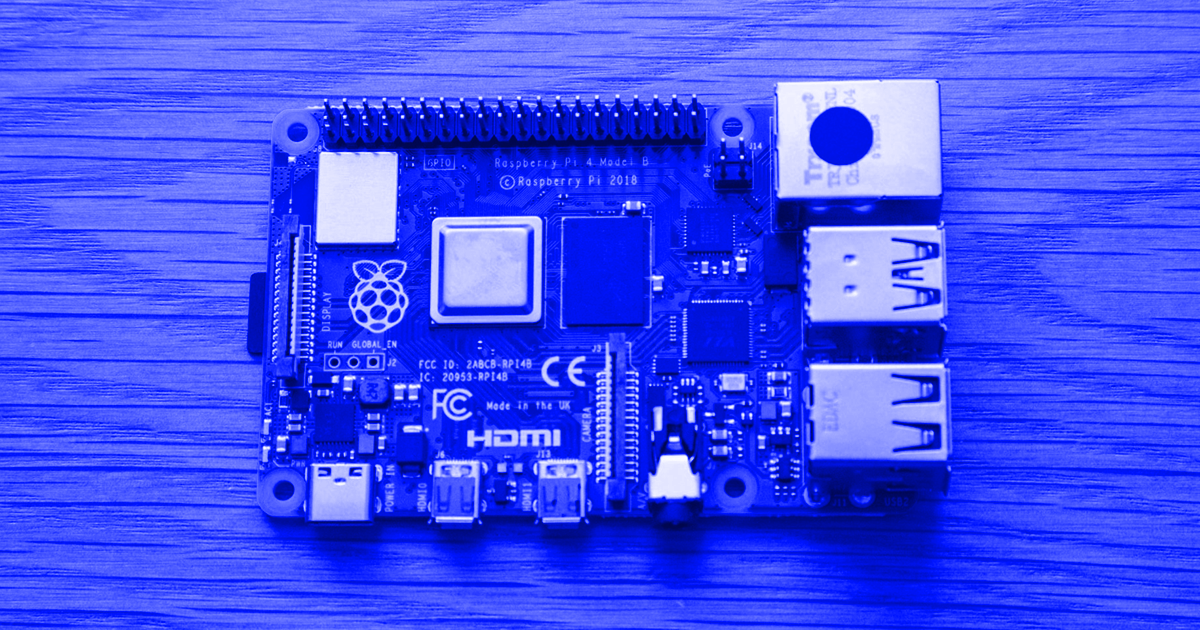 Over the last seven years the Raspberry Pi has become hugely popular among tech enthusiasts. They've come up with all sorts of clever and innovative uses for the pocket-sized mini-PC. However, with the recent introduction of the all new and seriously beefed up Raspberry Pi 4, this miniature computer is about to become more popular than ever.

For those who don’t know the Raspberry Pi origin story, the Raspberry Pi Foundation originally created the device as an inexpensive way to teach kids how to code. Given that purpose, size, versatility, and a low price tag all took precedence over raw computer power. So what they came up with was a single credit-card sized circuit board that ran a stripped down version of Linux.

Again, the idea behind Raspberry Pi was to make sure kids all over the world had access to computers. Nobody expected anybody else to take an interest in these low-tech computers. However, once computer programmers and hobbyists got wind of it, they realized its size, versatility, and low cost actually made it the perfect solution for a number of everyday computing tasks. And pretty soon they started coming up with all sorts of amazing alternative uses for the Raspberry Pi, including custom remote controls for drones, retro video game consoles, digital media centers, home network servers, VPN hosts, and even multi-platform smart home hubs that work with the Alexa, Nest, and Google Home platforms.

When it comes to performance, Raspberry Pi has always been pretty limited. In fact, if it weren’t limited, it wouldn’t be so versatile. However, that hasn’t stopped the Raspberry Pi foundation from trying to add a little more zip. And their latest version has some pretty significant upgrades that make it the fastest, most powerful Raspberry Pi yet.

The best part about the new Raspberry Pi 4, however, is that the starting price stays the same. The 1GB version still starts at the insanely low price of $35. Meanwhile, the jacked up version with four times the RAM is only $55.

So what are you waiting for? Get your Raspberry Pi 4 today and start exploring all the new possibilities.

Read This Next
Brands We Love
Start a New Career with The 22-Course Ultimate IT Certification Bundle
Brands We Love
Launch Your IT Career With This Complete Programming Super Bundle
Brands We Love
Build an Adorable Robot Army With Geeek Club's DIY Nanobots
Brands We Love
Deliver Elegant Apps With The Prestige Adobe Suite UI/UX Certification Bundle
Brands We Love
Get Ahead With The Complete 2020 IT Certification Exam Prep Mega Bundle
More on Hard Science
Warped Tour
Feb 2 on futurism
Professor Believes Door to Warp Drive May Lie With Ethylene Glycol
Sky Bursts
Feb 2 on the byte
Astronomers Intrigued by 25 Mysterious Repeating Radio Signals From Deep Space
Tractor Beam
Jan 26 on the byte
Scientists Build Working Tractor Beam, Although It's Comically Tiny
READ MORE STORIES ABOUT / Hard Science
Keep up.
Subscribe to our daily newsletter to keep in touch with the subjects shaping our future.
+Social+Newsletter
TopicsAbout UsContact Us
Copyright ©, Camden Media Inc All Rights Reserved. See our User Agreement, Privacy Policy and Data Use Policy. The material on this site may not be reproduced, distributed, transmitted, cached or otherwise used, except with prior written permission of Futurism. Articles may contain affiliate links which enable us to share in the revenue of any purchases made.
Fonts by Typekit and Monotype.