Raspberry Pi Just Made a $5 Computer 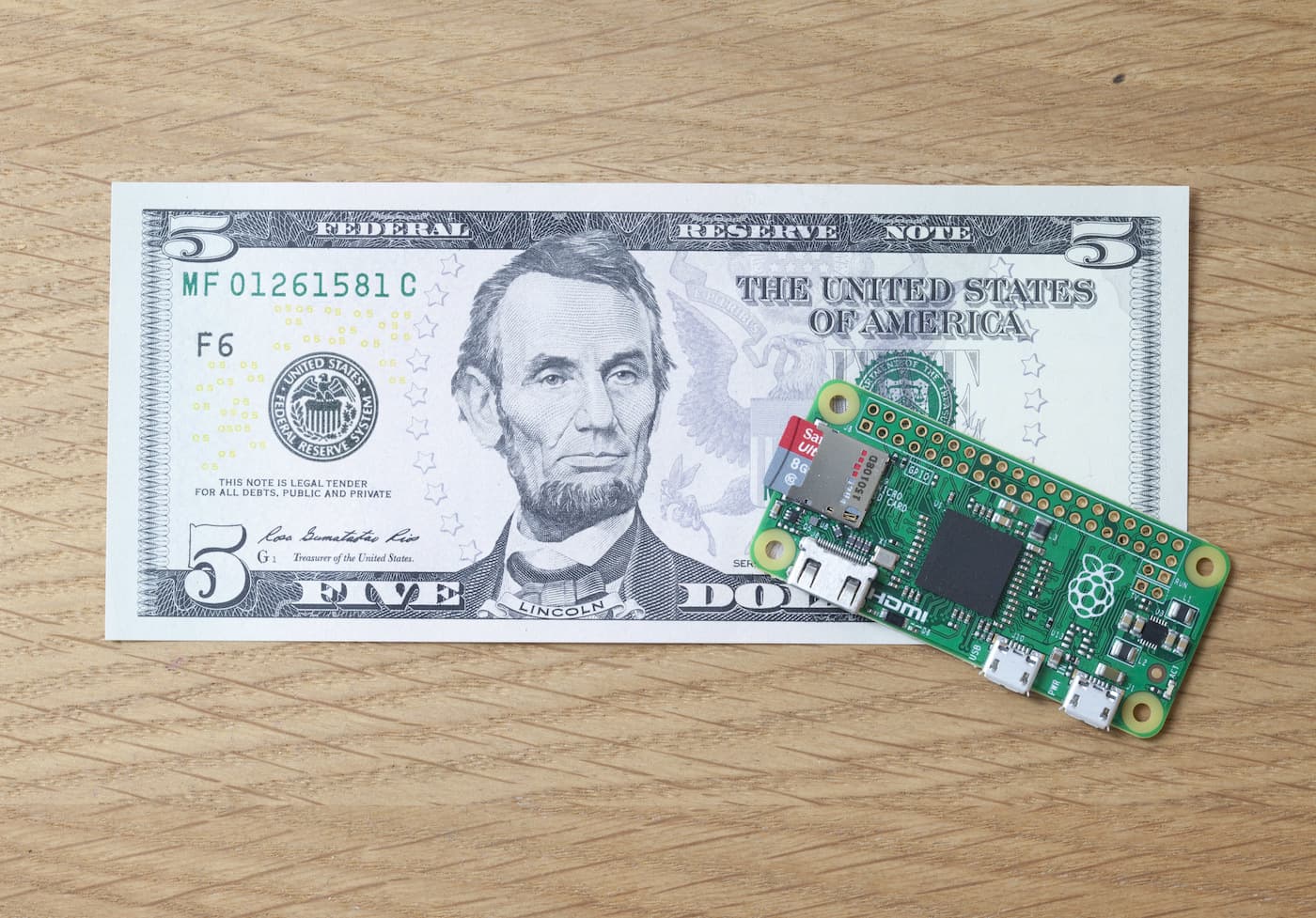 British tech company, Raspberry Pi just unveiled its newest model—a 6.5cm by 3cm, fully functional computer board that sell for only $5. Dubbed Raspberry Pi Zero, the device packs half a gigabyte of memory with provisions for a MicroSD slot for additional storage, a mini HDMI port, and a processor that is 40% faster than its predecessor.

“The original Raspberry Pi Model B and its successors put a programmable computer within reach of anyone with $20–35 to spend … At the start of this year, we began work on an even cheaper Raspberry Pi to help these people take the plunge,” the company said in an article published on their blog.

Similar to other computers developed by Raspberry Pi, the machine runs on Raspbian, which is a version of the popular Linux operating system specifically built for the company. The Raspberry Pi Zero can easily run applications such as Minecraft or the programming tool Scratch.

“Of all the things we do at Raspberry Pi, driving down the cost of computer hardware remains one of the most important. Even in the developed world, a programmable computer is a luxury item for a lot of people, and every extra dollar that we ask someone to spend decreases the chance that they’ll choose to get involved.”

The Raspberry Pi Zero’s cost makes it possible for more people, and kids especially, to learn and develop actual computing solutions to problems. Anchored by a real operating system, this new computer is paving the way for young minds across the world to develop and understand IT.

Currently, the machine is available for sale in the UK and US.

Read This Next
Futurism
Watch This Zelda Super Fan Magically Control His Home With an Ocarina
Futurism
Orange Is the New Raspberry? Welcome to the Age of the $20 Quad-Core Computer
Futurism
The New Age of Automation: How Robots Produce 100,000 Computers A Week
Futurism
Build Your Own Amazon Echo Speaker Using a Raspberry Pi
More on Robots & Machines
From the Dept. of...
Yesterday on futurism
The Best Mini Fridges of 2023
Blow Up Doll
Monday on the byte
Ukraine Accuses Russia of Using Inflatable "Dummy Tanks," Which Deflated
From the Dept. of...
Monday on futurism
The Best UPS Battery Backups of 2023
READ MORE STORIES ABOUT / Robots & Machines
Keep up.
Subscribe to our daily newsletter to keep in touch with the subjects shaping our future.
+Social+Newsletter
TopicsAbout UsContact Us
Copyright ©, Camden Media Inc All Rights Reserved. See our User Agreement, Privacy Policy and Data Use Policy. The material on this site may not be reproduced, distributed, transmitted, cached or otherwise used, except with prior written permission of Futurism. Articles may contain affiliate links which enable us to share in the revenue of any purchases made.
Fonts by Typekit and Monotype.