"We are going to need solutions beyond what's currently in our portfolio." 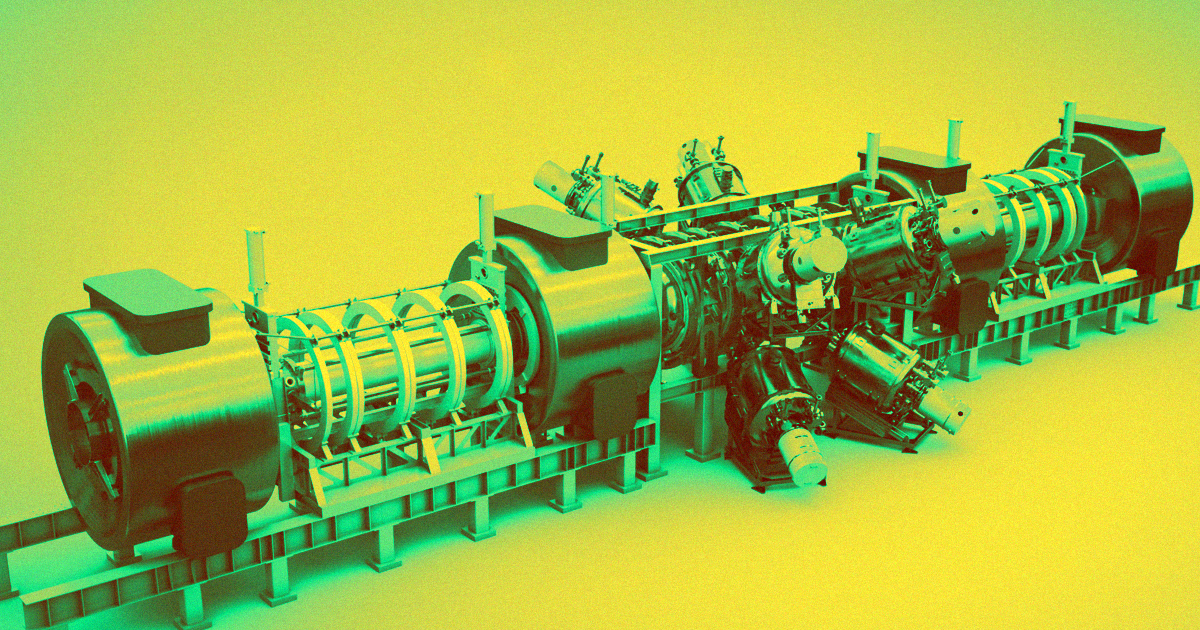 Earlier this month, U.S. Representative Alexandria Ocasio-Cortez and Senator Ed Markey published a proposal for the Green New Deal, a plan to mobilize the American economy to stop climate change. It calls for America to reach net-zero greenhouse gas emissions by 2030, mostly by expanding the nation's infrastructure for renewable energy sources like solar and wind energy.

But there's something missing from the plan: fusion power, a technology with the potential to revolutionize the energy system by providing cheap, near-limitless electricity that doesn't leave behind toxic waste or give off greenhouse gas emissions.

"The idea is fantastic," Michl Binderbauer, CEO of nuclear fusion company TAE Technologies, told Futurism of the Green New Deal. "To mobilize the whole country in a moonshot is one of the best ideas in a long time.

But, he said, "I think it will require a broader approach."

Binderbauer told Futurism that he expects TAE Technologies to have a commercial-scale fusion reactor up and running in the 2030s — which matches up the speculative timeline of other fusion experts in the field — and argues that allocating public funds for fusion research and development in the Green New Deal would help his and other research teams help make the technology a reality.

In the big picture, Binderbauer argued that American leaders can't risk putting all of their eggs in one basket, and that a more diverse investment will be necessary if we want to clean up our act and decarbonize our economy.

But nuclear fusion technology has a hard time earning public favor, as does its predecessor, fission. Nuclear fission is inexorably linked with disasters like those at Chernobyl and Fukushima, the proliferation of nuclear weapons, and the challenges of storing spent-but-still-dangerous fuel.

"It's sort of a foregone conclusion that the public has reached," said Binderbauer. "If the fusion industry wants to fight it, I would say 'good luck.' That’s beyond debate anymore."

Meanwhile, nuclear fusion technology doesn't exist outside of some experimental laboratories, and certainly not at any sort of practical capacity. Neither TAE Technologies nor any other company or research group is yet capable of producing a useful amount of energy from nuclear fusion.

No matter if or when someone cracks the code of practical fusion energy, Binderbauer doesn't believe solar and wind power plants can do the job on their own.

"If fusion cannot be made possible, we'll end up in a world where we'll have to make peace with fission," he said.

Futurism contacted Ocasio-Cortez's office for comment on the role of nuclear energy in the fight against climate change. At press time, she has not yet responded.

Others argue that because nuclear plants take so long to build, it will take too long for them to do any good within the Green New Deal's timeline, according to Popular Science.

A common criticism of renewable energy sources is that clouds and windless days can limit the amount of energy harnessed by solar panels and wind turbines. Getting around that problem requires large networks of batteries, and an entirely solar-and-wind-powered nation would require large transmission lines to get power from the areas with more sun and stronger wind to the places people actually live.

"We are going to need solutions beyond what's currently in our portfolio," Binderbauer said. "This is not meant to criticize at all renewable energy. I think renewable energy will always have a role to play, and a large one, but the problem is the energy density isn't there. The amount of energy that comes in off of solar circuits, the amount of wind energy that blows across turbines is just not enough," he added.

Binderbauer supports the Green New Deal's total mobilization of the U.S. economy, but he wants to see a broader focus within its specific proposals.

"I think the nuts and bolts need some tweaking," he said. He argues that the Green New Deal should put money towards partnerships between the government, industry, and universities to develop new technologies that could make renewable energy sources more efficient and, unsurprisingly, figure out fusion.

It's possible, however, that nuclear energy could find its way back into the mix under the current draft of the Green New Deal.

"The resolution is silent on any individual technology," said co-sponsor Senator Ed Markey during a press conference when the proposal was published. "We are open to whatever works."

If fusion scientists finally crack the code of the elusive technology, it's certainly possible that the Green New Deal co-sponsors decide to embrace the technology.

"This green new deal can do a lot more than just the environment," Binderbauer said. "It can incubate all kinds of advances."

Read This Next
Fusion vs Fiction
Gloomy Physicists Say Nuclear Fusion Breakthrough Is Too Late to Save Us
Fusion Force
China Announces Plan for Hybrid Fission-Fusion Power Facility
Remember Donald?
Donald Trump Goes on Bizarre Rant Against Electric Cars
Dry Dock
The Top 13 Wildest Objects That Terrible Droughts Have Revealed
Harambe 2.0
Freya the Boat-Climbing Walrus Euthanized Because of Stupid Humans
More on Earth & Energy
Rock Battery
Jan 28 on the byte
Researchers Successfully Turn Abandoned Oil Well Into Giant Geothermal Battery
Do The Worm
Jan 27 on the byte
Scientists Name "Funky Worm" Amphibian After a Weird 70s Funk Song
Cow Chow
Jan 26 on the byte
Bill Gates Gives $12 Million to Flatulent Australian Cows
READ MORE STORIES ABOUT / Earth & Energy
Keep up.
Subscribe to our daily newsletter to keep in touch with the subjects shaping our future.
+Social+Newsletter
TopicsAbout UsContact Us
Copyright ©, Camden Media Inc All Rights Reserved. See our User Agreement, Privacy Policy and Data Use Policy. The material on this site may not be reproduced, distributed, transmitted, cached or otherwise used, except with prior written permission of Futurism. Articles may contain affiliate links which enable us to share in the revenue of any purchases made.
Fonts by Typekit and Monotype.