Japan Sends Robot Into the Nuclear Hell of the Fukushima Reactor 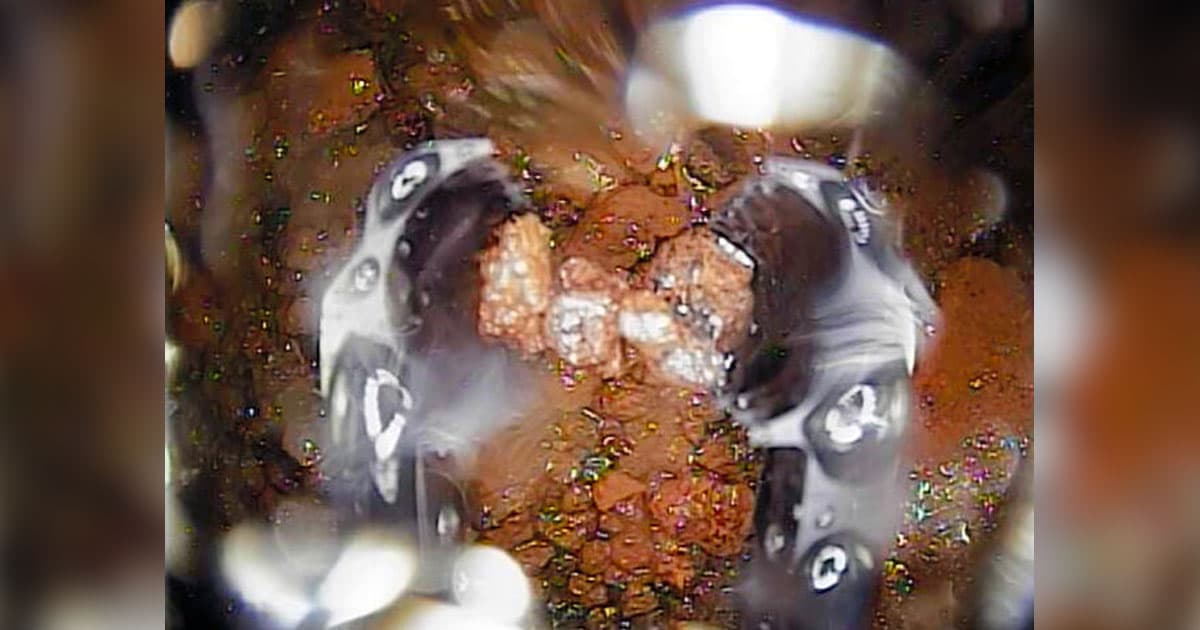 The Tokyo Electric Power Company (TEPCO) just sent a robot into one of the reactors of the Fukushima nuclear power plant, which was destroyed by a tsunami back in 2011.

The robot made contact with the melted fuel, picking it up and putting it back down to determine whether it was solid enough to cart away during a future mission, according to Ars Technica.

Fukushima won't be fully decommissioned for another 30 to 40 years. But this robotic mission is the first step toward determining how other robots will go about cleaning it up.

In this case, the robot was able to pick up small chunks of the radioactive fuel at five of the six test sites, all of which were located inside one of the power plant's three damaged reactors. TEPCO published a video of the process taken by the robot's built-in camera, in which you can see a robotic claw position itself around and pick up small pieces of fuel.

None of the radioactive fuel left the reactor along with the robot when the mission was over. But that wasn't the plan. Rather, this mission marks the first time that a robot has been able to physically examine Fukushima's fuel.

The team hopes to start retrieving some of the deadly fuel in 2021, now that they know it can be physically lifted.

Read This Next
From the Dept. of Buying Things
Best Indoor Garden Systems of 2023
Diner Drama
People Furious at Robot Serving Pancakes at Denny's
Killer Robot Update
Uh Oh, They Strapped a Sniper Rifle to a Robot Dog
Bleep Bloop
Scientists Build "First Living Robots" From Frog Stem Cells
Brands We Love
This LEGO Robot Is the Fun Way to Teach Your Kids About Coding and STEM
More on Robots & Machines
From the Dept. of...
Yesterday on futurism
The Best Exercise Bikes of 2023
It's Nothing Pers...
Thursday on the byte
Scientists Create Shape-Shifting Robot That Can Melt Through Prison Bars
From the Dept. of...
Thursday on futurism
The Best Smart Lights of 2023
READ MORE STORIES ABOUT / Robots & Machines
Keep up.
Subscribe to our daily newsletter to keep in touch with the subjects shaping our future.
+Social+Newsletter
TopicsAbout UsContact Us
Copyright ©, Camden Media Inc All Rights Reserved. See our User Agreement, Privacy Policy and Data Use Policy. The material on this site may not be reproduced, distributed, transmitted, cached or otherwise used, except with prior written permission of Futurism. Articles may contain affiliate links which enable us to share in the revenue of any purchases made.
Fonts by Typekit and Monotype.