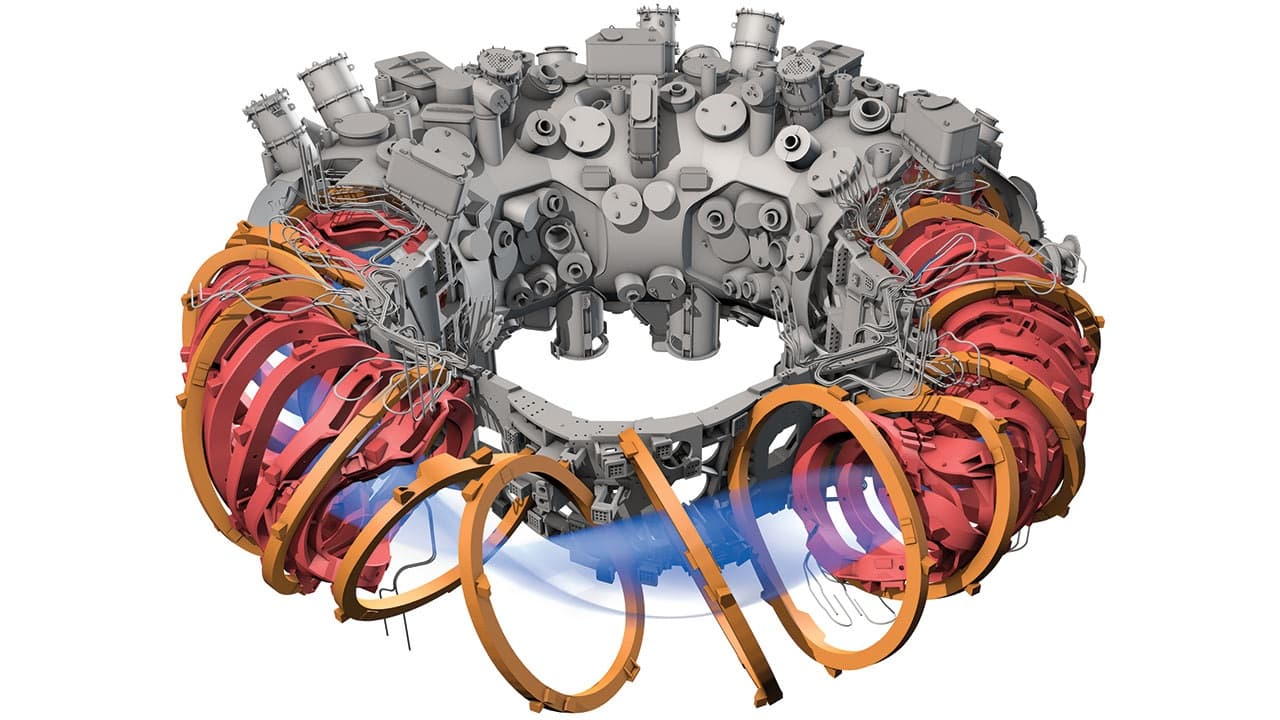 Scientists in Germany began an experiment which (they hope) will bring us closer to the dream of nuclear fusion power—a safer, cleaner form of nuclear energy.

Nuclear fusion is, after all, what powers the Sun and other stars, so it’s an energy source with a pretty nifty pedigree.

In short, they injected a minute quantity of hydrogen into an elaborate machine that resembles something out of a Star Wars movie, and mimicked the conditions within the Sun by heating that hydrogen gas until it became a plasma.

In the press release, they note that this is just the latest step in the project, "Since the start of operation on 10 December 2015 Wendelstein 7-X has produced more than 300 discharges with the rare gas, helium. These served primarily to clean the plasma vessel. The cleaner the vessel wall, the more the plasma temperature increased, finally attaining six million degrees....'This makes everything ready for the next step,' states Project Head Professor Dr. Thomas Klinger. 'We are changing from helium to hydrogen plasmas, our proper subject of investigation.'"

The device is located at the Max Planck Institute in Greifswald, Germany, and is known as the Wendelstein 7-X Stellarator (W7-X for short), which certainly sounds like something a Bond villain might use to take over the world.

But the uses to which this incredible instrument will be put are far more benign.

A “stellarator” is a conceptual fusion reactor design conceived in 1950 by the American physicist Lyman Spitzer; it is similar to the better-known “tokamak” fusion reactor design, which is essentially a doughnut-shaped machine that uses powerful electric currents to bottle the plasma needed to trigger a fusion reaction.

The stellarator is also in a torus shape, but rather than an electric current, it utilizes a complex array of magnetic coils to contain the plasma.

“[A stellarator is] far harder to build, but easier to operate,” said Thomas Klinger, project leader for the Greifswald experiment.

At 400 million euros ($435 million) it certainly wasn’t cheap to build, either.  But the world is eagerly investing in such experimental technology, hoping to reap enormous dividends if successful ignition is achieved.  France, for example, has begun construction on ITER (International Thermonuclear Experimental Reactor), a more conventional tokamak design; and there are several projects underway in the United States.

“…For Our Children and Grandchildren”

The infinite promise of fusion power has touched off a worldwide scramble to achieve the first sustained, controlled fusion reaction; the W7-X’s designers hope their machine will be an important step on this road.

"It’s a very clean source of power, the cleanest you could possibly wish for.  We’re not doing this for us, but for our children and grandchildren," explains John Jelonnek, a member of the W7-X team.

"With a temperature of 80 million degrees and a lifetime of a quarter of a second, the device’s first hydrogen plasma has completely lived up to our expectations," adds Dr. Hans-Stephan Bosch, whose division is responsible for operation of Wendelstein 7-X.

The purpose of the Greifswald stellarator is not to actually produce any energy itself.  It’s an experimental device, designed to test the conditions expected to obtain within a functioning fusion reactor, and shake out any unexpected problems that might crop up.

The experiment that began this week is only the first of many that will, hopefully, lead to an operational reactor in the coming decades.  The frenetic research being conducted throughout the world should only help to shorten the period of our anticipation and our reliance on dirty and harmful sources of power.

So stay tuned.  The search for clean fusion energy continues.

Read This Next
Futurism
Fusion Energy: These Promising Projects Are Set to Revolutionize Our World
More on Sci-Fi Visions
Human v. Giraffe
Tuesday on the byte
Chaotic Italian Fashion Line Baffles Facial Recognition Software
Step One
Tuesday on the byte
World’s Third Richest Person Says He’s Developed "Addiction" to ChatGPT
FROM THE DEPT. OF...
Tuesday on futurism
The Best Places to Buy A Laptop in 2023
READ MORE STORIES ABOUT / Sci-Fi Visions
Keep up.
Subscribe to our daily newsletter to keep in touch with the subjects shaping our future.
+Social+Newsletter
TopicsAbout UsContact Us
Copyright ©, Camden Media Inc All Rights Reserved. See our User Agreement, Privacy Policy and Data Use Policy. The material on this site may not be reproduced, distributed, transmitted, cached or otherwise used, except with prior written permission of Futurism. Articles may contain affiliate links which enable us to share in the revenue of any purchases made.
Fonts by Typekit and Monotype.