Science Explained: How Does Our Sun Work? 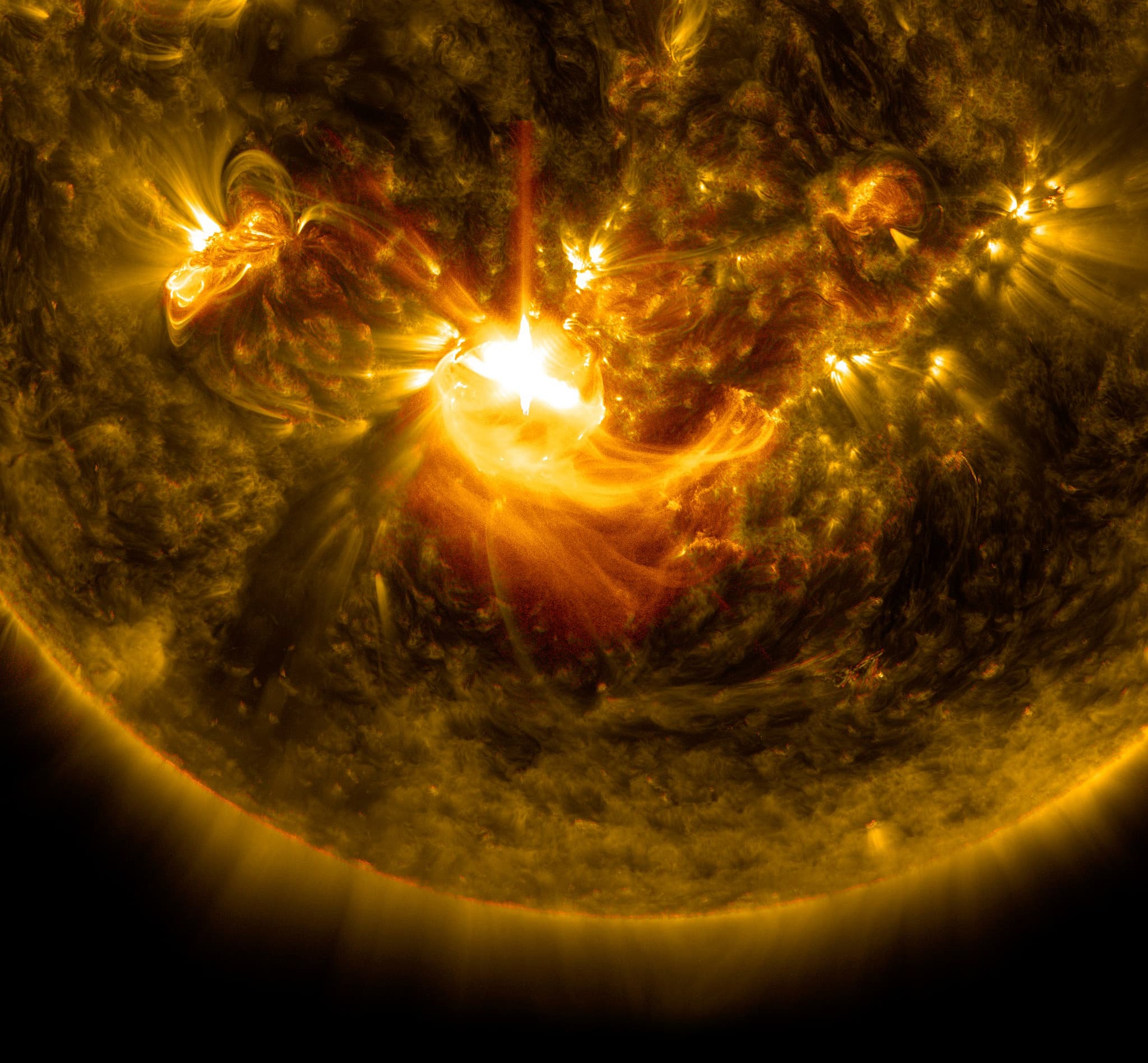 How does the Sun go about producing its energy? What is the process involved? And once the energy is produced, how does it travel to planet Earth and sustain our Pale Blue Dot?

The quick answer is that the Sun (and all the other stars in the universe) are able to generate energy as they are basically massive balls of fusion reactions.

But that doesn't really say very much, unless, of course, you are already farmilar with how stars form and how fusion works. So let's break things down a bit.

Scientists explain this process of stellar energy generation by going back to how stars form, which goes back to the Nebula Theory. This theory states that the nuclear reaction inside of a star began when a vast cloud of gas and particles - known as a "nebula" - collapsed under the pressure from its own gravity. It is this collapse that ultimately birthed the big ball of light in the middle of our Solar System, as it triggered a process where atoms began fusing together due to the excess of pressure and heat.

Specifically, in core of stars that are about the size of the Sun, energy is produced when hydrogen atoms (H) convert and become helium (He). During this fusion process, some of the matter of the fusing nuclei is not conserved, and it is converted to photons. Just how much energy does our Sun produce? Well, in a single second, the sun fuses about 620 million metric tons of hydrogen in its core. This means that, in just one second, the Sun produces enough energy to power New York City for about 100 years.

Where Earth Fits In

This joining of atoms is known as nuclear fusion. And as was mentioned, it is a process that releases a tremendous amount of energy in the form of heat and light. Notably, the Sun’s layers each play a role in ensuring that solar energy gets distributed far enough to maintain life on our planet.

99% of the energy produced by the Sun takes place within the core. Beyond this layer, fusion will have almost completely stopped. The rest of the Sun is heated by the energy that moves out from the core through the different layers, eventually reaching the outer layer and escaping into space as sunlight or particle energy.

The succeeding layers of the Sun are the Radiative Zone, the Convective Zone, and the Photosphere. These layers get progressively cooler the farther away they are from the core. Fusion reactions no longer occur in most of them. They do, however, facilitate the transfer of heat and energy outwards, away from the core and into outer space.

When this heat and energy reaches Earth, the ozone layer of the atmosphere filters much of the Sun’s ultra-violet radiation, but lets some pass through. This energy is essential for life on our planet.

Read This Next
Monkey Business
China Plans to Send Monkeys to Space Station to Have Sex With Each Other
Overview Effect
William Shatner Says His Space Trip Left Him With a Feeling of Terrible Grief
Sun Gazer
Researchers Want to Use the Sun As a Giant Telescope to Look for Aliens
Astronaut Drip
We Just Got the First Peek at NASA's Artemis Moon Landing Suits
Blast Off
Former Astronaut Details Quest to Grow Cannabinoids in Space
More on Off World
Infra-Red Alert
Yesterday on the byte
James Webb Reveals Mysteriously Powerful "Engine" of Two Merging Galaxies
Die to Fight Anot...
Yesterday on the byte
Mysterious Russian Satellite Explodes
Heavy Metal
Tuesday on the byte
NASA Mars Rover Finds Metallic Object That Smashed Down on Surface
READ MORE STORIES ABOUT / Off World
Keep up.
Subscribe to our daily newsletter to keep in touch with the subjects shaping our future.
+Social+Newsletter
TopicsAbout UsContact Us
Copyright ©, Camden Media Inc All Rights Reserved. See our User Agreement, Privacy Policy and Data Use Policy. The material on this site may not be reproduced, distributed, transmitted, cached or otherwise used, except with prior written permission of Futurism. Articles may contain affiliate links which enable us to share in the revenue of any purchases made.
Fonts by Typekit and Monotype.