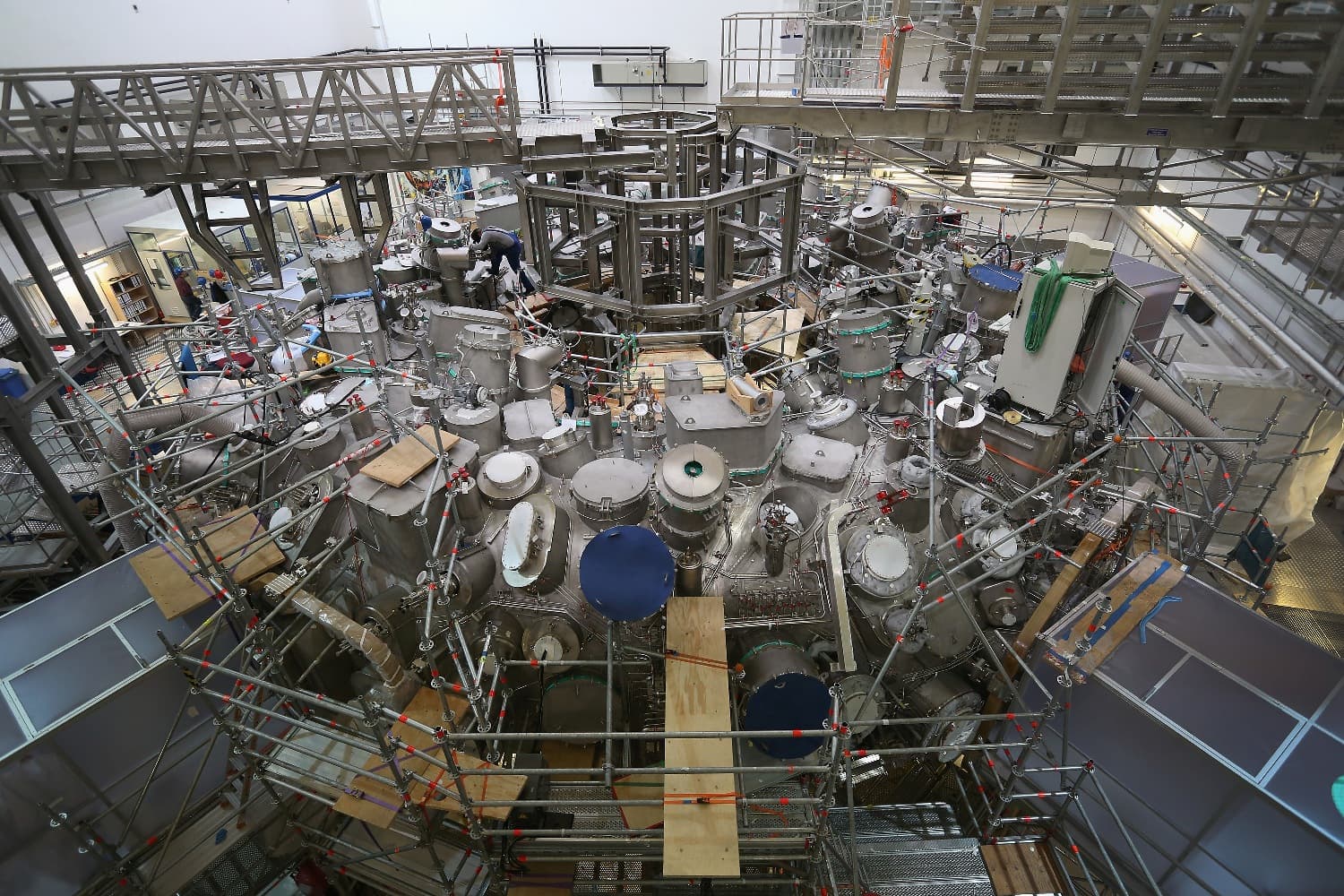 Today ( December 10, 2015), the first helium plasma was produced in the Wendelstein 7-X fusion device at the Max Planck Institute for Plasma Physics (IPP) in Greifswald, Germany. After over a year of preparations and tests, the experimental operation has now begun, and all is going smoothly.

Wendelstein 7-X is the world’s largest stellarator-type fusion device. Its objective is to investigate the suitability of this type of device as a power generator.

“We’re starting with a plasma produced from the noble gas helium. We’re not changing over to the actual investigation object, a hydrogen plasma, until next year,” project leader Professor Thomas Klinger stated in the release.

“This is because it’s easier to achieve the plasma state with helium. In addition, we can clean the surface of the plasma vessel with helium plasmas,” he continued.

The objective of fusion research is to develop a power source that is environmentally friendly and produces energy from the fusion of atomic nuclei, similar to the process that powers the Sun. Since the fusion fire only ignites at temperatures of more than 100 million degrees, the fuel – a thin hydrogen plasma – must not come into contact with cold vessel walls.

Using magnetic fields, the plasma floats virtually free from contact inside a vacuum chamber. For the magnetic cage, two different designs are available: The tokamak and the stellarator. Both types are being investigated at the IPP.

Read This Next
Futurism
Uranium From Seawater Could Keep Our Lights On for 13,000 Years
Futurism
Cracking the “Americium Problem”—Researchers Find a Way to Safely Store Nuclear Waste
Futurism
Toshiba Unveils the Robot That Will Dismantle the Fukushima Nuclear Plant
Futurism
Space Probe Helps Design World's First Portable Electric Car Charger
Futurism
Nuclear Fusion Breakthrough Explained: What Is a Stellarator Machine?
More on Robots & Machines
From the Dept. of...
12:00 AM on futurism
The Best Exercise Bikes of 2023
It's Nothing Pers...
Yesterday on the byte
Scientists Create Shape-Shifting Robot That Can Melt Through Prison Bars
From the Dept. of...
Yesterday on futurism
The Best Smart Lights of 2023
READ MORE STORIES ABOUT / Robots & Machines
Keep up.
Subscribe to our daily newsletter to keep in touch with the subjects shaping our future.
+Social+Newsletter
TopicsAbout UsContact Us
Copyright ©, Camden Media Inc All Rights Reserved. See our User Agreement, Privacy Policy and Data Use Policy. The material on this site may not be reproduced, distributed, transmitted, cached or otherwise used, except with prior written permission of Futurism. Articles may contain affiliate links which enable us to share in the revenue of any purchases made.
Fonts by Typekit and Monotype.