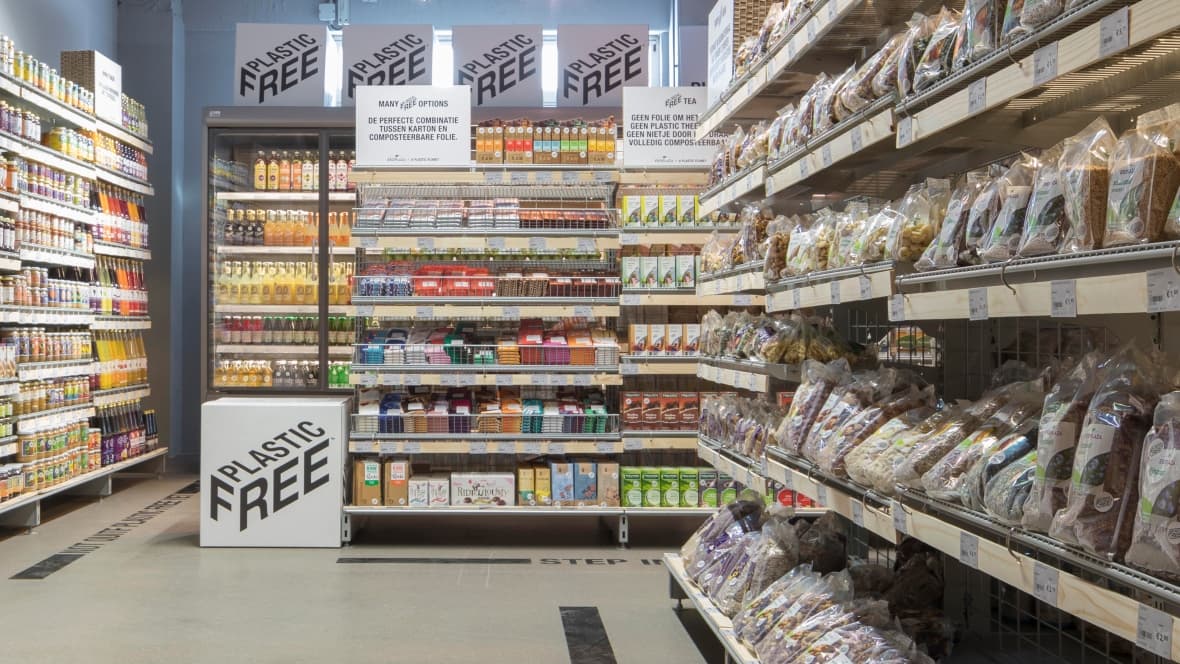 Image by A Plastic Planet

Thanks to the actions of one supermarket, people might think twice about how their food is packaged. On Wednesday, Dutch supermarket Ekoplaza introduced Amsterdam's first plastic-free aisle. This move follows a global wave of interest in reducing food packaging, and minimizing the amount of plastic we use on a daily basis.

The aisle holds 700 items, which range from yogurt to chocolate, rice, fresh produce, and even meat. This plastic-free aisle will not be completely devoid of packaging, however. If items are packaged at all, it will be with metal, glass, cardboard, or compostable materials.

As described in a statement by Sian Sutherland, co-founder of advocacy group A Plastic Planet, “There is absolutely no logic in wrapping something as fleeting as food in something as indestructible as plastic." A Plastic Planet has long been campaigning for plastic-free aisles as one of the simplest ways to cut down on rampant plastic pollution.

Those walking into the aisle for the first time might be a bit confused, as some of the items look as though they're plastic-wrapped. But this "plastic" is actually a biofilm made from plants, which breaks down within 12 weeks in a composter.

Bought some Dutchie local veggies (unpacked) and signature soup - and brought back used glass packaging at home for reuse&recycling. Awesome stuff! Looking fwd to u having it in London soon:) pic.twitter.com/Ks4tO1VYyl

"If we don't do anything about this, 50 years down the road, we will have more plastic than fish in our oceans," Frans Timmermans, the vice president of the European Union's executive body, said to The Guardian in January.

By the end of the year, all 74 of Ekoplaza's stores in the Netherlands will have a plastic-free aisle. Additionally, according to a press release from the supermarket chain, these aisles will serve as a testing ground for compostable packaging, like the biofilm. Introducing new and innovative replacements for plastic could help all of those who are trying to cut down on their plastic use — not to mention creating a shift towards a healthier world.