"PETA challenges Elon Musk to behave like a pioneer and implant the Neuralink chip in his own brain." 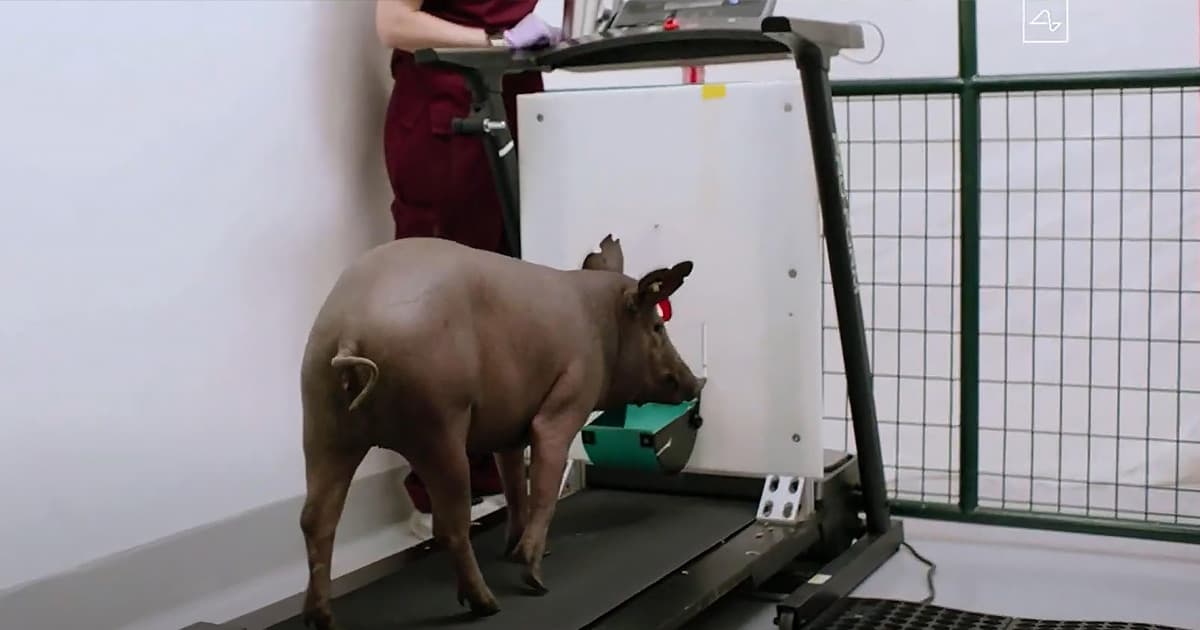 On Friday night, when Elon Musk debuted what his secretive brain interface startup Neuralink has been working on, reactions ranged from the underwhelmed to the baffled.

The demo prompted a furious reaction, though, from the animal rights organization People for the Ethical Treatment of Animals (PETA) — because it revealed that Neuralink has been testing its experimental brain hardware on pigs.

"PETA challenges Elon Musk to behave like a pioneer and implant the Neuralink chip in his own brain," said PETA president Ingrid Newkirk in a statement. She also accused Musk of "exploiting smart, sensitive pigs who didn't volunteer for surgery" and "should be left out of pie-in-the-sky projects."

Unlike Tesla and SpaceX, Neuralink does wade directly into the culture war over animal testing. You can test rockets and electric cars without animal research subjects, in other words, but only the fringiest people would volunteer for brain surgery to try out an untested medical device.

Musk didn't mince words during the event, speaking highly of the pigs as research subjects precisely because they have higher brain functions that are more comparable to humans than small mammals like mice.

"Pigs are actually quite similar to people," he said during demo. "If we're going to figure out things for people, then pigs are a good choice."

"If the device is lasting in the pig, as it lasted in there for two months and going strong, then that's a good sign the device is robust for people," he added.

At the same time, he did show some affection for the animals, introducing an animal handler and showing off a healthy-looking pig that he said had been implanted with a Neuralink device that was subsequently removed.

"Musk has the brains and ability to use technology, why not wise up to who animals are and show them some respect and try this on himself," she said. "He knew there was going to be a backlash against his use of pigs, and had the nerve to come out with a PR reel in which his lab staff talk about how much they care for the animals he uses."

Read This Next
Eyes Have It
Meet the Neuralink Cofounder Who Left and Started a Competitor That's Now Rapidly Catching Up
Butcher Shop
Neuralink Employees Admit Company Has Killed 1,500 Animals So Far
PDA
Elon Musk Is Faving Posts on Twitter That Are Making Our Skin Crawl With Embarrassment
So Sue Me
Battle Erupts Over Alleged Grisly Photos of Brain-Hacked Neuralink Monkeys
From Our Partners
Build A Robotic Toy Car With This DIY Self-Driving Vehicle Kit
More on Enhanced Humans
Brain-Computer Im...
Jan 3 on the byte
Neuralink Cofounder Says New Company's Eye Implant Could Be "Ultimate" VR Tech
Skull Candy
10. 24. 22 on the byte
A Guy Lost His Eye and Put a Bright Light Into the Socket
Synchron Eyes
8. 23. 22 on the byte
Frustrated With Neuralink's Slow Progress, Elon Musk Approaches Competitor
READ MORE STORIES ABOUT / Enhanced Humans
Keep up.
Subscribe to our daily newsletter to keep in touch with the subjects shaping our future.
+Social+Newsletter
TopicsAbout UsContact Us
Copyright ©, Camden Media Inc All Rights Reserved. See our User Agreement, Privacy Policy and Data Use Policy. The material on this site may not be reproduced, distributed, transmitted, cached or otherwise used, except with prior written permission of Futurism. Articles may contain affiliate links which enable us to share in the revenue of any purchases made.
Fonts by Typekit and Monotype.