MVPs at the Pyeongchang Games: Robots

Robots provided everything from water and directions to wall art and clean floors. 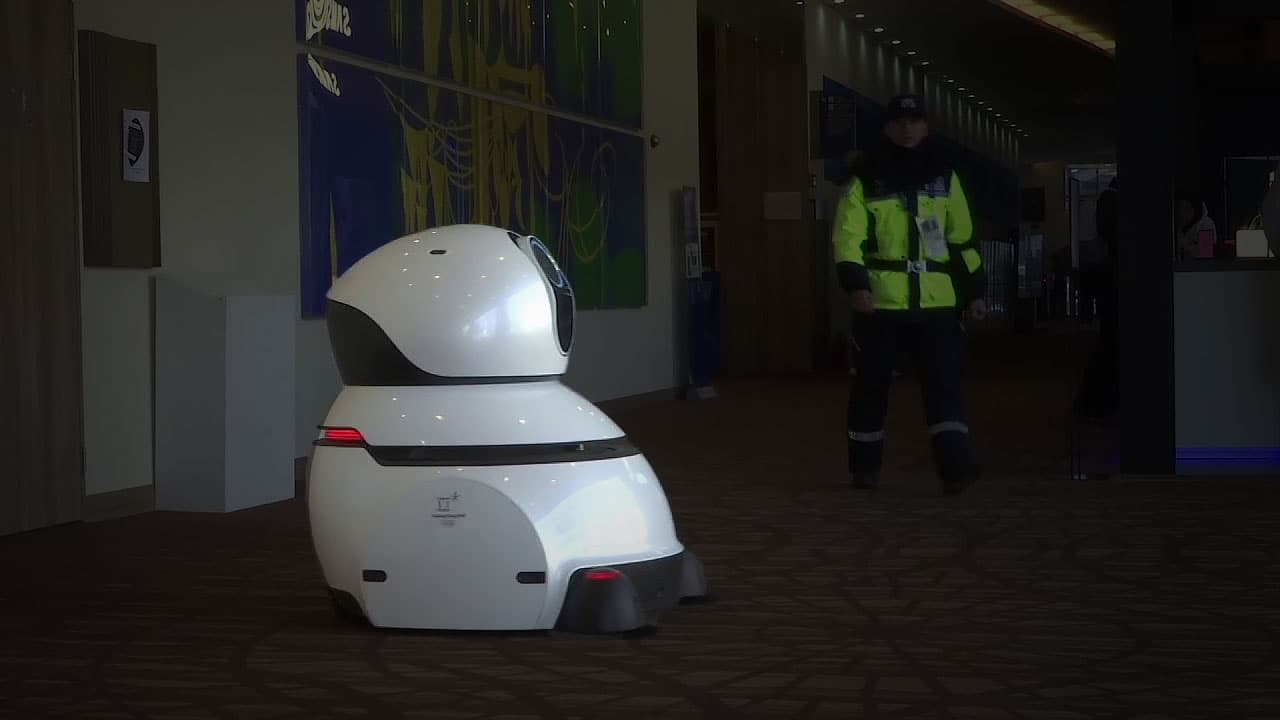 The city of Pyeongchang, South Korea has seen the arrival of the 2018 Winter Olympics, and the thousands, if not millions of attendees, Yet humans haven't been the only ones walking around. Alongside them (and the norovirus) were more than a few robots as well.

As reported by NPR, these Olympic robots came in all shapes and sizes, and have had different tasks to keep them busy — and attendees engaged. Combined, however, they all contributed to South Korea's desire to be seen as a country invested in technology, and its future as part of society. (Though that was probably apparent already through their decision to create a "city" to test self-driving cars.)

Some Olympic robots were entirely harmless, and meant to be observed, like robotic fish and robots focused on painting murals. There were robots vacuuming the floors, too. The fish robots are probably more impressive, showing that our ability to make water-proof technology has come a long way.

Other robots were built to be more helpful. One such robot offered water every hour for 15 minute intervals. Another, named Airstar, acted as a guide and provided directions to those unfamiliar with the area, pointing them towards help desks or destinations like the train station.

None of the robots at the Pyeongchang events were driven by artificial intelligence, and each had a human handler in case things went awry. However, future iterations of these bots could improve their capabilities, and the interactions they have with people — even a little trash talk could go a long way.

We still have a ways to go before we see robots implemented into society on a much larger scale, but they're already being used for more than just giving directions: from joining police forces and becoming retail employees, to handling deliveries and performing operations.

The market for robots is expected to grow significantly over the next several years, and chances are we'll see robots taking on other roles as well. Maybe they'll learn how to make decent shirts by then.

Read This Next
Diner Drama
People Furious at Robot Serving Pancakes at Denny's
Killer Robot Update
Uh Oh, They Strapped a Sniper Rifle to a Robot Dog
Bleep Bloop
Scientists Build "First Living Robots" From Frog Stem Cells
Brands We Love
This LEGO Robot Is the Fun Way to Teach Your Kids About Coding and STEM
Déjà vu
Boston Dynamics Says It'll Sell Robots, But Won't Give Any Details
More on Robots & Machines
From the Dept. of...
12:00 AM on futurism
The Best Desk Lamps of 2023
Robot Ridicule
Yesterday on the byte
Hilarious Video Shows Boston Dynamics Robot Failing Horribly
FROM THE DEPT. OF...
Friday on futurism
The Best Rechargeable Batteries in 2023
READ MORE STORIES ABOUT / Robots & Machines
Keep up.
Subscribe to our daily newsletter to keep in touch with the subjects shaping our future.
+Social+Newsletter
TopicsAbout UsContact Us
Copyright ©, Camden Media Inc All Rights Reserved. See our User Agreement, Privacy Policy and Data Use Policy. The material on this site may not be reproduced, distributed, transmitted, cached or otherwise used, except with prior written permission of Futurism. Articles may contain affiliate links which enable us to share in the revenue of any purchases made.
Fonts by Typekit and Monotype.