What's It Like Working Alongside Automation? How Walmart's New Robots "Fit In"

These helpful bots even wear nametags. 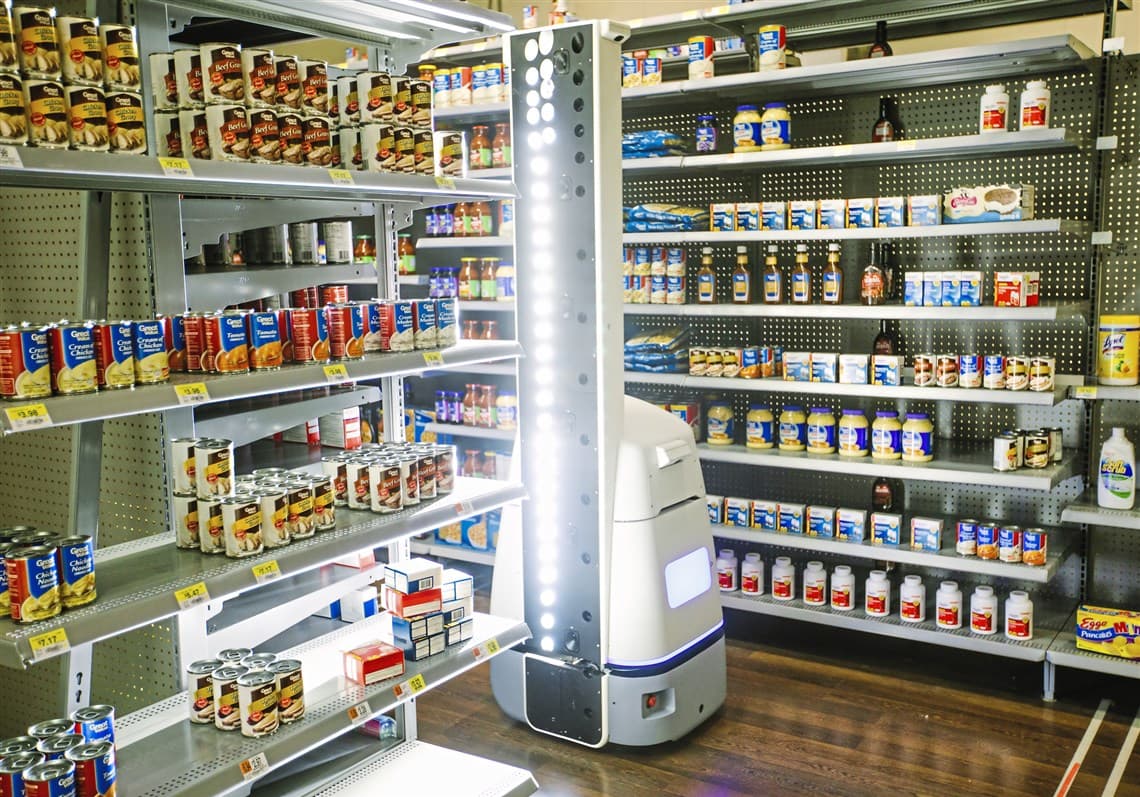 Many workers are anxious about the integration of robots into the workforce because of the potential job losses for people, particularly in low-skilled sectors. But in 50 Walmart locations around the United States, robots from the San Francisco-based robotics firm Bossa Nova are welcomed with open arms. These robots are taking on some of the most tedious tasks: identifying when items are out of stock, finding incorrect prices and missing or incorrect labels. And, according to Martin Hitch, chief business officer at Bossa Nova, who spoke with MIT Technology Review, employees love the bots and surprisingly customers don't seem to care.

Hitch explained that one of the ways that seemed to help the robots "fit in" and be quickly accepted by the staff was that they gave them a name. All of the robots wear employee name badges just like any other member of staff, and it seems to make them easier to work alongside.

Hitch also explained that, while some customers were curious about the bots and asked questions, the majority completely ignored them. He said that this was a surprising response as the managers expected a reaction, whether it be negative or positive. But as it turns out people saw the robots as little more than any other piece of furniture in the store.

So, what is it really like to work and shop alongside a robot? First, a robot is programmed so it will never startle you, beeping as it moves around the store. And along with sound, the bots also use light to communicate that the humans nearby are too close.

But how often are machines used for less inoffensive tasks such as increased surveillance of the workforce? As robots make their way into the workplace, privacy is becoming an increasing concern. The new wristband introduced by Amazon to monitor the activity of its warehouse workers is a case in point.

The wristband tracks hand movements and vibrates to point the worker in the right direction. Could friendly robotic coworkers one day be equipped with similar surveillance capabilities? Could employers decide to kill two birds with one stone and enhance employees' surveillance while saving on cheap labor? As more corporations experiment with the introduction of robots at work, it's becoming clear that job losses are not the only concern that automation raises.

Read This Next
Diner Drama
People Furious at Robot Serving Pancakes at Denny's
Killer Robot Update
Uh Oh, They Strapped a Sniper Rifle to a Robot Dog
Mini-Brain in the Cell Membrane
This Startup's Computer Chips Are Powered by Human Neurons
Bleep Bloop
Scientists Build "First Living Robots" From Frog Stem Cells
Brands We Love
This LEGO Robot Is the Fun Way to Teach Your Kids About Coding and STEM
More on Robots & Machines
FROM THE DEPT. OF...
9:00 PM on futurism
Best Vintage Turntables in 2022
FROM THE DEPT. OF...
8:00 PM on futurism
Best Gaming Chairs Under $100
FROM THE DEPT. OF...
7:00 PM on futurism
Best Mobile Hotspots in 2022
READ MORE STORIES ABOUT / Robots & Machines
Keep up.
Subscribe to our daily newsletter to keep in touch with the subjects shaping our future.
+Social+Newsletter
TopicsAbout UsContact Us
Copyright ©, Camden Media Inc All Rights Reserved. See our User Agreement, Privacy Policy and Data Use Policy. The material on this site may not be reproduced, distributed, transmitted, cached or otherwise used, except with prior written permission of Futurism. Fonts by Typekit and Monotype.