He's going to force a vote that could overturn the FCC's decision. 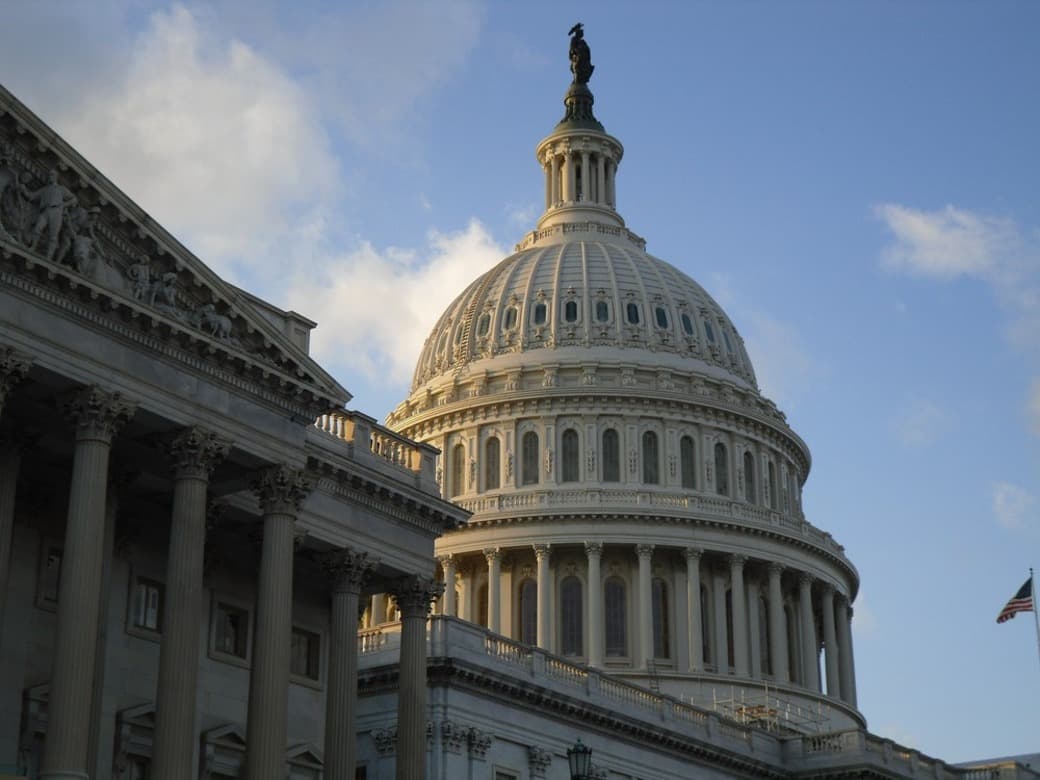 In the week since the Federal Communications Commission (FCC) voted to repeal net neutrality, many people have spoken out against the decision, citing fears of what may follow. Lawmakers and politicians have announced plans to sue the FCC, and some have proposed their own bills to preserve the regulations.

Schumer intends to force a vote on a net neutrality bill that, if passed, would overturn the FCC's ruling. The plan is made possible by the Congressional Review Act (CRA), which enables Congress to reverse agency rules so long as the reversal has majority approval in the House and Senate.

“One, this CRA doesn’t need the support of the majority leader. We can bring it to the floor and force a vote, so there will be a vote to repeal the rule that the FCC passed," Schumer said at a WeWork's press conference, according to a report by The Hill.

“It’s in our power to do that and that’s the beauty of the CRA rule," he added. "Sometimes we don’t like them, when they used it to repeal some of the pro-environmental regulations, but now we can use the CRA to our benefit, and we intend to.”

Despite the efforts of Schumer to get the bill in front of Congress, getting it passed will be no easy task. Republicans outnumber Democrats 239 to 193 in the House of Representatives and 51 to 49 in the Senate (once Doug Jones is sworn in in January), and the vote could be split down the party line.

However, several Republican senators, such as Senator Susan Collins (R-Maine), have spoken out against the repeal of net neutrality, and House Telecom Chairman Marsha Blackburn (R-Tennessee) has introduced her own net neutrality bill, though it has weaker standards than the just-repealed rules.

Still, President Trump could veto any new net neutrality bill that does pass both the House and Senate.

Net neutrality effectively protected consumers and kept things fair online. Without it, internet users and companies in the U.S. could be subjected to the same conditions that currently exist in Portugal, where people often need to pay for additional data, as well as buy packages based on the apps they want to use.

Beyond increasing costs, internet service providers (ISPs) could also block sites simply because they compete with their other businesses.

Needless to say, the way we currently use the internet could become a thing of the past if nothing is done to stop the repeal of net neutrality or pass legislation to the same effect.

Read This Next
This Is Your Mother Calling
The United States Says It's Finally Cracking Down on Robocalls
Brands We Love
The Internet of Things Is the Future and This Training Can Help You Master It
Brands We Love
You Can Get a Lifetime of VPN Protection for Only $35 Right Now
Brands We Love
Learn The Coding Skills You'll Need to Land Your Next Job With These Online Classes
Normal Day
Putin Signs Bill to Create Tightly-Controlled "Russian Internet"
More on Future Society
Gas Giant
Yesterday on the byte
Journalist Eats Lab-Grown Chicken, Gets "Weirdly Gassy"
Musk Rats
Thursday on the byte
Twitter Is Quietly Re-Suspending the Lunatics Elon Musk Let Back On
Going Wireless
Wednesday on futurism
Hackers Took Over a Subdomain of Wired.com for Several Months and Replaced It With Sleazy Online Casino Content
READ MORE STORIES ABOUT / Future Society
Keep up.
Subscribe to our daily newsletter to keep in touch with the subjects shaping our future.
+Social+Newsletter
TopicsAbout UsContact Us
Copyright ©, Camden Media Inc All Rights Reserved. See our User Agreement, Privacy Policy and Data Use Policy. The material on this site may not be reproduced, distributed, transmitted, cached or otherwise used, except with prior written permission of Futurism. Articles may contain affiliate links which enable us to share in the revenue of any purchases made.
Fonts by Typekit and Monotype.