The GOES-17 satellite carries technology that could help us predict extreme weather. 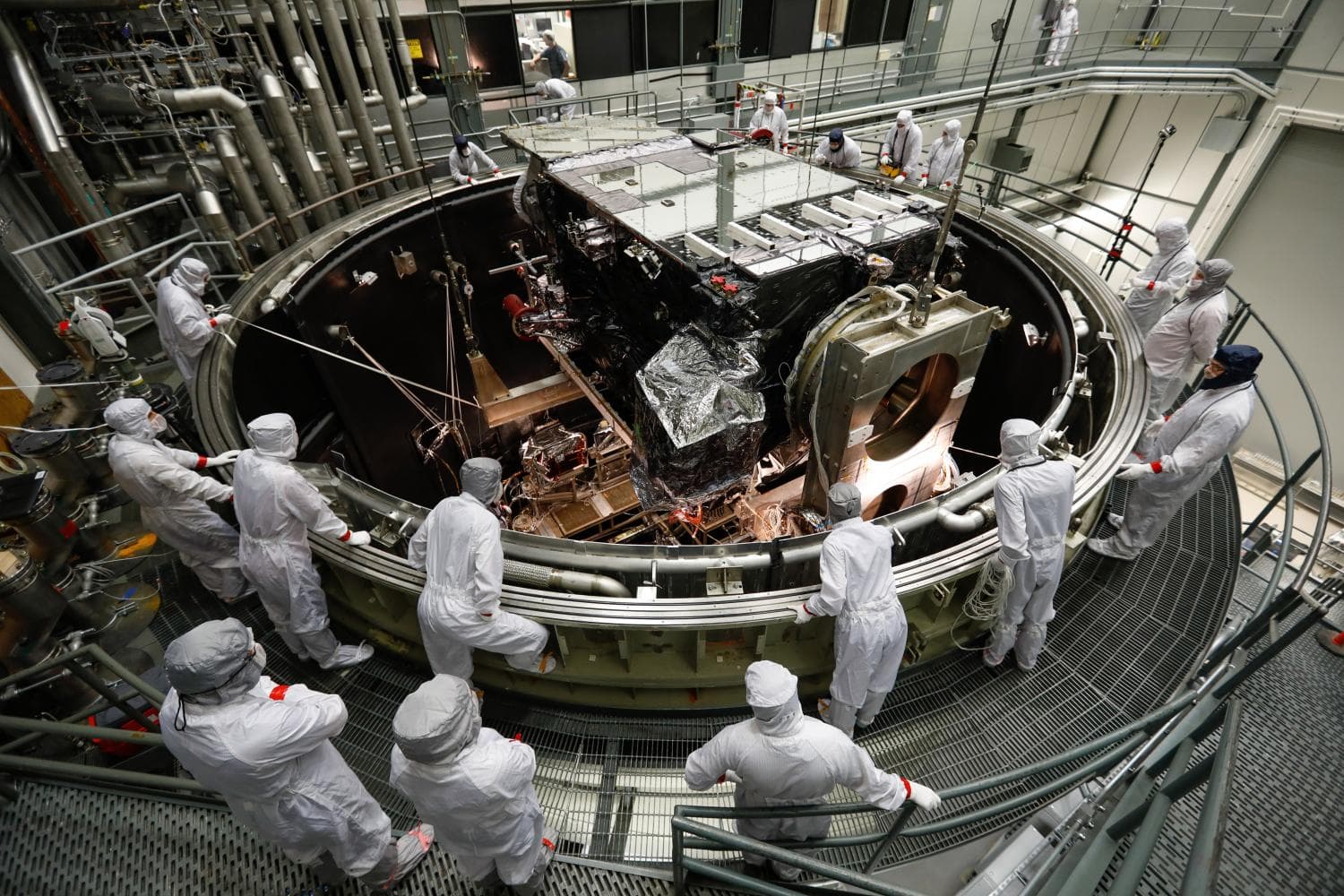 The National Oceanic and Atmospheric Administration (NOAA)'s new satellite that is launching from Cape Canaveral on March 1, 2018 could help scientists to get a better handle on the wild ways climate change is changing our weather.

If the newest Geostationary Operational Environment Satellite, or GOES-S, makes it safely to orbit, it will be one of the most advanced forecasting satellites ever be placed in the atmosphere and dubbed GOES-17. That's especially good news given that extreme weather doesn't always follow pre-climate change rules these days, making it increasingly hard to predict.

GOES-17 and its predecessor GOES-16, launched in November 2016, will work together to monitor a region spanning from the western coast of Africa to the eastern shore of New Zealand. Their broad gazes will encompass much of the Atlantic and Pacific Oceans and all of the continental United States in between.

That breadth will help researchers and weather forecasters get a better picture of weather that makes landfall in the western U.S. — weather that often has origins far out to sea, beyond GOES-16's view. (Don't let that give GOES-16 a bad rap, though — the satellite has already proven its worth, allowing NOAA to quickly evacuate north Texas residents in March 2017 by detecting a series of wildfires from space before residents had even called 911.)

GOES-17 will also have a suite of powerful instruments on board for monitoring weather systems, like the Advanced Baseline Imager, a camera capable of rapidly producing high-resolution images in the visible, infrared, and near-infrared spectra. This represents a necessary upgrade to NOAA's current weather satellites' repertoire; The Verge reports older satellites are still carrying 1990s-era imaging technology.

The new satellite will also carry a system that tracks violent lightning storms — which can be used to predict tornadoes — as well as new instruments that can detect potentially disruptive solar storms and dangerous fog around airports, helping pilots better plan their routes.

NOAA hopes that its new in-orbit technology will improve scientists' prediction of extreme weather akin to the sort that hit the United States in 2017. (In case you've already forgotten, that included two exceedingly destructive hurricanes, one of the longest and most active tornado seasons on record, and the most destructive wildfire season the Western U.S. has ever seen.)

Climate models continue to suggest that higher carbon dioxide levels and a warmer atmosphere is making all sorts of extreme weather both more common and more intense, from unusually hot and wet days to hurricanes and other storms. It comes as little surprise, then, that the World Economic Forum sees extreme weather as one of the biggest environmental risks for humanity in 2018.

With better tools like NOAA's GOES-17 in our atmosphere, humanity may be better prepared for impending extreme weather events, and scientists can work towards forecasting what's coming on the horizon with greater efficacy.

Read This Next
Tornado Watch
Tornadoes Like Kentucky's May Be Getting Stronger Due to Climate Change, Scientists Say
Futurism
California's Future Is Dry, Wet, and Scary
Futurism
New Satellite Could Help Rat Out Methane Polluters
Futurism
Tracking Atmospheric "Rivers" Could Help Us Predict Extreme Weather
Futurism
More Storms May Be Inevitable If We Don’t Meet The Goals Of the Paris Accord
More on Earth & Energy
Imagine Dragons
Yesterday on the byte
Miners Say "Sorry" for Losing Highly Radioactive Object Along Highway
Rock Battery
Jan 28 on the byte
Researchers Successfully Turn Abandoned Oil Well Into Giant Geothermal Battery
Do The Worm
Jan 27 on the byte
Scientists Name "Funky Worm" Amphibian After a Weird 70s Funk Song
READ MORE STORIES ABOUT / Earth & Energy
Keep up.
Subscribe to our daily newsletter to keep in touch with the subjects shaping our future.
+Social+Newsletter
TopicsAbout UsContact Us
Copyright ©, Camden Media Inc All Rights Reserved. See our User Agreement, Privacy Policy and Data Use Policy. The material on this site may not be reproduced, distributed, transmitted, cached or otherwise used, except with prior written permission of Futurism. Articles may contain affiliate links which enable us to share in the revenue of any purchases made.
Fonts by Typekit and Monotype.