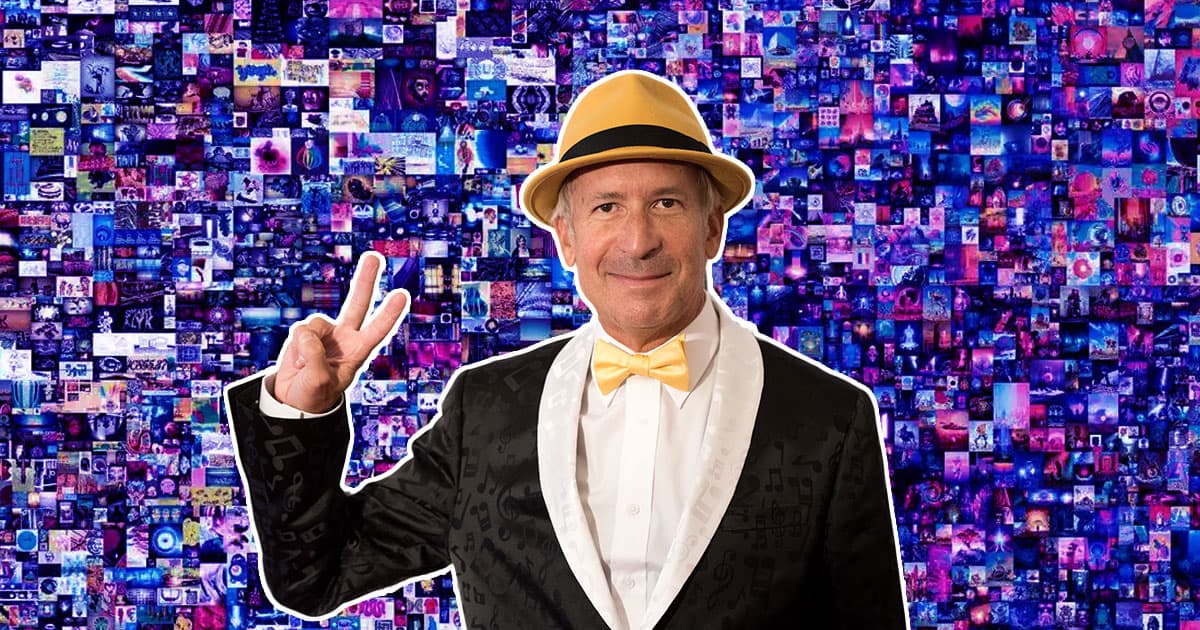 When it comes to crypto and NFT news, it’s hard to discern what’s fact and what's fiction. A primo example comes from a new article that appears on the website of the storied magazine Rolling Stone — except that, according to extremely fine print, it was actually paid for.

Larry Dvoskin, an NFT entrepreneur and former Grammy-nominated musician, wrote the article as part of the "Rolling Stone Culture Council" — a controversial way for the aging magazine to make money by letting people with money cough up a $1,500 annual fee, as well as $500 upfront, to publish official-looking articles that are actually pay-to-publish fluff.

The program earned near-universal scorn when it launched last year.

Much of the criticism focused on the way the program blurs traditional lines between sponsored content and real journalism, hiding the disclosure that the article is "fee-based" until you hover your mouse cursor over a small disclaimer. A vague line at the top of the story also says that the piece does "not reflect the views of Rolling Stone editors or publishers."

That might be because the content is often, well, embarrassing. Dvoskin’s article, for instance, is titled "How to Be a Successful NFT Entrepreneur Based on My Experience" and boasts about his experience in the NFT industry while bloviating about the future of the crypto world.

He also buzzes about how NFTs represent "a quantum shift in our culture" while offering advice for how folks can make money off of the trend.

All told, it's a cautionary tale about sponsored brandbuilding masquerading as objective journalism or analysis — and what happens when that troubling trend intersects with the hype-filled world of crypto.

It also calls into mind more egregious examples of sponsored content gone awry such as when The Atlantic published a piece from the Church of Scientology in 2013 — although that piece, to be fair, was much more clearly marked as sponsored content.

To see a piece uncritically discussing NFTs under the magazine’s storied banner is jarring and a truly dark artifact of late-stage capitalism. It’s also something that we’ll no doubt see more of as financially-struggling media companies attempt to find additional revenue streams.

For now, we can only hope that the labeling and disclaimers forefronting the articles in the “Culture Council” are enough to make sure that people discern them from actual journalistic endeavors. Still, it’s a bad look and an unfortunate harbinger of things to come.

More on NFTs: Knockoff eBay NFTs Are Kind of Based, Actually

Read This Next
SBF'ed Up
Sam Bankman-Fried Was a Horrible Boss, Former Exec Says
Beanbag Chair Musings
Sam Bankman-Fried, Bored on House Arrest, Starts a Substack
Sometimes You Winkleviin, Sometimes You Winklevose
Former Employees Say Problems Were Obvious at the Winklevoss' Exchange Before It Paused Withdrawals
A Lesson in Digging Your Own Grave
An Interviewer Asked Sam Bankman-Fried If He'd Been Honest and His Answer Was Bizarre
SBFX
Leaked Messages Show FTX Insiders Begging SBF to Step Down as Crisis Deepened
More on Blocknik
Floored Apes
4:42 PM on the byte
Whoops! It Turns Out The Bored Ape People Didn't Copyright Their JPGs
Hi Haters
Jan 20 on the byte
Owner of Infamous Davos Bitcoin Car Gets Sensitive Over Crypto Criticism
Davos Daggers
Jan 19 on the byte
Influential Economist Tells Davos Elites That Crypto Is a Complete Scam
READ MORE STORIES ABOUT / Blocknik
Keep up.
Subscribe to our daily newsletter to keep in touch with the subjects shaping our future.
+Social+Newsletter
TopicsAbout UsContact Us
Copyright ©, Camden Media Inc All Rights Reserved. See our User Agreement, Privacy Policy and Data Use Policy. The material on this site may not be reproduced, distributed, transmitted, cached or otherwise used, except with prior written permission of Futurism. Articles may contain affiliate links which enable us to share in the revenue of any purchases made.
Fonts by Typekit and Monotype.