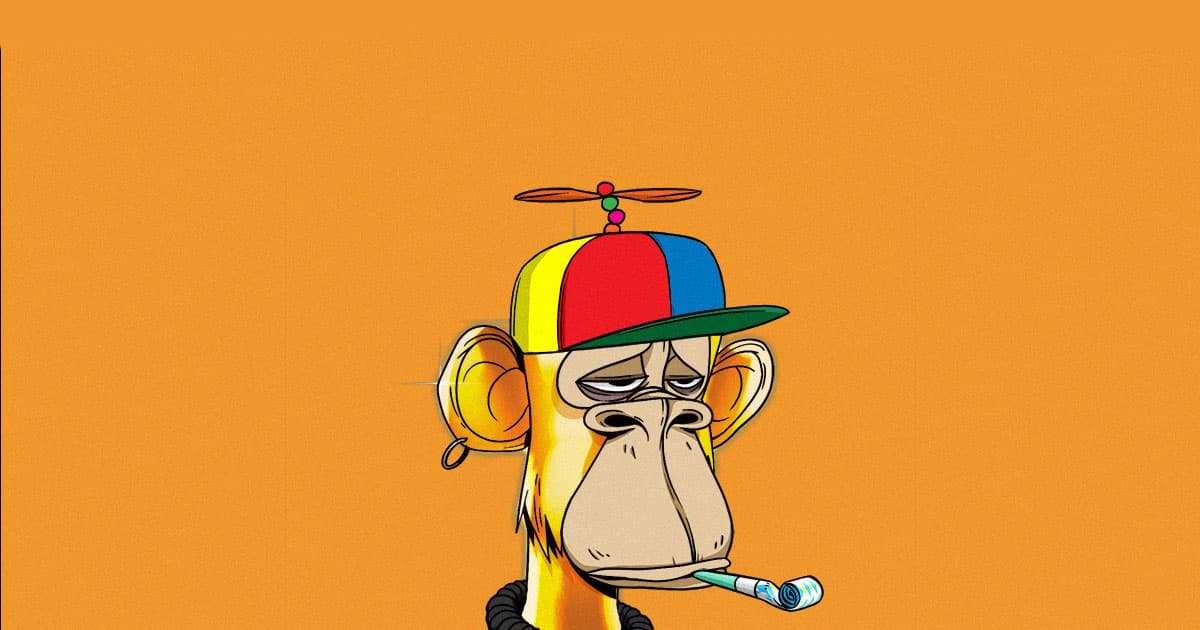 Report: The NFT Bubble Could Be Starting to Burst

It's not quite that simple.

It's not quite that simple.

The NFT market is starting to cool down, Bloomberg reports. The average trading value of the nonfungible tokens has dropped precipitously lately, declining from a record $6,900 at the beginning of the year to under just $2,000, according to NFT tracker NonFungible.

The trend has only accelerated ever since Russia started the invasion of Ukraine, a great source of global uncertainty that's dealt a major blow to markets across the board.

Is this the last stop on the NFT gravy train? There's certainly some evidence that the hype is really starting to cool down — but the situation is more nuanced than that, with the number of unique traders getting into NFTs still on the rise.

Besides, as recent history has shown, the crypto world is full of surprises.

Global uncertainty and political unrest are likely contributing factors to the overall decline.

"What I would say is the last week or so has seen a significant decline — perhaps as much as 40 percent — in floor prices for the most desirable NFTs," Bloomberg writer and crypto investor Aaron Brown told Bloomberg.

Some collectors are starting to cut their losses. One user sold a Bored Ape Yacht Club NFT today for $224,000 in a $67,800 loss, as Fortune points out.

Increased scrutiny from US regulators could also be contributing to the decline. The Securities and Exchange Commission (SEC) announced this week that it's investigating whether NFTs are securities and should therefore be regulated as such, according to a separate Bloomberg report.

It's also a jumble of mixed signals, as not every NFT marketplace is affected. Bored Ape Yacht Club NFTs saw sales rocketing 59 percent over the last week, according to NFT data management website DappRadar. CryptoPunks were also up 118 percent.

"Trading volumes are down in general, but the demand measured by the number of unique traders and sales count is increasing," Dapp Radar analyst Pedro Herrera told Bloomberg. "So while we’re seeing less volume, there’s more activity, even though Ukraine’s conflict is definitely driving away the attention from trading."

It's hard to say where the NFT market is headed next. And in the crypto world, it wouldn't be the first dip and subsequent rise.

More on NFTs: Knockoff eBay NFTs Are Kind of Based, Actually

Double Dogg
NFT Conference Allegedly Hires Snoop Dogg Impersonator to "Drum Up Excitement"
Tuesday
Read More
Web Gris
Blockchain Guy Struggles to Explain a Single Practical Use for Web3
Jun 16
Read More
Experimental Apes
Lawyers Ponder Whether Stealing an NFT Should Give You Legal Rights to It
Jun 8
Read More
+Social+Newsletter
TopicsAbout UsContact Us
Copyright ©, Camden Media Inc All Rights Reserved. See our User Agreement, Privacy Policy and Data Use Policy. The material on this site may not be reproduced, distributed, transmitted, cached or otherwise used, except with prior written permission of Futurism. Fonts by Typekit and Monotype.