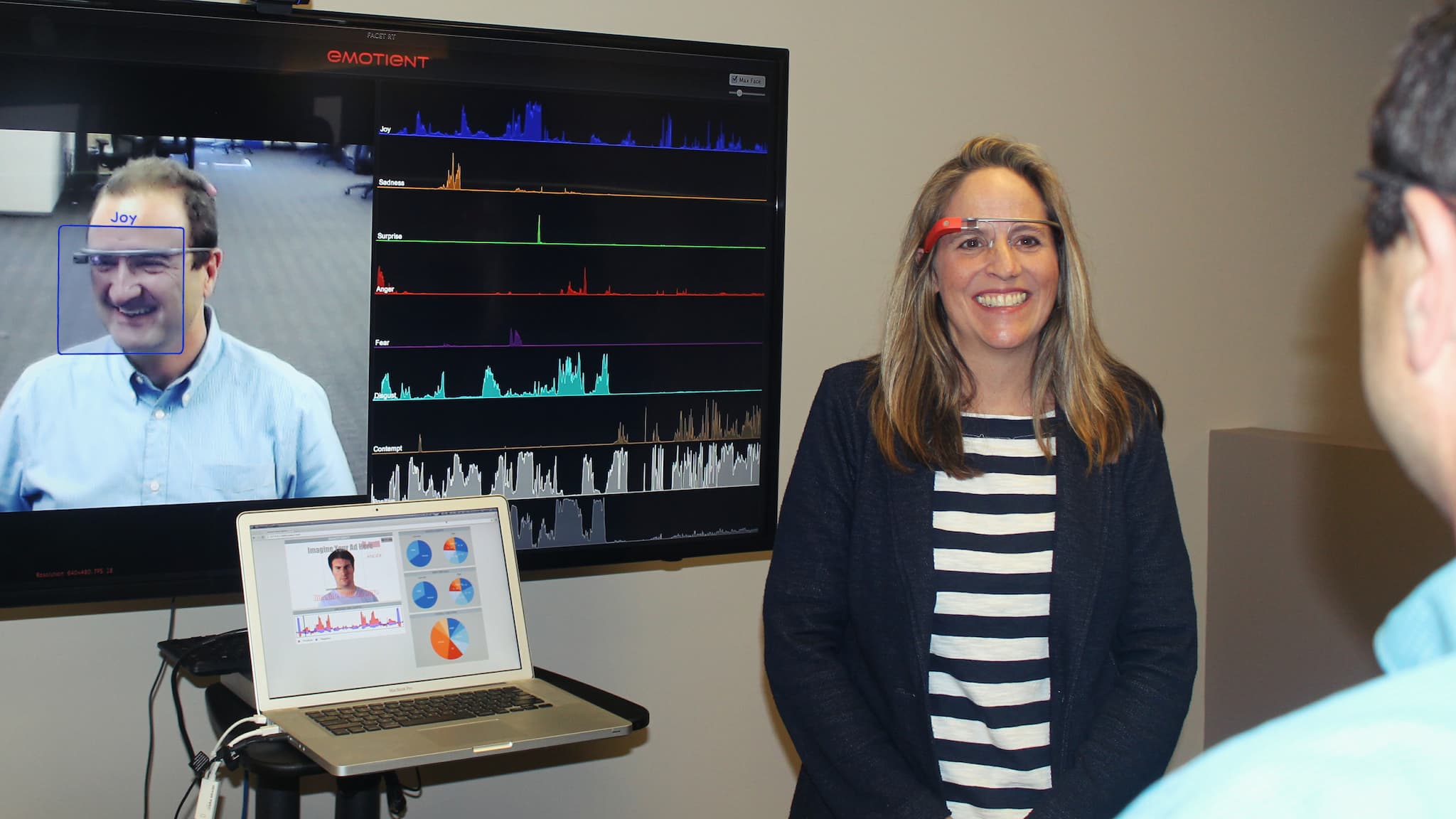 James Cicon, a finance professor at University of Central Missouri built software that can analyze emotions through facial recognition.

Analysis of emotion based on facial imagery traces back to research conducted in the 1970s by Dr. Paul Ekman, who believed facial expressions betray emotions that run counter to people's words.

The psychologist developed a catalog of more than 5,000 micro-expressions, tiny muscular movements in the face that, he contended, signal feelings universally across human cultures.

Cicon, building on Ekman's work, used the software to analyze the faces of Fortune 500 executives for signs of fear, anger, disgust, and surprise. He found that the motions correlated with profit margins, returns on assets, stock price moves, and other measures of performance at the companies.

Cicon and his team found that negative emotions, such as fear, anger, and disgust correlated positively with financial performance. CEOs whose faces during a media interview showed disgust were associated with a 9.3% boost in overall profits in the following quarter. CEOs who expressed fear saw their companies' stock rise .4% in the following week.

Cicon pointed to psychological research to explain why these negative emotions were a sign of positive movement in share price. “Fear is widely recognized as a powerful motivator. Thus it is not surprising to find that a CEO who appears fearful under interrogation is perceived by the market as a CEO who will work harder to increase firm value," explains Cicon.

The results of Cicon's study could be of interest to investors, analysts, and journalists. In hopes of expanding on the study, Cicon plants to eventually teach the software to measure degrees of sincerity and truthfulness. The implications of this technology go beyond financial meetings. Such technology could have a future in criminal justice or in certain therapies.

There are certain concerns associated with the software, though. Accuracy has been an issue from the beginning, but it hasn't been tested independently as of yet. There are also concerns that a tool like this could run the risk of misuse. A misinterpreted emotion on a CEO's face, for instance, might contribute to market swings that cause a company to lose or gain value based on inaccurate information.

Cicon's results will be published in the Journal of Behavioral Finance in a forthcoming paper.

Read This Next
Mini-Brain in the Cell Membrane
This Startup's Computer Chips Are Powered by Human Neurons
Biological Code
The World's First Reprogrammable DNA Computer is Here
Virtual Combat
The U.S. Army Is Using Virtual Reality Combat to Train Soldiers
War Machine
Russia Is Planning A "Ground Force" of Armed Military Robots
Killer Robots
Scientists Call for a Ban on AI-Controlled Killer Robots
More on Robots & Machines
Balloon Pop
Yesterday on the byte
Footage Shows Chinese Balloon Being Shot Down
From the Dept. of...
Thursday on futurism
The Best Mini Fridges of 2023
Blow Up Doll
Monday on the byte
Ukraine Accuses Russia of Using Inflatable "Dummy Tanks," Which Deflated
READ MORE STORIES ABOUT / Robots & Machines
Keep up.
Subscribe to our daily newsletter to keep in touch with the subjects shaping our future.
+Social+Newsletter
TopicsAbout UsContact Us
Copyright ©, Camden Media Inc All Rights Reserved. See our User Agreement, Privacy Policy and Data Use Policy. The material on this site may not be reproduced, distributed, transmitted, cached or otherwise used, except with prior written permission of Futurism. Articles may contain affiliate links which enable us to share in the revenue of any purchases made.
Fonts by Typekit and Monotype.