After New Horizons, What Will We Explore Next? 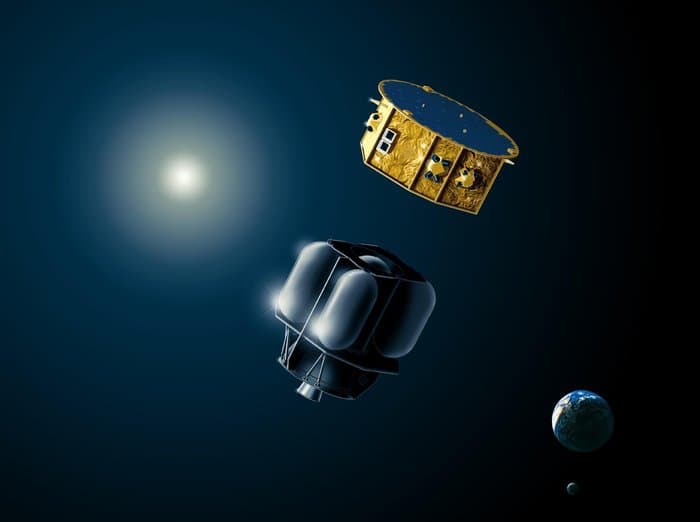 The summer of 2015 was a pretty good one for space exploration. The Philae lander woke up, however briefly; Rosetta continues beaming back plenty of data from Comet 67P; Dawn is doing the same from dwarf planet Ceres. Then, of course, there's New Horizons: the probe that sensationally explored Pluto and its moons. It will now make its way deep into the Kuiper belt. Being that no other planet remains unexplored,  it’s only natural to wonder what comes next. Here are some upcoming missions:

Although it’s technically a point in space, not a celestial body, Earth-Sun L1—precisely the point between Earth and the Sun where their gravitational fields cancel each other out—is scientifically significant. Since it’s one of the most gravitationally neutral spots in the solar system, it's the perfect place to study gravity.

This October, the European Space Agency (ESA) is launching LISA Pathfinder: the first part of the ESA’s complex LISA mission. LISA is designed to detect gravitational waves—theoretical ripples in the fabric of space-time caused by objects with immense gravity wells. While there are already gravitational wave detectors on Earth, the idea is that a larger space-based detector will be more sensitive, which will hopefully increase the odds of detecting one. However, the mission presents several unique engineering challenges. That’s where LISA Pathfinder comes in.

The probe is set to provide 'proof of concept' for the critical technologies that will be used by the LISA detector. For instance, the detector is made of three separate subunits, and all must be able to remain at specific distances from one another. It is therefore important to ensure that we can control the positions of our spacecraft with accuracy. To do this, LISA Pathfinder will carry two test masses, and attempt to control the positioning of them very precisely. It will also attempt to prove an aspect of general relativity by measuring whether the test masses move in the way predicted by Einstein.

Due to its intense atmospheric and surface conditions, little is known about Earth's closest neighbor. Landers can only survive for only a few minutes, and most can't see through its opaque cloud cover. Over the years, around two dozen probes have been successfully dispatched, yet its geology, meteorology, and history remain largely a mystery.

Most of the recent Venus data came from Venus Express, but that mission ended in 2014—when the orbiter ran out of fuel. In 2010, Japan launched Akatsuki to supplement and eventually replace Venus Express.

Akatsuki (Japanese for “Dawn") was initially supposed to begin orbiting Venus in December of 2010, but an orbital maneuver gone wrong made its engines misfire, and pushed it off-course. The Akatsuki team will be given another chance this December, however, when they will attempt a second orbital insertion. If successful, Akatsuki will orbit Venus for at least two years, studying the Venusian atmosphere using its ultraviolet and infrared cameras, and determining whether lightning and volcanoes exist on its surface.

The biggest planet in the solar system also holds the biggest mysteries. For instance, scientists still have no idea what gives Jupiter’s Great Red Spot its color, whether Jupiter has a core (and what, if anything, it’s made of), and what exactly is happening in its atmosphere. The last mission to Jupiter, Galileo, addressed some of these questions, but it ended almost twenty years ago.

Galileo’s successor, Juno, was launched in 2011, and is scheduled to arrive in July, 2016. Juno will be placed into a highly elliptical orbit around Jupiter to avoid spending too much time inside its radiation belts.

It will make thirty-three fourteen-day orbits; Each pass will give Juno a chance to use its sensors and cameras to glean information about Jupiter.

Before the mission ends in 2017, it may also study some of Jupiter’s exotic moons. Ultimate,y Juno will fly into the gas giant, taking readings of Jupiter’s outer atmosphere, until it meets the same end as Galileo.

In 2005, Japan's Hayabusa probe landed on Asteroid 25143 Itokawa, surveyed it and collected samples. Five years later, Hayabusa brought the samples back to Earth. From them, scientists learned a great deal about the composition and origin of asteroids.

JAXA (Japanese Aerospace Exploration Agency) launched a follow-up spacecraft 4 year later, called Hayabusa 2. Hayabusa 2’s mission is similar to the original, but it will be landing on a different asteroid, Asteroid (162173) 1999 JU_3.

Having launched in December, it is expected to reach the asteroid in July 2018. Once there, it will stay for a year and a half, returning to Earth with asteroid samples in December of 2020. Hayabusa 2 is designed to fill the gaps from the first mission, as well as correcting previous mistakes.

These are just a few of the places we’re planning on exploring further in the near future. Rest assured, Pluto wasn't the end!