Fire on Earth's Twin: Rare Volcanoes May be Fuming on Venus 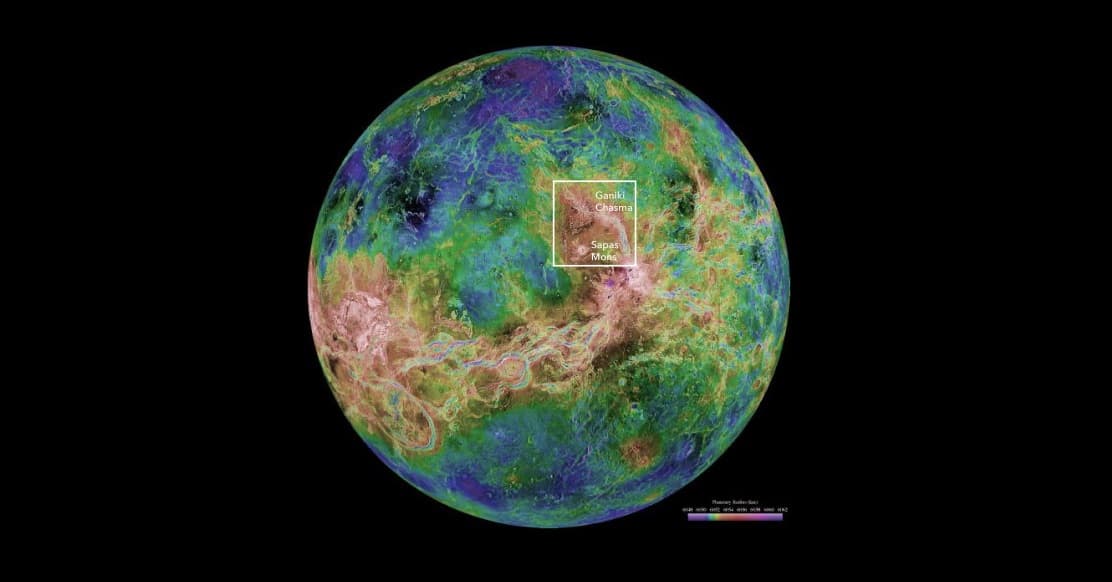 Venus’ thick atmosphere prevents us from getting a glimpse of the planet’s surface, and complicates the study of its complex geology. But that doesn’t stop scientists from unlocking the secrets of Earth’s neighbor. Recently, a team of researchers, led by Eugene Shalygin from the Max Planck Institute for Solar System Research (MPS) in Germany, has revealed the planet’s profound volcanic activity, relying on radar observations.

The research is described in a paper in the Geophysical Research Letters journal.

Earth and Venus have different geologic histories. In contrast to the global plate tectonics that dominates Earth's geodynamics, Venus is characterized by a single global lithospheric plate, like the Moon, Mars, and Mercury. The question of why those two planets differ so much is one of the most fundamental problems in planetary science. The scientists are convinced that the new discovery will bring us one step closer to solving the mystery.

“We were able to show strong evidence that Venus is volcanically, and thus internally, active today,” said James W. Head, a geologist at Brown University and co-author of the paper. “This is a major finding that helps us understand the evolution of planets like our own."

The researchers, using data from the European Space Agency’s (ESA) Venus Express mission, found transient spikes in temperature at several spots on the planet’s surface. The spacecraft conducted a range of observations at different wavelengths, and the scientists used a near-infrared channel of the spacecraft’s wide-angle Venus Monitoring Camera (VMC) to map thermal emission from the surface through a transparent spectral window in the planet’s atmosphere.

The hotspots, which were found to flash and fade over the course of just a few days, appear to be generated by active flows of lava on the surface.

“These four ‘hotspots’ are located in what are known from radar imagery to be tectonic rift zones, but this is the first time we have detected that they are hot and changing in temperature from day to day. It is the most tantalizing evidence yet for active volcanism,” said Eugene Shalygin of MPS, the lead author of the paper.

The hotspots were found along the Ganiki Chasma rift zone. Rift zones are formed by stretching of the crust by internal forces and hot magma that rises toward the surface. This hot material may be then released through fractures as a lava flow.

Ganiki Chasma was already considered to be one of the most recently geologically active regions on the planet, and as the new analysis suggests, it is still active today.

“We knew that Ganiki Chasma was the result of volcanism that had occurred fairly recently in geological terms, but we didn't know if it formed yesterday or was a billion years old. The active anomalies detected by Venus Express fall exactly where we had mapped these relatively young deposits and suggest ongoing activity,” Head noted.

Head’s colleague Mikhail Ivanov had previously mapped the region as part of a global geologic map of Venus generated from the Soviet Venera missions in the 1980s and U.S. Magellan mission in the 1990s. The mapping work had shown that the area was quite young, geologically speaking, but just how young wasn’t clear until the new findings.

Håkan Svedhem, ESA’s Venus Express project scientist, added that now we can include Venus in the small club of volcanically active Solar System bodies. As a matter of fact, the new club member is really active and changing in the present day.

But to gather new data, we will have to wait for the Japanese probe Akatsuki to arrive, as the Venus Express spacecraft ended its mission in January 2015, with a plunge into the planet’s atmosphere. Akatsuki, slated to enter Venus’ orbit in December 2015, after one unsuccessful orbital injection in 2010, will image the surface in ultraviolet, infrared, microwaves, and radio, looking for more valuable evidence of volcanism on the planet.