What Was Once Considered Cell Waste Could Now Treat Pancreatic Cancer

“This could become a type of personalized medicine." 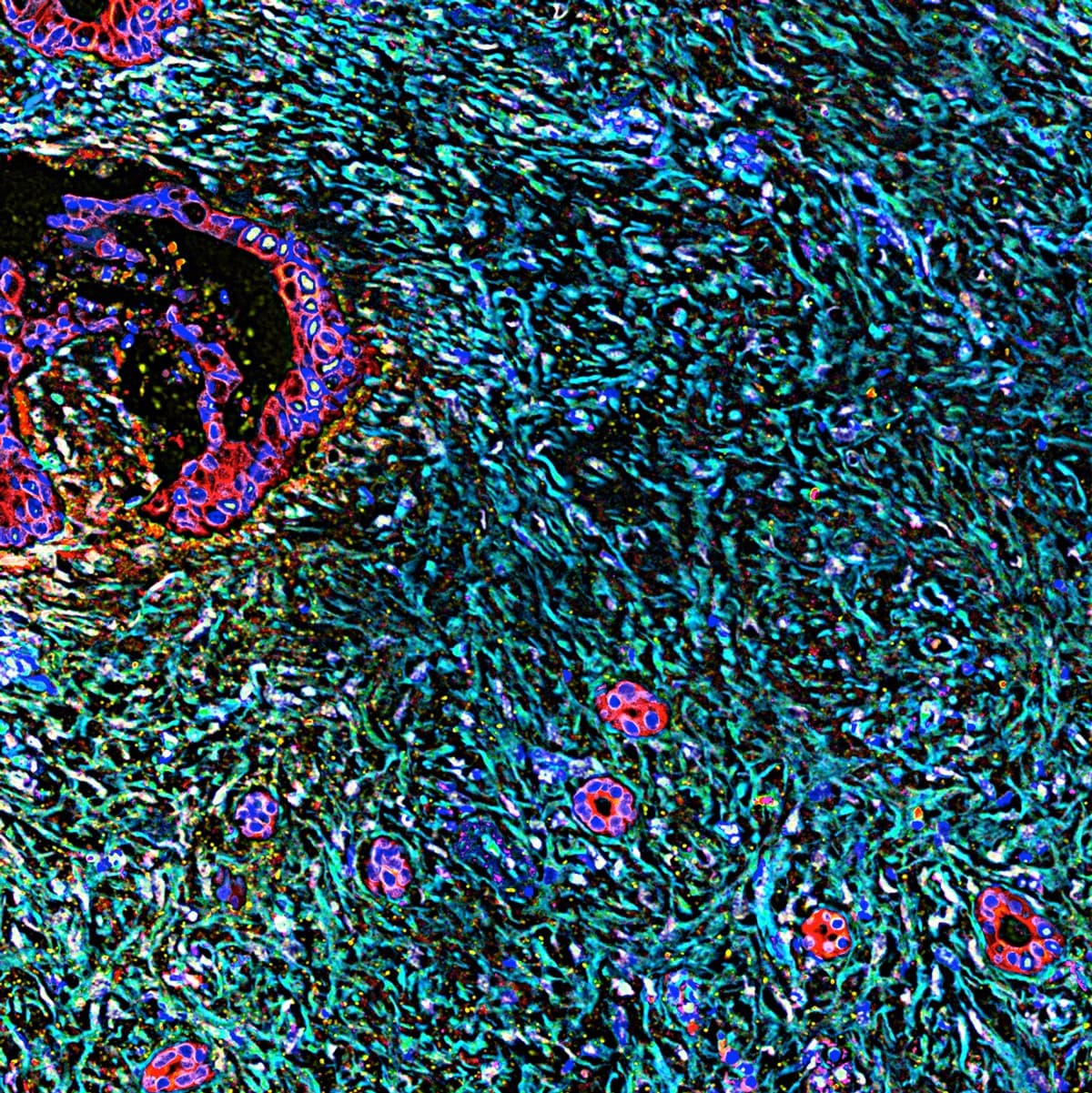 Exosomes, which are microscopic sacs, were initially thought to be simply cell waste, but scientists began to theorize they may play a larger role in cellular activities. These theories were confirmed by recent research, explored in the journal Nature, which demonstrated that exosomes carry things like proteins and RNA, communicating important genetic messages to other cells.

This process isn't just an essential piece of information that was previously misunderstood; it could be used to treat the often incurable pancreatic cancer.

All cells we have studied both release and receive exosomes. These little blobs hold a payload and, like a purposeful spacecraft, find their next destination based off of the instructions included in that haul. This natural communication system is constant and allows essential materials to be transported to and from cells.

To accomplish such a hefty task the team modified exosomes from human foreskin cells so that they would contain types of RNA capable of "shutting off" genes. The gene defined as the target was KRAS, which is linked to pancreatic cancer and the growth and multiplication of cancer cells.

In patients suffering from the disease, this gene is mutated in a way that keeps it permanently "on." So, the introduction of this RNA — thanks to the communication power of the exosome — could potentially stop the cancer's progression.

This method was tested on mice with pancreatic cancer. After the exosomes were injected into the animal, they were able to deliver the RNA to switch off the KRAS gene. This effectively stopped tumor growth — and extended the lifespans of the mice as well. While this has only been tested with pancreatic cancer because of the lack of effective treatment options for it, LeBleu believes it could be modified for other cancers as well.

“This could become a type of personalized medicine," LeBleu said in an interview with MIT Technology Review. "It gives us hope for something more tailored to each cancer case, each patient progression, and each genomic landscape.” Now, while this approach has not yet been tested in humans, the researchers are confident in the potential that this technique holds.

This research explored a previously misunderstood part of cells and revealed a surprising and effective treatment method. But above and beyond that, it has the potential to lead to a reduction in the long list of traumatic side-effects that many cancer patients face because they are subjected to traditional cancer treatments.

Radiation, chemotherapy, and other more traditional treatments are not always as effective as desired and often come with a host of sometimes debilitating side-effects. From pain to nausea and so much more, patients might improve and even go into remission, but the road to get there is staggeringly difficult.

Perhaps, if human trials prove to be successful and this method is further validated and tested, there could be a new treatment option that gives patients promising results without compromising the rest of their health.