This Strange Plant Virus Could Treat Many Cancers

"If a treatment works in dog cancer, it has a very good chance of working, at some level, in human patients." 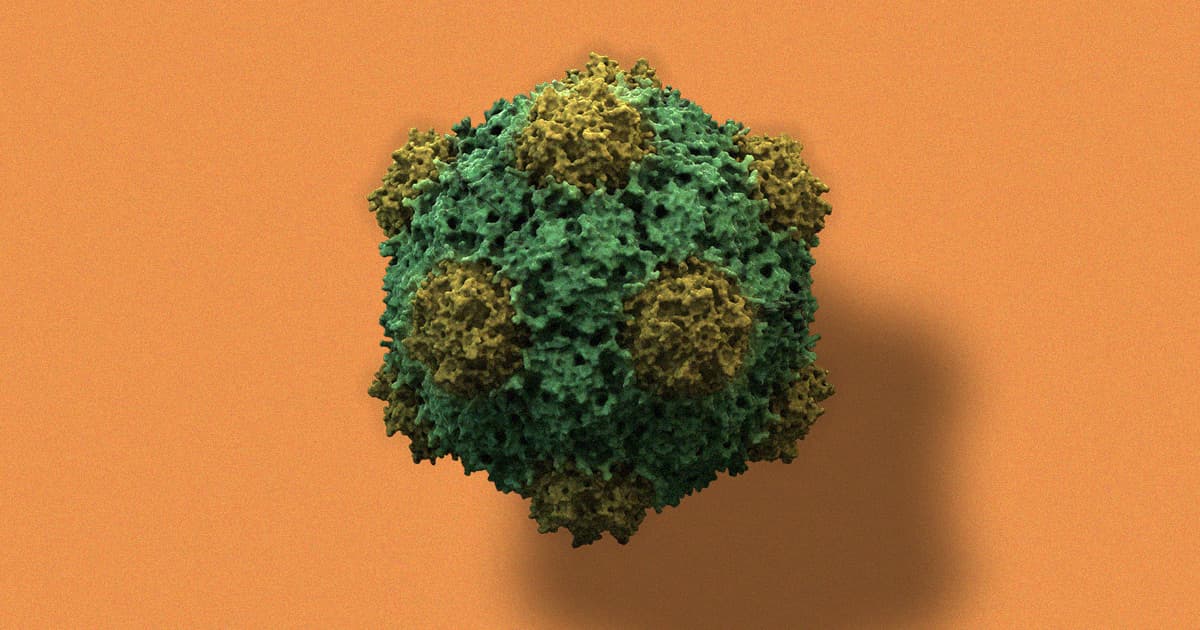 Scientists are using a virus harvested from a common plant to create cancer immunotherapies — and it's already proven to be effective at treating cancer in animals, Wired reports.

In a study involving dogs, a virus harvested from the cowpea plant, the source of black-eyed peas, helped allow the immune system to identify and fight cancer cells. In conjunction with radiation therapy, a high dose injection of deactivated cowpea mosaic viruses directly into the tumor showed great promise as a cancer treatment.

And, researchers say, the same treatment may just work in humans, too.

"If a treatment works in dog cancer, it has a very good chance of working, at some level, in human patients," Jack Hoopes, a veterinary radiation specialist at Dartmouth College involved in the research, told Wired, as dogs are considered the "best model outside of human patients" to test cancer treatments.

The cowpea mosaic virus's particles are symmetrical, meaning that it's easy to modify. They're also as easy to produce as it is to grow the plant in great quantities.

In recent years, the virus has also shown promise in treating melanoma and other types of cancer in mice models, reducing the growth rate of tumors and sometimes even eliminating them entirely.

And thanks to the new immune response, tumors become unlikely to make a return, building a resistance similar to that of a vaccine.

So far, Hoopes has tested the novel treatment on more than 20 dogs. Six dogs with oral cancer never had their cancer return post virus and radiation treatment — especially notable since the recurrence rate for such a cancer is normally around 85 to 90 percent, according to Wired.

Before such a treatment is tested on humans, scientists are still hoping to get a better grasp on how the virus actually works and how it triggers an immune response.

A team of researchers from the University of California received a multi-million dollar grant from the National Institute of Health to develop a bioprinted device that can release plant viruses at regular intervals. The device itself still has to be developed, and then it'll have to await approval from the Food and Drug Administration before it can be used in human trials.

READ MORE: A Common Plant Virus Is an Unlikely Ally in the War on Cancer [Wired]

More on cancer: Doctors Say They Can Kill Tumors by Growing Gold Inside Them