It can detect pulses, breaths, and spider steps. 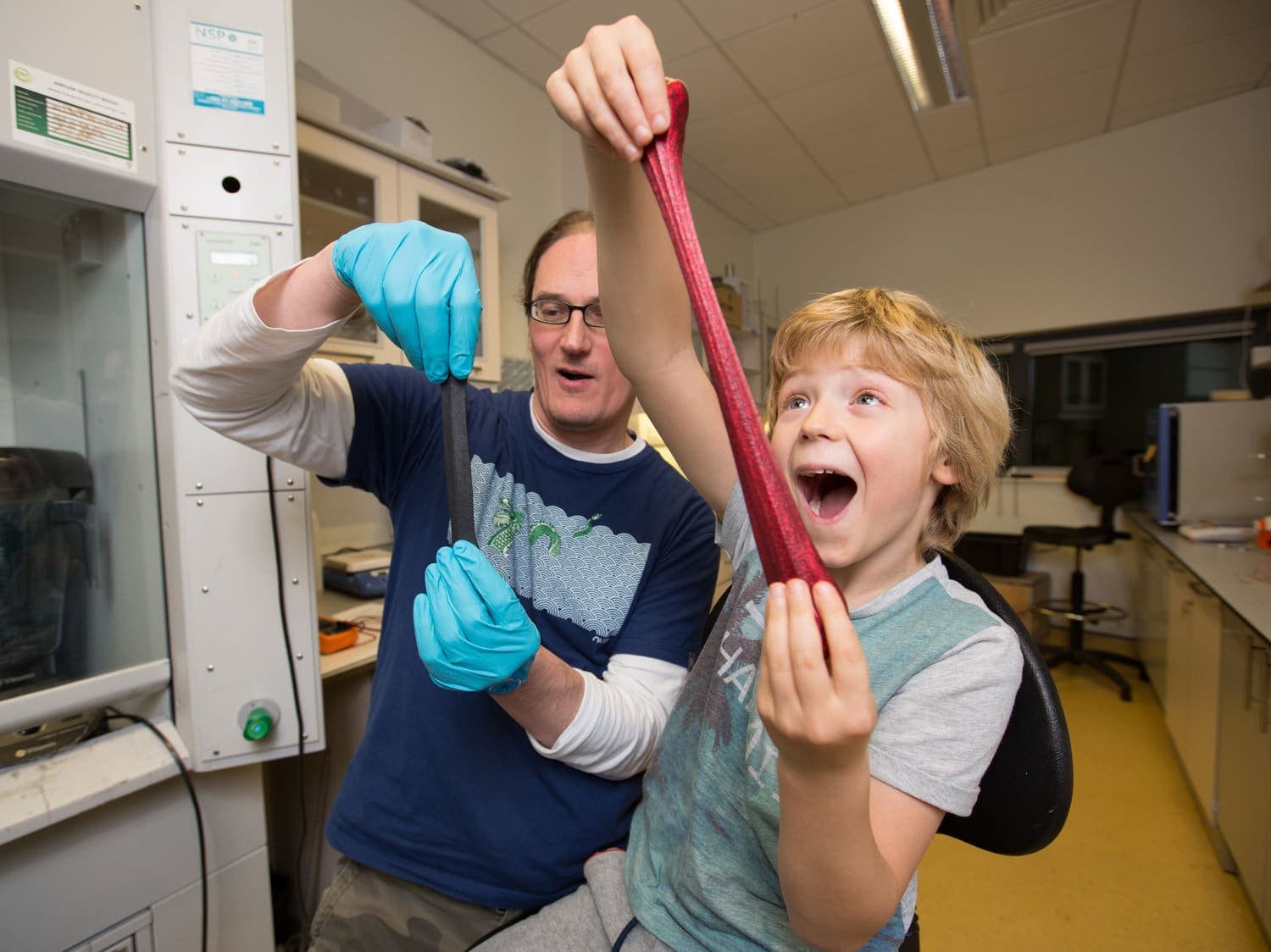 Not So Silly After All

Graphene is a strong, revolutionary material made of elemental carbon that can be stretched to one-atom thick sheets while maintaining its valuable properties. It conducts heat ten times better than copper, and can transmit electricity 250 times better than silicon. Producing it is cheap and easy; you could even make it yourself at home.

Silly Putty, on the other hand, is a combination of boric acid and silicon oil, and was accidentally invented in an attempt to find a cheap alternative to rubber during World War II. Silly Putty ended up being nothing more than a children’s toy (or occasionally being used to hold down tools in zero gravity)…until now.

Scientists from Ireland discovered that combining graphene with Silly Putty results in a conductive material that is ultra-sensitive—so sensitive that it can detect pulses, breaths, and even spider steps.

Trinity College physicist Jonathan Coleman, whose student had the idea to combine the two, found out that Silly Putty retains its bouncy and runny properties, leading to a material that changes its electrical resistance at the slightest bit of pressure.

The resulting composite material has many potential uses, specifically in the biomedical field. The material's ability to detect the tiniest amount of pressure means it can be used as an electromechanical sensor. If you press a small amount against your carotid artery, you can measure someone's pulse and blood pressure.

“Our sensors have sensitivity factors of up to 500. So already, we were hundreds of times better than a typical strain sensor and we used what is essentially a children’s toy and we added a very, very small amount of graphene," said Coleman.

Not only will this novel material be used in health trackers someday, it could help save lives.  “A small amount of nano can really turn the ordinary into something extraordinary,” Coleman said.

The study has been published in the journal Science.

6.27.19
Stacking Graphene Creates Entirely New Quantum States
3.07.18
Graphene Could Be the Superconductor Scientists Always Dreamed Of
2.22.18
A Film Made of Graphene Makes Filtering Dirty Water Easier Than Ever
2.19.18
Scientists Use Graphene to Create Edible Electronics
2.19.18
Soon You'll be Able to Dance, Clap, and Tap to Charge Your Devices