And then he blamed some Gold Star families for infecting him. 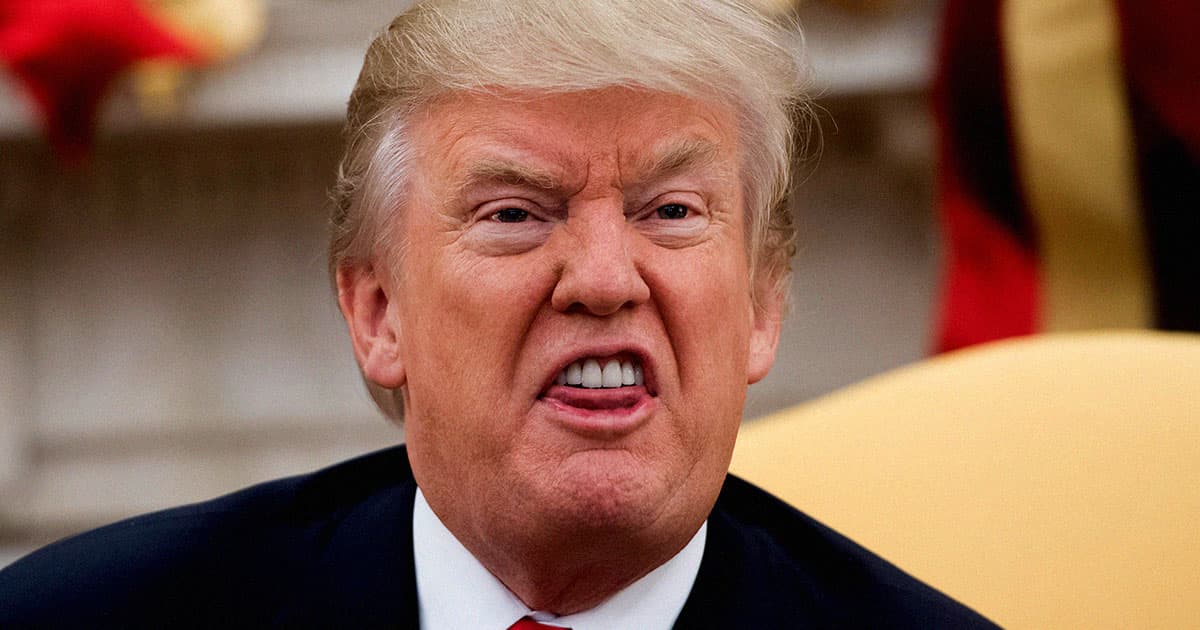 A new book penned by one of former President Donald Trump's high ranking staffers claims that the commander-in-chief tested positive for COVID-19 before interacting, mostly maskless, with countless hundreds of people in the fall of 2020.

As The Guardian reported, the forthcoming book from former White House chief of staff Mark Meadows describes a tense scene aboard Air Force One when it emerged that the commander-in-chief had just tested positive for the coronavirus.

Trump's response, Meadows wrote, "rhyme[d] with ‘Oh spit, you’ve gotta be trucking lidding me.'" We're sure you can decode.

After the call, the chief of staff gave Trump a rapid COVID test, which came back negative. The president took that as an indicator that he had "full permission to press on as if nothing had happened," but Meadows "instructed everyone in his immediate circle to treat him as if he was positive" — a move that turned out to be prescient.

The initial positive test came back on September 26, Meadows wrote, and after the second test came back negative, Trump pressed on with a Pennsylvania rally, with the crowd none the wiser.

As the The Washington Post's timeline noted, Trump's positive test also came back the day before he held an event with veteran families, two days before holding the now-infamous "superspreader" Rose Garden press conference for Supreme Court Justice Amy Coney Barrett, and three before his September 29 debate with Joe Biden, which mandated that both candidates test negative for COVID 72 hours prior.

Naturally, the White House didn't inform the public of any of Trump's COVID tests until October 2, when he got so ill he had to be airlifted to Walter Reed National Military Medical Center and allegedly uttered the now-infamous epithet "Am I going out like Stan Chera?"

In their messaging at the time, Trump's representatives claimed he had tested positive just before he went to the hospital — which, if this timeline is correct, was a flat-out lie.

In his book, Meadows reportedly described how he helped Trump stage various stunts, like his bizarre Walter Reed drive-by and his even-stranger Twitter video, both meant to show he was in good health. Of course, we know now that he was way sicker than the White House let on, and if Meadows' book is to be believed, he was also sicker for longer than we knew, too.

Trump, of course, called his former chief of staff's claims "fake news" in a statement that had to be released via someone else's Twitter because the erstwhile president got himself banned for arguably inciting a riot on his way out the White House.

There's many levels of terribleness to this story, not the least of which being that Trump publicly blamed the Gold Star veterans he breathed on after getting COVID for giving him the plague.

May we thank our lucky stars that we don't have to deal with him anymore... for now, at least.

More on he-who-must-not-be-named: Trump Admitted on Tape That He Knew COVID-19 Was Deadly