"Trump [knew] he should’ve quarantined under CDC guidelines as soon as Hicks test known, but he didn’t." 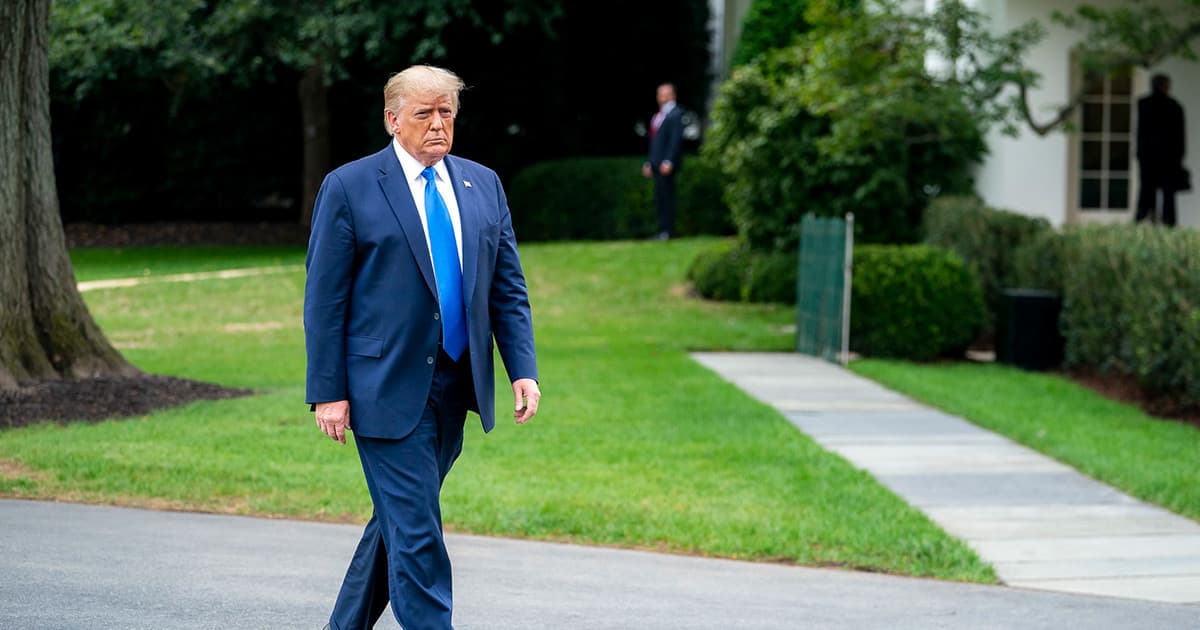 But he didn’t stop meeting with officials and supporters until Thursday evening, when his own test came back positive, meaning that he likely spread the disease to a large number of people — a lack of caution that tracks perfectly with his administration’s flustered, inconsistent national approach to fighting the pandemic.

“Trump [knew] he should’ve quarantined under CDC guidelines as soon as Hicks test known, but he didn’t,” tweeted Eric Feigl-Ding, an epidemiologist at the Federation of American Scientists.

On Wednesday, the day aides noticed that Trump was acting lethargic and hoarse, he held a fundraiser in Minnesota, during which guests — many of them GOP officials — embraced each other and even sang karaoke.

The next morning, the White House learned that Hicks had the bug. Instead of calling off events, though, Trump went ahead and attended a fundraising event that evening, just hours before he himself tested positive.

Now, CNBC reports that the 30 to 50 attendees who came within close proximity of the president are now “freaking out,” according to an anonymous source briefed on the event.

Prior to any of that, The New York Times documented that Trump went unmasked to several fundraisers, rallies, press conferences, and meetings over the past week. This includes the first presidential debate against Democratic nominee Joe Biden, though Biden and his wife both tested negative for COVID-19 after Trump announced his own infection.

Because of the coronavirus’ incubation period, it’s likely Trump could have been spreading the coronavirus during those appointments and events, especially because he almost never wears a face mask.

A number of figures close to Trump have already been tested, including Vice President Mike Pence and his wife Karen, who are reportedly negative.

A number of attendees of the Saturday Rose Garden event at which Trump announced his nomination of Amy Coney Barrett for the Supreme Court have also tested positive, including Senator Mike Lee and Notre Dame President John Jenkins. Barrett tested negative since then, but met with Lee again days before he was diagnosed.

The full implications of Trump’s infection may not be clear for days or weeks until more people are tested and infections run their course. While coming near someone with COVID-19 doesn’t guarantee transmission, the coronavirus can readily spread through the air, potentially putting everyone who was near Trump over the past week at risk.

It’s depressingly consistent that the same President who from the beginning deliberately downplayed the dangers of the pandemic, which has now killed over 208,000 in the U.S., would continue to hold fundraisers in person even after he learned he had been exposed to the virus himself.

Hopefully, as more officials and staff continue to get tested, a clearer picture of the White House’s own COVID-19 spreader events will emerge.

More on Trump: People in Trump’s Age Range Are 90 Times More Likely to Die From COVID-19 Than Young Adults