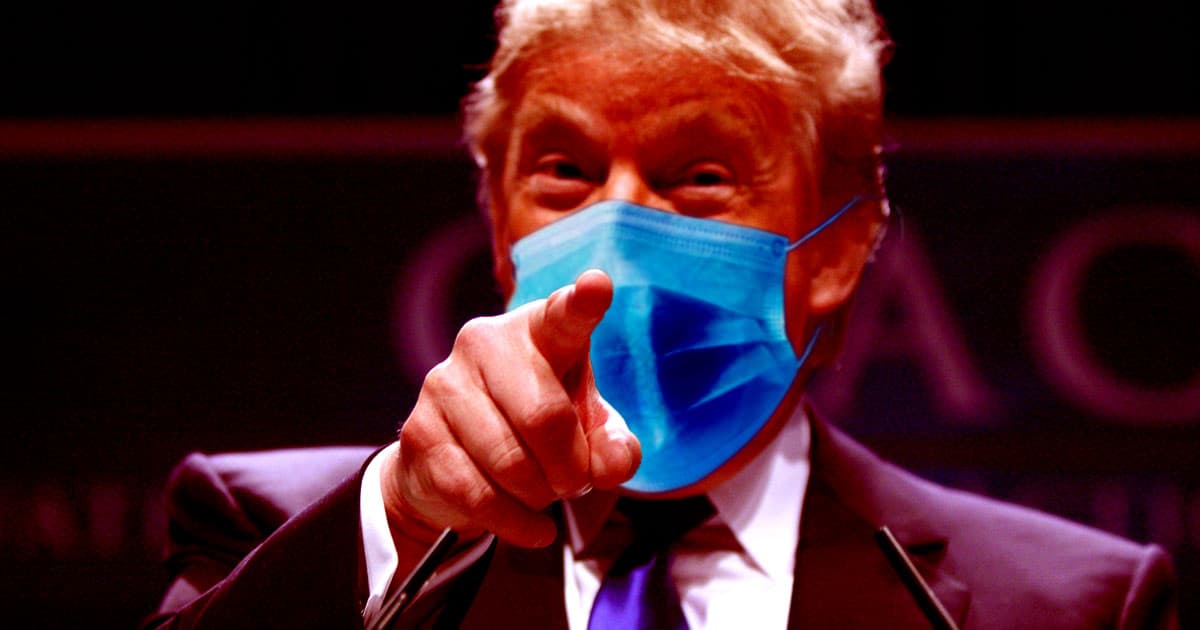 Trump reportedly told his advisers that him wearing a mask would "send the wrong message," NBC News reports.

He told one administration and two campaign officials who remained anonymous that doing so would "make it seem like he is preoccupied with health instead of focused on reopening the nation’s economy," according to NBC.

"It’s a vanity thing, I guess, with him," House speaker Nancy Pelosi said on MSNBC. "You’d think, as the president of the United States, you would have the confidence to honor the guidance he’s giving the country."

"How people cannot wear masks — that to me is even disrespectful," New York governor Andrew Cuomo said a few days ago. "You put so many people at risk because you did not want to wear a mask?"

The news comes after the White House reportedly buried a comprehensive guide for how American businesses might safely reopen penned by health experts at the U.S. Centers for Disease Control and Prevention (CDC).

The document included recommendations on how authorities could bring a semblance of normal life back to communities around the country.

The news also comes after Mike Pence acknowledged he should've worn a face mask during a visit to the Mayo Clinic in New York last week — an action largely decried by observers at the time.

Trump has repeatedly incited citizens in various US states to rebel against lockdown measures on Twitter, writing that Michigan, Minnesota, and Virginia should be "liberated."