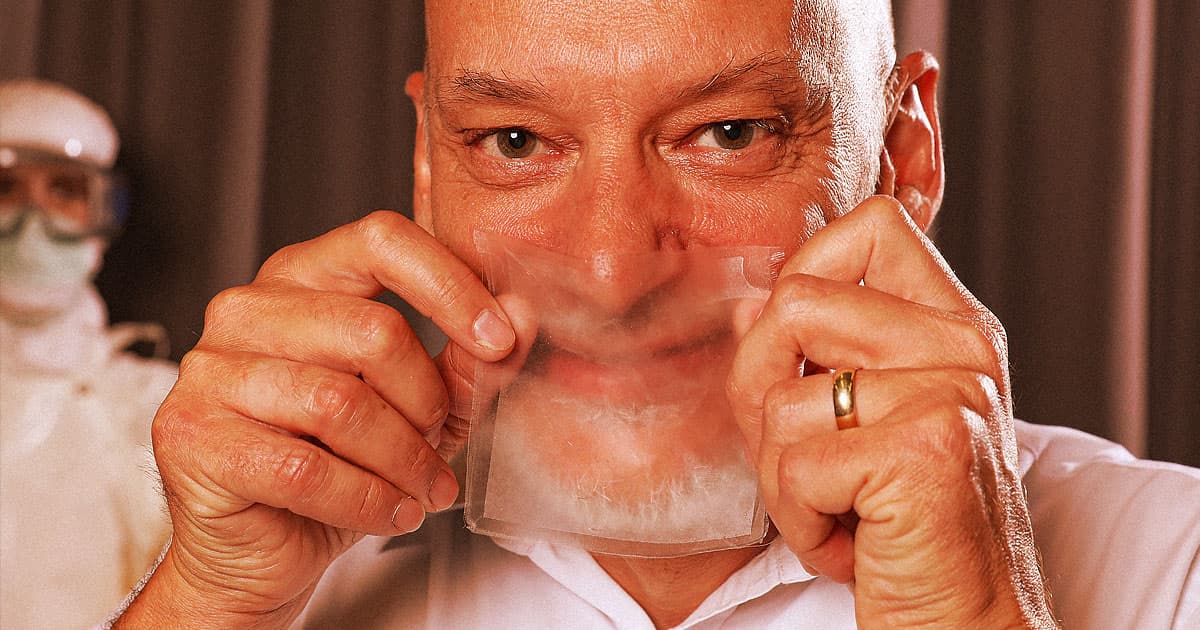 A team of Swiss researchers have created a transparent surgical face mask, intended for essential workers, that no longer hide people's faces. That's a big deal especially for those, such as the hearing impaired, who communicate via facial expressions.

The "HelloMasks" promise to be breathable and protective, but won't fog up like other masks fitted with clear plastic panels.

Each one is made out of a polymer-based membrane. The fibers are just 100 nanometers apart, making the spacing small enough to filter out viruses and bacteria — but still allow air to pass through.

The idea wasn't born during the current global pandemic, when wearing a mask quickly became extremely commonplace. The researchers from the École polytechnique fédérale de Lausanne (EPFL) and the Swiss Federal Laboratories for Materials Science and Technology started their work years ago during the Ebola crisis in western Africa.

"It was touching to see that nurses — covered from head to toe in protective gear – pinned photos of themselves on their chests so that patients could see their faces," Klaus Schönenberger, the head of EPFL’s EssentialTech Center, said in a statement.

The researchers have also established a company that will bring the mask to market. Methods for mass production are still being developed. The team is hoping to launch the product as soon as early 2021.