Would you wear this terrifying invention to a restaurant? 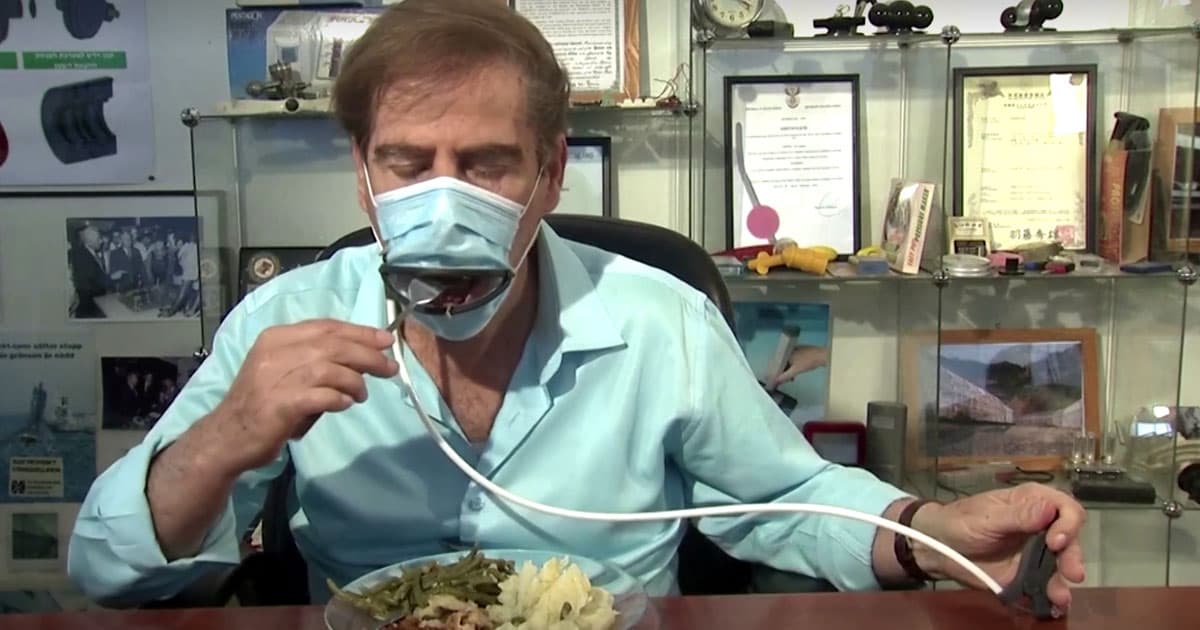 An Israeli inventor has developed a creepy-looking face mask that can open up "Pac-Man"-style to allow the wearer to take a bite — without taking off the mask.

To open the hole, the wearer squeezes a mechanical switch.

"The mask will be opened mechanically by hand remote or automatically when the fork is coming to the mask," Asaf Gitelis, vice president of Avtipus Patents and Inventions who demonstrated the mask, told Reuters.

"Then you can eat, enjoy, drink and you take out the fork and it will be closed, and you’re protected against the virus and other people sitting with you," he added.

It's unclear how such a contraption would be able to open automatically.

The device will reportedly cost anywhere between $0.85 to $2.85 on top of the price of a standard surgical mask.

One passerby who was shown a video of the device on the streets of Tel Aviv told Reuters he sees one major potential flaw with the invention: "I don’t think this mask could hold this kind of ice cream — it’s dripping all over. I wouldn’t want to wear it afterward."

READ MORE: Mask in a restaurant? This one can gobble like Pac-Man [Reuters]