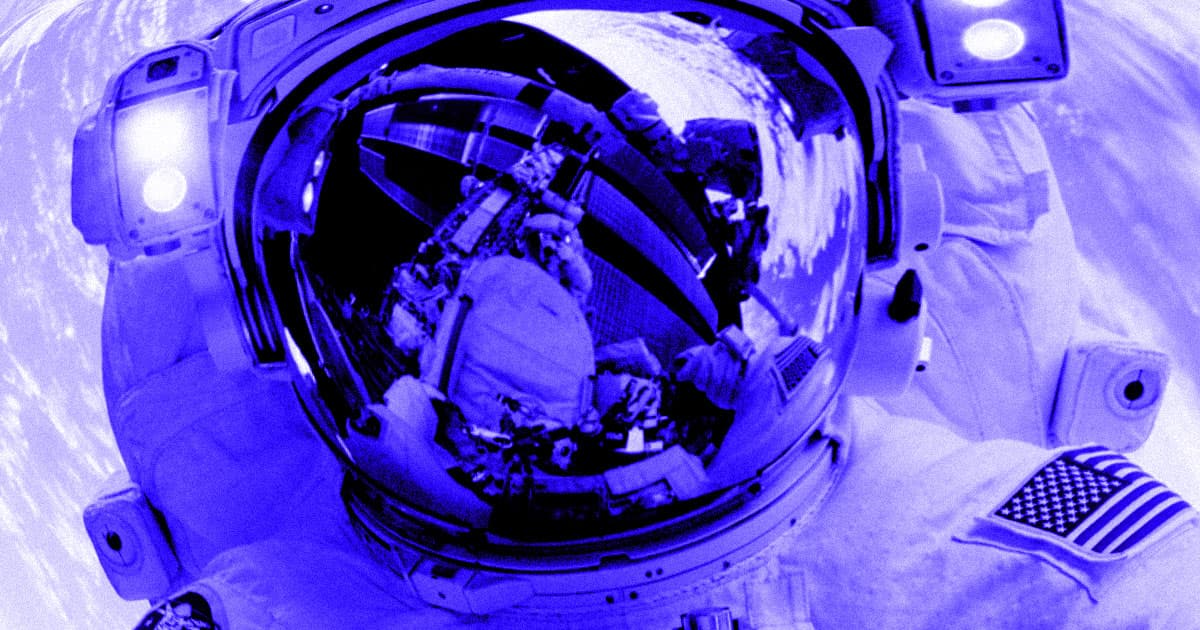 A new study suggests that spending a long time in space is causing the volume of astronauts' brains to expand.

A majority of crew members aboard the International Space Station (ISS) seem to experience swelling of the optic nerve, along with a surplus of fluid that expands the actual volume of their brains.

"When you're in microgravity, fluid such as your venous blood no longer pools toward your lower extremities but redistributes headward," Larry Kramer, professor at the University of Texas Health Science Center at Houston, and lead author of the study published in the journal Radiology this week, said in a statement. "That movement of fluid toward your head may be one of the mechanisms causing changes we are observing in the eye and intracranial compartment."

By comparing MRI brain scans of 10 male and one female astronaut taken before and after travelling to the ISS, they found that long exposure to microgravity caused expansions in their brains and cerebrospinal fluid — the clear liquid that acts as a buffer for the brain. The brain remained in its new state for an entire year postflight, according to the researchers.

"What we identified that no one has really identified before is that there is a significant increase of volume in the brain's white matter from preflight to postflight," Kramer said in the statement. "White matter expansion in fact is responsible for the largest increase in combined brain and cerebrospinal fluid volumes postflight."

While deformations and swelling of the brain sound dangerous, the changes in volume were comparable to patients who spent long periods of time in bed.

The exact long-term effects on overall health of this brain expanding effect of microgravity are still not entirely understood. Symptoms of a similar phenomenon called "normal pressure hydrocephalus" — a condition in which fluids accumulate in the brain causing its ventricles to become enlarged causing difficulty walking, bladder problems and dementia — have not been observed in astronauts.

But that doesn't mean we shouldn't investigate ways to stop these changes in the brain from happening. One solution would be creating artificial gravity using a massive centrifuge in space. Special suits that could squeeze blood up from lower extremities is also being considered.

9.06.22 Genetics
Scientists Found Genetic Mutations in Every Astronaut Blood Sample They Studied
7.02.22
Disturbing Discovery Finds That Space Does Something Bad to Astronauts' Bones
5.28.20 Developments
When Astronauts Got Sick on an Apollo Mission, It Was a Disaster
11.18.19 Developments
Scientist: Astronaut Hibernation Pods "Actually Not so Crazy"
2.07.23 Genetics
Scientist Who Gene Edited Human Babies Says Mistakes Were Made