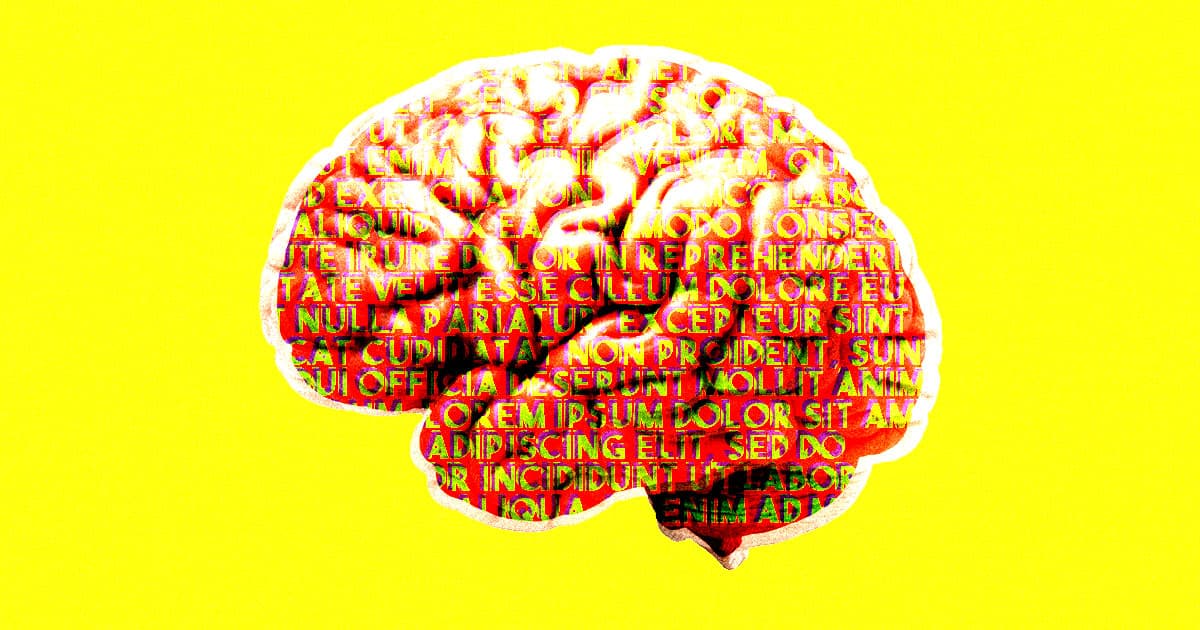 Researchers say they've built a system that can translate brain signals directly into text — a promising step toward a "speech prosthesis" that could effectively allow you to think text directly into a computer.

"We are not there yet," University of California researcher Joseph Makin told The Guardian, "but we think this could be the basis of a speech prosthesis."

Makin and his collaborators described the new system in a paper published in the journal Nature Neuroscience.

Basically, they recruited four epilepsy patients who had already had electrode arrays implanted into their brains for monitoring purposes. They asked the participants to repeatedly read sentences aloud, while collecting neural information — a dataset they then used to train an algorithm to interpret the signals even when the subjects weren't reading out loud.

The system still has weaknesses — most notably that it works best on sentences it's already been trained on. But its accuracy is impressive, The Guardian reports, with an error rate of only about three percent, which is slightly lower than that of human transcribers.

According to the newspaper, the researchers behind the system hope it could be used as the basis for a communication device for people who are unable to type or speak due to locked in syndrome or similar conditions.

Brain Gang
Did Elon Musk Quietly Fire the President of Neuralink?
6. 30. 21
Read More
Whiff
Neuralink's Demo Didn't Impress Experts
8. 31. 20
Read More
Brands We Love
These Advanced Brain Training Courses Will Improve Your Life By Improving Your Mind
5. 6. 19
Read More
+Social+Newsletter
TopicsAbout UsContact Us
Copyright ©, Camden Media Inc All Rights Reserved. See our User Agreement, Privacy Policy and Data Use Policy. The material on this site may not be reproduced, distributed, transmitted, cached or otherwise used, except with prior written permission of Futurism. Articles may contain affiliate links which enable us to share in the revenue of any purchases made.
Fonts by Typekit and Monotype.