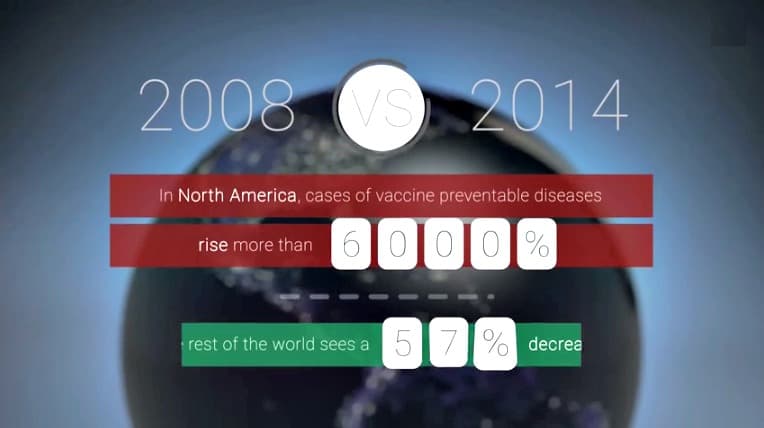 Of course, as is true of all things, vaccines do harbor some risks. They can cause rashes or other allergic reactions, they may cause more serious conditions, but such instances are exceedingly rare (far rarer than the number of people that contract these illnesses without vaccines).

Ultimately, the important thing to remember is this: Vaccines save lives.

For example, smallpox is one of the deadliest known diseases, plaguing humanity for thousands of years. Researchers believe that it first emerged in human populations around 10,000 BCE. Although the overall death toll is unknown, in the 20th century alone it killed over 300 million people. In 1967, the World Health Organization estimates that smallpox killed an estimated 2 million people worldwide.

Keep in mind, this is just one virus over the course of one year, and it's 2 million lives.

Today, no one dies of smallpox. Not one person. It was eradicated by vaccinations. The last natural occurring case was in 1977. People may be quick to note that vaccines have side effects and can also cause death. But as previously noted, such events are exceedingly rare. About 30,000 cases of adverse reactions to vaccines have been reported annually to the Vaccine Adverse Event Reporting System (VAERS) since 1990. And only about 10 to 15% of those were classified as serious, meaning that they were associated with permanent disability, hospitalization, or death.

That's 30,000 people over 14 years compared to 2 million is one year. You don't need to be good with numbers to do the math. So this is something that we all need to take very seriously, because lives are depending on it. Literally.

And of course, this issue isn't just that people are scared of vaccines or that people are anti-science. Many people do not get vaccinated because they simply don't have access to modern medicine.

Even when people do get vaccinated, they may not be wholly protected unless a majority of society is. When one person gets a disease, it is possible that it could mutate (cells mutate all the time). Unfortunately, new vaccines may not be effective against mutations. The more people don't vaccinate, the more cause there is for concern because the more likely it is that the mutation will take hold and propagate throughout the rest of society.

That said, no one is claiming that there is an epidemic (at least, we certainly aren't claiming that). However, there is unnecessary suffering. A lot of it. And it's something that we would all do well to remember. This visualization will show you who is getting sick and where they live. Also, note that the flu didn't make it on to this list.