Monkey Business
May 19 / by Victor Tangermann

"Monkeypox usually does not occur globally." 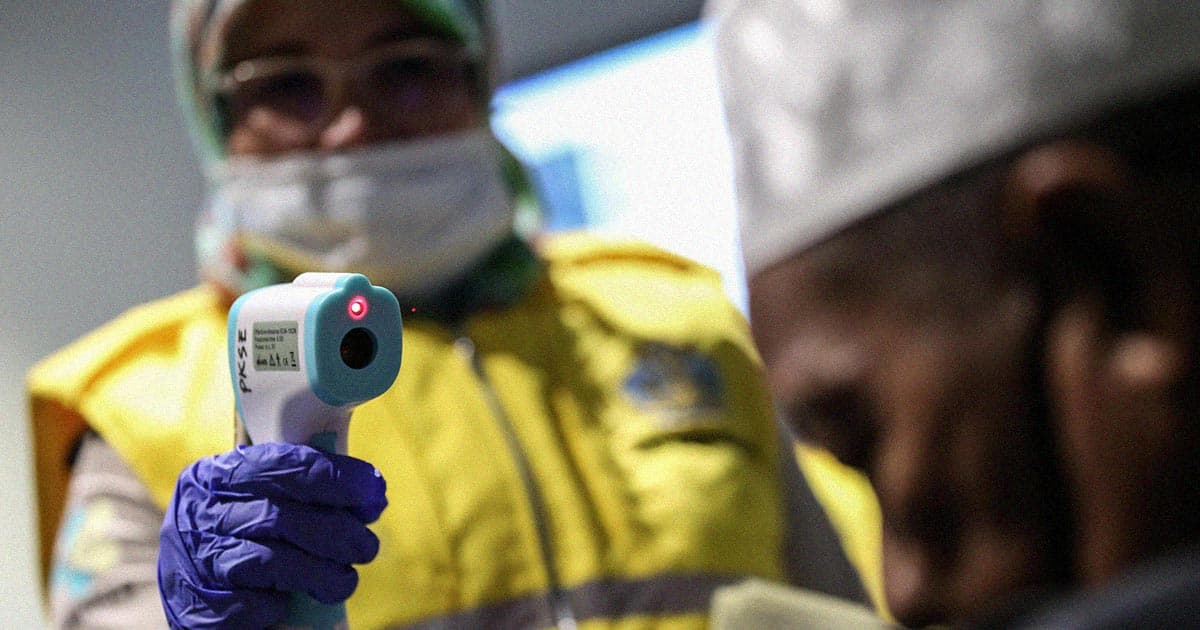 Public health officials across the world have voiced concern over outbreaks of monkeypox, a rare disease that's related to other viruses such as smallpox.

The cases — one was identified in the US at the time of writing, 13 suspected but not yet confirmed in Canada, five confirmed in Portugal, nine confirmed in the UK, and seven suspected in Spain, according to the BBC — are now being investigated by local health authorities.

According to the Massachusetts Department of Public Health, a man who had recently traveled to Canada and returned to the state is believed to have brought the most recent case of monkeypox to the US.

While it's certainly not the time to panic, health officials are nonetheless concerned.

"Monkeypox usually does not occur globally," Anne Rimoin, a professor of epidemiology at the UCLA Fielding School of Public Health, told USA Today.

Rimoin, an expert in monkeypox and other related infectious diseases, also said that an outbreak like this one is a "rare and unusual occurrence."

Smallpox was first recorded in humans in 1970 in the Democratic Republic of Congo, with subsequent cases confirmed in countries across western and central Africa, according to the Centers for Disease Control and Prevention (CDC).

There have been other travel-related cases of monkeypox in the US prior to the latest confirmed case as well.

Fortunately, there's some good news as well, indicating that it's unlikely we're looking at a repeat of the coronavirus pandemic. For one, the virus is rarely fatal. Recovery usually lasts a few weeks, according to the CDC, with symptoms including fever, headache, muscle aches, and exhaustion.

We also have a vaccine that has already been approved for monkeypox. Antiviral medications have been shown to be effective as well.

Making these treatments accessible, however, would likely be challenging.

Transmission between humans has only been shown to occur through large respiratory droplets, according to the CDC.

But according to the UK Health Security Agency, the earliest case in the UK was linked to somebody who had traveled to Nigeria.

"So it is possible they acquired the infection through community transmission," the agency wrote in a statement.

"It does seem to be spreading, at least from the information that we have so far, through human-to-human contact," Angela Rasmussen, a virologist and researcher with the University of Saskatchewan's Vaccine and Infectious Disease Organization, told the CBC.

Officials are now racing to get a better understanding of the situation.

"This, once again, highlights the threat of viruses like this," said Maria Van Kerkhove, an infectious diseases epidemiologist and technical lead on COVID-19 and emerging diseases with the WHO, during a press conference this week, as quoted by the CBC.