Discovering the link could solve a $350 billion problem. 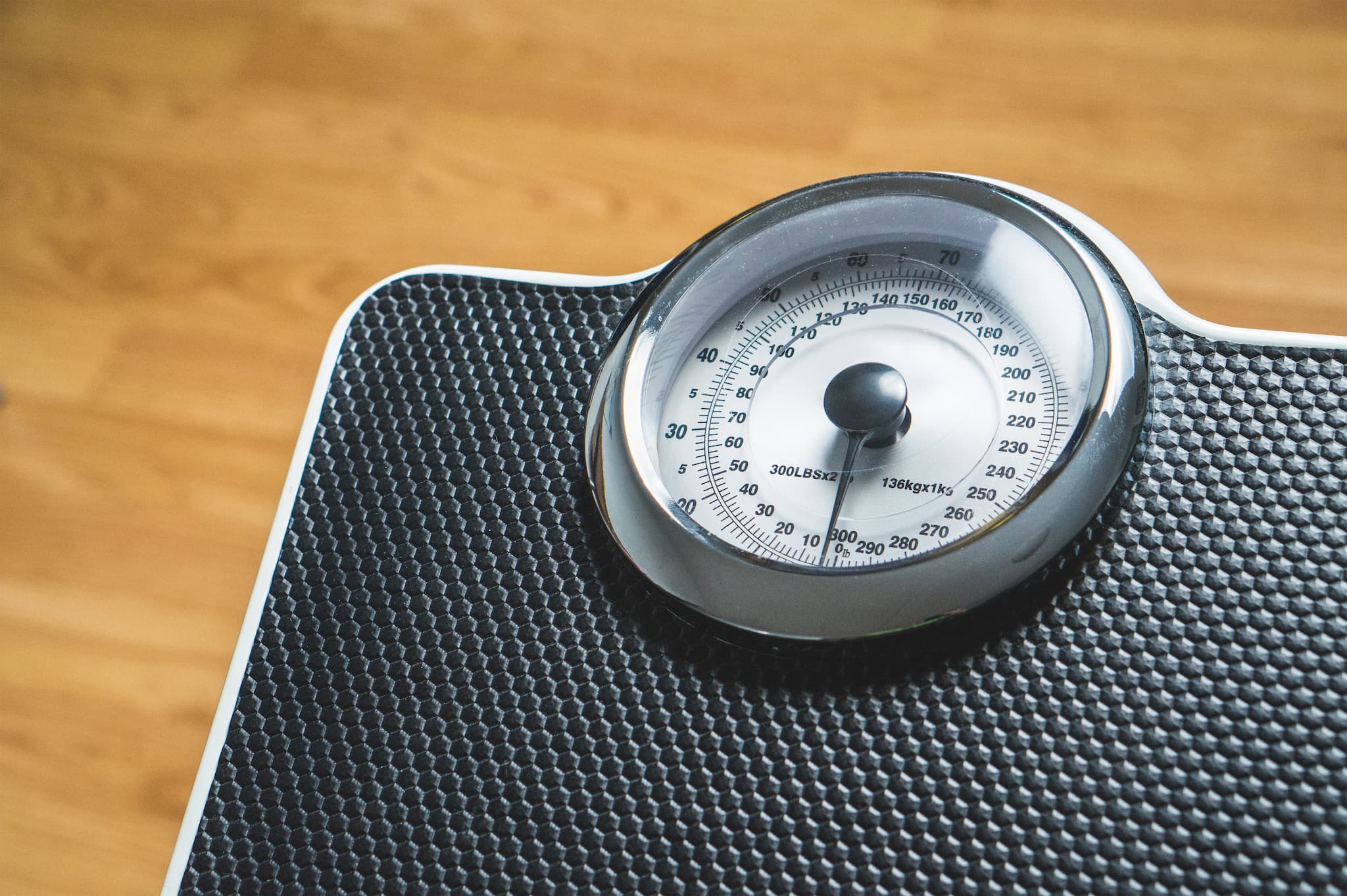 About 15 years ago, Dr. Sue McElroy, a psychiatrist in Mason, Ohio, started noticing a pattern. People came to see her because they were depressed, but they frequently had a more visible ailment as well: They were heavy.

McElroy was convinced there had to be a connection.

“Many of my [depressed] patients were obese. And they were very upset by obesity,’’ McElroy recalled. "I looked into the literature, and it said there was no relationship. It didn’t make sense.”

That sense of disconnect has started to change, promising new avenues for treatment, but also presenting a puzzle: Just how can you chart the mechanics of what ties the two together? And how can treatment be linked for two disorders that exist in totally different parts of the health care system?

Ingrid Donato, a top official in the federal agency that promotes mental health treatment, says that both conditions are on the rise, heightening the need to unlock the connection and develop treatments that address both conditions simultaneously.

“You can’t address obesity in a person that’s struggling with major depression without addressing that major depression,” said Donato, chief of mental health promotion at SAMHSA, the Substance Abuse and Mental Health Services Administration. “When a person’s coming in with depression… or they’re coming in with the struggles on the physical side of obesity, if they’re not having those treated both ways, they’re only going to be having half a treatment plan.”

The relationship between obesity and depression is what researchers call “bidirectional.” Being obese or overweight ups the odds of depression, and vice versa.

For example, about 43 percent of people with depression are obese, according to the federal Centers for Disease Control and Prevention, compared with a third of the general population. People who are obese are 55 percent more likely to be depressed, and people with depression 58 percent more likely to develop obesity, according to one 2010 study. “This is a massive public health issue when you have numbers that large,” Donato said.

While on the surface the two conditions appear very different, they share important similarities. Both are chronic diseases that are tricky to treat, requiring long-term physical and mental health interventions.

In cases in which depression and obesity coincide, those interventions can be even more complex, with research often showing the best results when care involves not only doctors and nurses but also other health professionals such as dietitians, behavioral health specialists and physical therapists.

“We need to find synergistic therapies — or it’s going to be the same kind of messy system in which we spend a lot of money and don’t get any return,” said William Dietz, the director of George Washington University’s Sumner M. Redstone Global Center for Prevention and Wellness, who researches obesity interventions.

A 2011 paper by researchers from the University of Texas-Southwestern found that patients’ depressive symptoms were reduced when physicians gave them prescriptions for weekly exercise sessions, which were supervised at the Cooper Institute in Dallas or at home. And in 2014, a study at Duke University found that simply helping obese women maintain their weight — via small lifestyle changes and monthly dietitian check-ins — cut their rates of depression in half.

Still, this kind of care-syncing is not yet the norm. While the Affordable Care Act promoted coordinated care as part of its efforts to lower costs, those initiatives haven’t yet been directed toward depression and obesity.

But federally funded efforts to coordinate care for diabetes and depression could provide a template, said Madhukar Trivedi, a professor of psychiatry at the University of Texas-Southwestern who was involved in the 2011 study.

“This is going to require a real mindset change. We have to be thinking at a policy level,” Trivedi said.

One reason is cost. Depression and obesity are among the largest drivers of health care cost increases.

Obesity already costs the medical system almost $150 billion per year in direct costs, and the nonprofit Robert Wood Johnson Foundation estimates that by 2030, obesity will sap the U.S. economy of an additional $390 billion to $520 billion in lost worker productivity.

Depression makes the price tag worse. Its most severe variant, major depressive disorder, costs the country more than $200 billion per year in direct costs such as psych visits, medication and other treatments as well as the hours and days in which people afflicted aren’t able to work.

The federal government foots much of this bill.

About 13 million Medicare-eligible senior citizens — an estimated 35 percent of people older than 65 — are obese, according to CDC data from 2012, the most recent year for which statistics are available. It’s estimated that Medicaid pays as much as 30 percent of the total bill for U.S. mental health care.

“These are both incredibly burdensome on the health care system. … They’re both on the rise, and there’s a correlation,” said Dori Steinberg, an assistant research professor at Duke’s Global Health Institute who was involved in the 2014 study.

And resources to tend to patients with each condition, even individually, are limited.

The federal government has worked to expand mental health care access and insurance coverage, but in many parts of the country, few mental health specialists accept insurance, rendering that theoretical benefit useless.

Obesity interventions also fall short. The American Medical Association, a leading trade group for doctors, dubbed the condition a “disease” four years ago and the ACA limited cost-sharing for some preventive obesity treatments. Some critics say the benefit doesn’t go far enough in terms of consultations with more specialized health care providers, such as dietitians and nutritionists, to make a meaningful impact. That means patients may get little help until they have gained enough weight or suffered sufficient health consequences that they qualify for more extreme measures, like bariatric surgery.

And there’s the added challenge of finding a physician able to address both problems at once.

“It’s not a one-shot thing. Both of these are chronic conditions. They don’t lend themselves to episodic treatment,” said Anita Everett, president of the American Psychiatric Association. “It’s not like you take a course of treatment to [make it] go away.”

“This is an important area, and I don’t think people are trained how to do it,” said Dietz.

Progress has been slow, in part, because of the stigma surrounding both conditions.

Having either is “like having the scarlet letter,” suggested Karen Coleman, a research scientist at Kaiser Permanente’s Southern California branch. (Kaiser Health News is not affiliated with Kaiser Permanente.) Despite a now vast body of evidence to the contrary, even health professionals are more likely to place some blame on the patient. That makes patients more hesitant to seek care, and physicians don’t necessarily make efforts to provide it.

“We have a long, long way to go before we treat obesity like we do … heart failure,” Coleman added.

In her Ohio practice, McElroy says she has seen the benefits of what she called a self-taught approach to treating obesity and depression together. She screens patients for weight and BMI. And, because some of the medications used to treat mental health conditions can cause weight gain, she tailors what antidepressants she prescribes, so that they don’t cause more weight gain.

Her patients vouch for her methods.

Ask 26-year-old Michael Stewart, who has bipolar disorder. He joined her practice within this past year for weight treatment — he sees a psychiatrist separately — and has dropped 20 pounds, or about 6 percent of the 335 pounds he weighed when he started. Treating both conditions isn’t easy, he said, and there’s been some difficulty in finding medications that help his bipolar disorder and his weight problems.

“I’ve had to work harder with my doctor to find something that works — so that I don’t weigh 500 pounds,” he said.

McElroy has prescribed him a new pill that’s helped control his weight, he said. Had his psychiatrist known how to treat both conditions, he added, he would “for sure” had begun addressing weight sooner.

McElroy worries that without broader changes to the health care system, patients like Stewart are just that: individual cases.

“If we addressed this systematically, you would think it would be not only better for patients’ health but also cost-effective,” she said.

This story is part of a reporting partnership between POLITICO’s The Agenda 2020 and Kaiser Health News.