"…I suddenly felt a genuine sense of glee and happiness, and the world went from shades of dark gray to just — grinning." 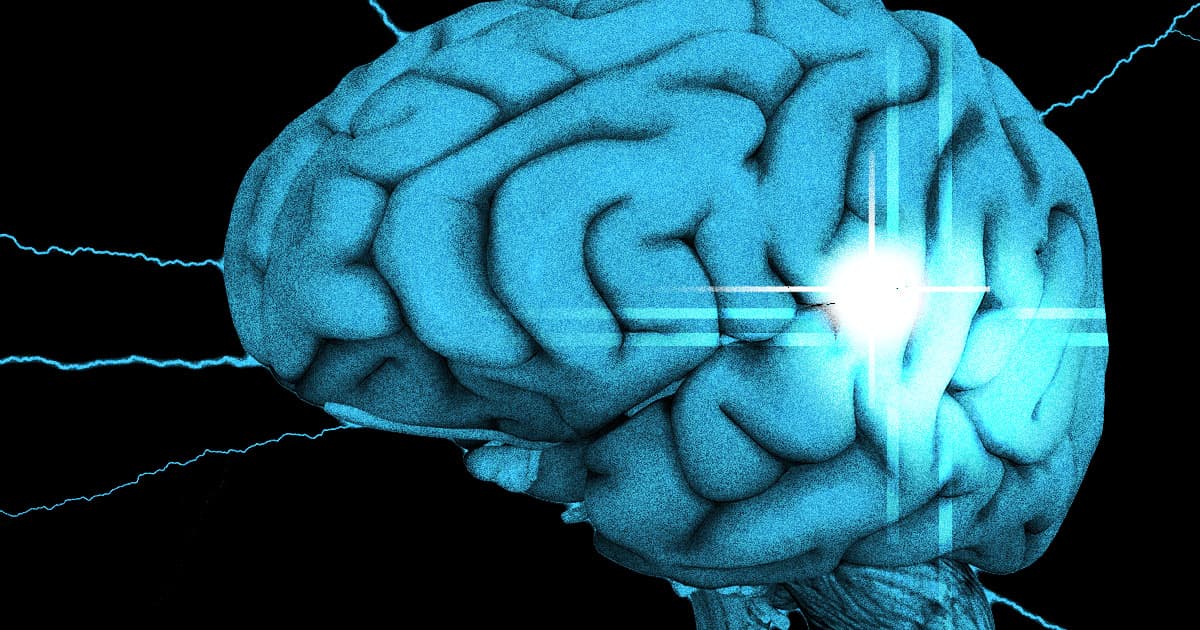 Researchers seem to have uncovered the trick to successfully using deep-brain stimulation to treat depression — and it hinges on the patient's mood.

For years, doctors have been probing the use of targeted electrical shocks to treat clinical depression, and while many experts agree that it's a promising avenue for treatment, the research has yielded mixed and limited results. Now, a University of California San Francisco case study published Monday in the journal Nature Medicine shows that electrical stimulation can have a profound antidepressant effect — just so long as the shocks are carefully tailored to an individual patient's specific moods and symptoms.

"I've tried literally everything, and for the first few days I was a little worried that this wasn't going to work," the volunteer in the case study, a 36-year-old woman with severe depression, said in a press release. "But then when they found the right spot, it was like the Pillsbury Doughboy when he gets poked in the tummy and has that involuntary giggle."

"I hadn't really laughed at anything for maybe five years," she added, "but I suddenly felt a genuine sense of glee and happiness, and the world went from shades of dark gray to just — grinning.”

In the case study, the doctors identified three brain regions that they could zap to alleviate depression, but found that it only worked when the patient was in a particular mental state. Otherwise, the neurostimulation had the opposite effect. Once they worked out all the kinks, the patient walked out of the ten-day study and remained depression-free for six weeks.

Now the patient gets similar stimulation from a brain implant that delivers imperceptible shocks as needed, and she reports that she's capable of enjoying her life for the first time in years.

"We hope that providing gentle neuromodulation throughout each day will be able to prevent patients from falling into long-lasting depressive episodes," study coauthor and UCSF psychiatrist Katherine Scangos said in the press release.

This case study involved just one participant, but the UCSF scientists are using it as a pilot for an upcoming clinical trial with more volunteers, each of whom will have neurostimulation personalized to their own brain.

"Our trial is going to be groundbreaking in that every person in the study is potentially going to get a different, personalized treatment," Senior study author and UCSF psychiatrist Andrew Krystal said in the release, "and we will be delivering treatment only when personalized brain signatures of a depressed brain state indicate treatment is needed."