“I think we need to view food as medicine.” 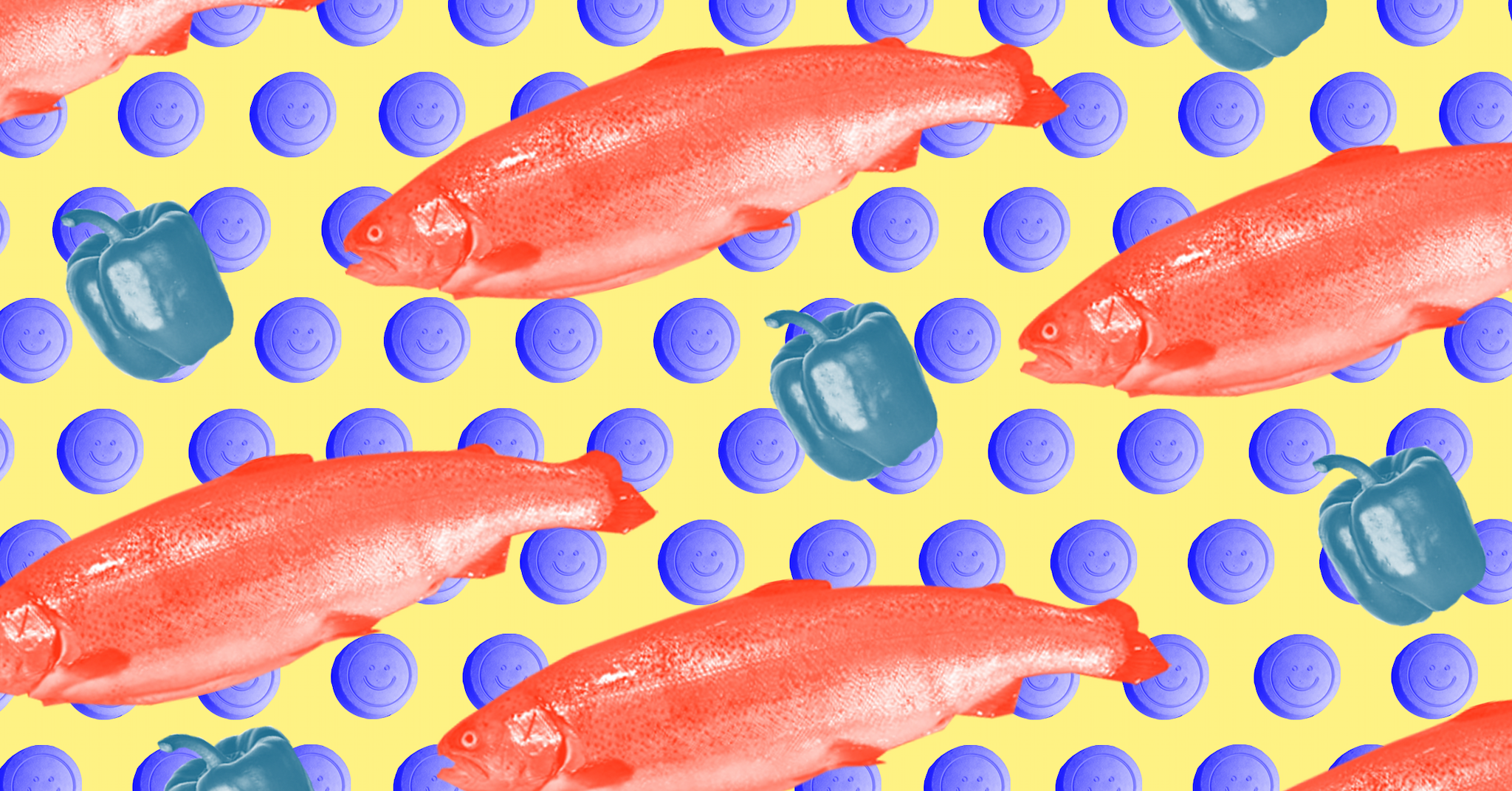 Medication. Therapy. These are some of ways people can treat depression, according to the Centers for Disease Control and Prevention (CDC).

But there's one a surprising one that may help reduce the symptoms: going on a diet.

And not just any diet. The DASH diet.

Let's backtrack a second. Scientists have known for a long time that food — the kinds we eat, how we digest it — can affect our moods. People who are obese are more likely to have depression, studies have shown; neurotransmitters that alter our moods, such as serotonin and dopamine, are in fact produced by the microbes that live in the gut. There have been so many studies linking diet and depression that Psychiatry Research published a meta-analysis of 21 such studies in April 2017. That analysis concluded what you might expect: a healthy dietary pattern may decrease the risk of depression.

But the relationship is, in many ways, still a correlation. That is, scientists may know that these thing are related, but they haven't figured out a specific intervention or treatment that would use this knowledge to help patients.

Now, however, it seems they may have stumbled upon a diet that could do just that. It's called the DASH diet — the Dietary Approaches to Stop Hypertension. The U.S. National Heart, Lung, and Blood Institute developed the diet in the 1990s to treat (you guessed it) hypertension, aka high blood pressure.

Laurel J. Cherian, an assistant professor of vascular neurology at Rush University Medical Center, performed a study to firm up the relationship between the DASH diet and lower rates of depression. Cherian will present her research at the meeting of the American Academy of Neurology this month.

"There is evidence linking healthy lifestyle changes to lower rates of depression and this study sought to examine the role that diet plays in preventing depression," Cherian said in a press release.

For more than six years, Cherian screened 964 participants over the age of 60 for signs of depression every year. She also asked them to complete a 144-item questionnaire focused on the foods they ate. Cherian then divided the participants into three groups based on how closely their diets mirrored the DASH diet.

Even after controlling for variables known to affect depression, such as age and education level, Cherian found that the group that most closely adhered to the DASH diet was less likely to experience depression. And conversely, those that strayed the most from the diet were the most likely to show symptoms of depression.

But don't throw out your antidepressants just yet.

"I think we need to view food as medicine," Cherian told The Atlantic. "Medications to treat depression are wonderful, but for many people, it's going to be a combination of things."

Hear that? Combination is key. A new diet might not totally clear up symptoms of depression. But, then again, it might not hurt.

Admittedly, we're not there yet. According to Felice Jacka, a professor of nutritional psychiatry at Australia's Deakin University, now that we are more certain there's a link between diet and depression, we need to figure out how to exploit it to help people.

"Given how many observational studies there are already published, the field does not really need more of these," Jacka told The Atlantic. "What it needs now are interventions that show that if you improve diet, you also improve depression." (Jacka performed a similar study of her own, published in January 2017, concluding that "people who improved their diets showed significantly happier moods than those who received social support," according to the Wall Street Journal.)

There are lots of benefits to improving your diet, including weight loss and better management of existing health conditions. Improved mood may very well come along with it (that's what the science suggests), but then again it might not since it's not a proven treatment yet.

It's worth trying, at least. But it's also a good idea to stick to whatever treatments you're already using for depression.