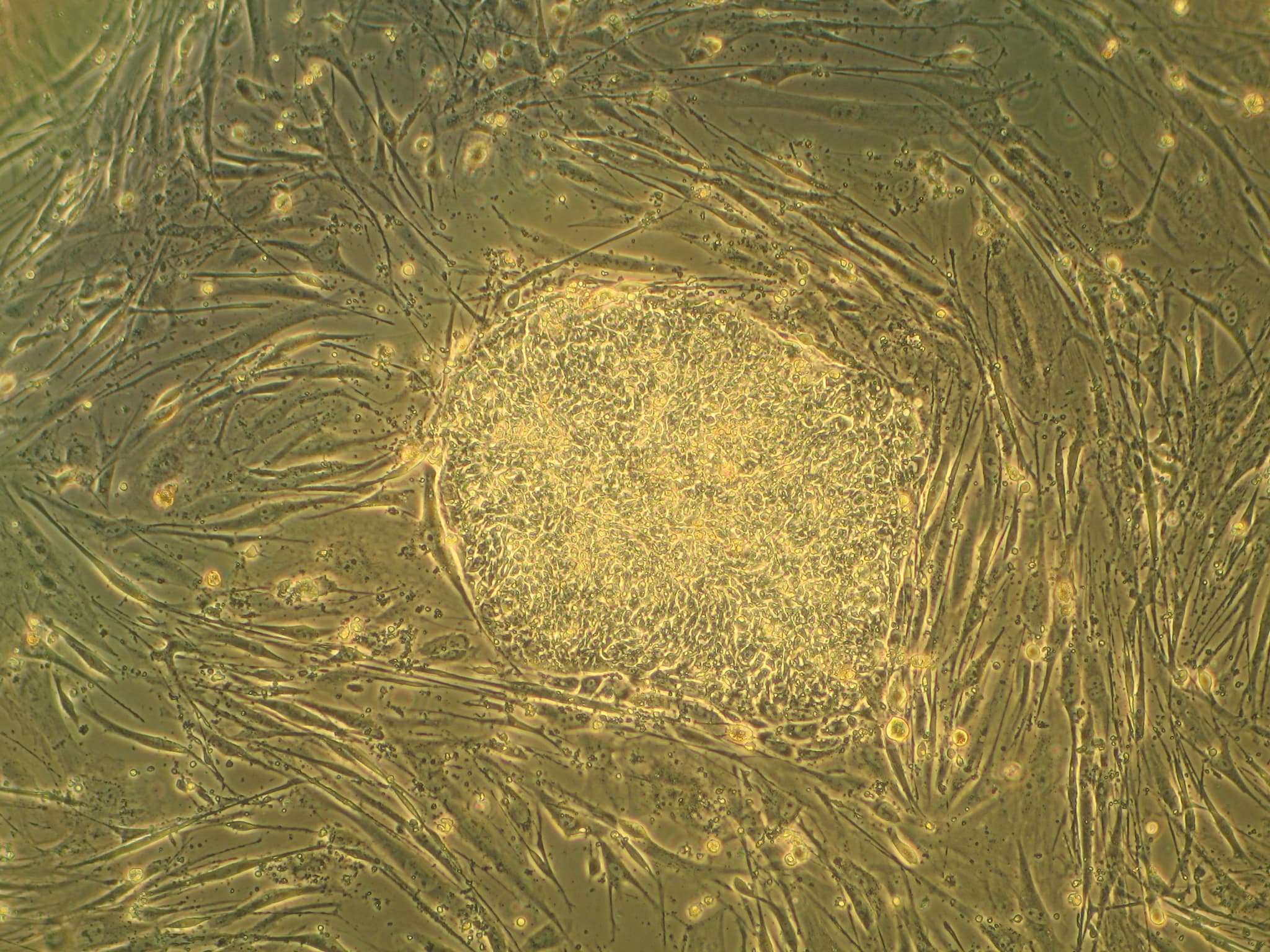 In a world first, biomedical engineers from Duke University have created the first functioning human skeletal muscle from pluripotent stem cells, which are capable of producing any form of body cell or tissue. Published January 9 in Nature Communications, this work builds upon work by researchers at Duke in 2015, in which they were able to grow working human muscle tissue from cells extracted in muscle biopsies.

This most recent progress, where muscle is grown from non-muscle, could open the door to much more advanced applications like cell therapies, drug discovery, and the ability to grow larger amounts of muscle, as well as expanding our own understanding of human biology.

"Starting with pluripotent stem cells that are not muscle cells, but can become all existing cells in our body, allows us to grow an unlimited number of myogenic progenitor cells," said Nenad Bursac, professor of biomedical engineering at Duke University, in a press release. "These progenitor cells resemble adult muscle stem cells called 'satellite cells' that can theoretically grow an entire muscle starting from a single cell."

In their study, the research team was able to create muscle fibers that reacted to stimuli, such as an electric shock or chemicals similar to neuronal signals, just like natural muscle tissue. When the stem cell-grown tissue was implanted into adult mice, the team found that it survived and functioned for at least three weeks, all while integrating into the animals' native tissue.

To create this functioning muscle tissue, researchers began with human pluripotent stem cells taken from adult non-muscle tissues like skin or blood. These cells were then "reprogrammed" so that they were much simpler and undefined. These stem cells were then overwhelmed with the molecule Pax7, which signaled them to start becoming muscle as they grew.

"It's taken years of trial and error, making educated guesses and taking baby steps to finally produce functioning human muscle from pluripotent stem cells," said Lingjun Rao, a postdoctoral researcher in Bursac's laboratory and first author of the study, in the press release. "What made the difference are our unique cell culture conditions and 3-D matrix, which allowed cells to grow and develop much faster and longer than the 2-D culture approaches that are more typically used."

This successful development could have staggering medical applications in terms of research, furthering understanding through models of rare diseases, and treatment options for muscle damage.

However, there's still work to be done; though the stem cell-derived muscle tissue contained more of the "satellite-like cells" needed to repair damage, it's not as strong as native muscle or muscle grown from biopsies. In the future, the researchers hope they might be able to use the stem cell-derived tissue for regenerative therapies or in combination with genetic therapy, which could fix malfunctions in a patient's stem cells and then grow new patches of completely healthy muscle.