The scientist who invented the hat tested it on his dad. 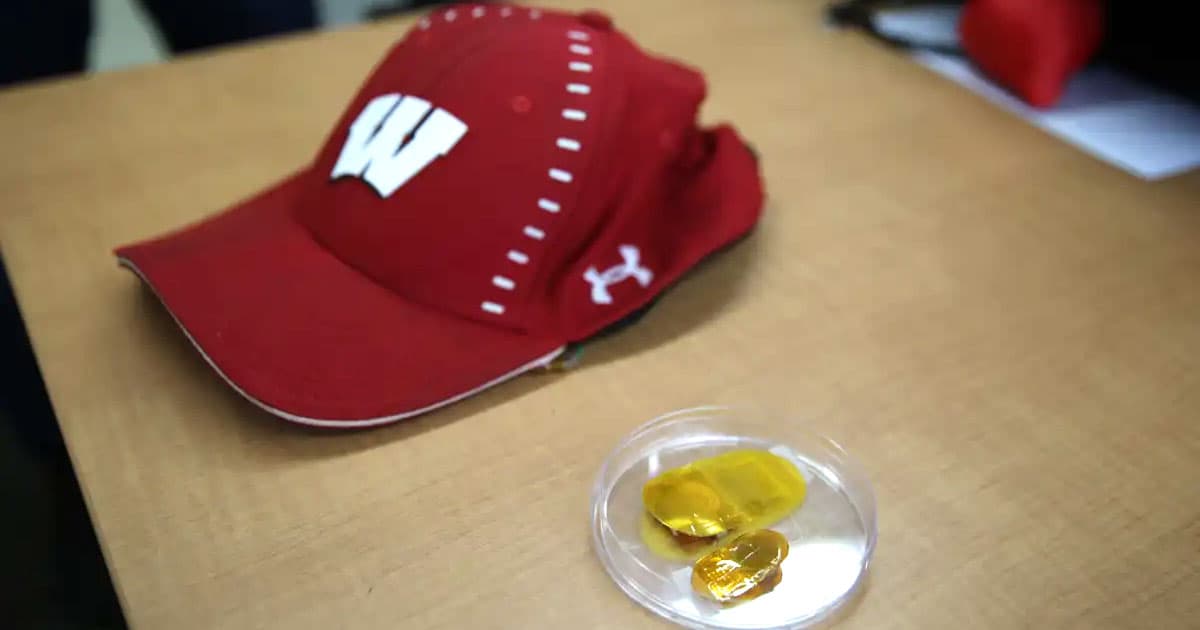 A newly-invented baseball cap may be able to reverse balding by mildly shocking your scalp for hours on end.

The hat is really just a fashionable covering for a thin patch that generates electricity when it bends and twists, New Scientist reports. The patch may someday be able to reverse baldness without the pain, expense and inconvenience associated with hair restoration surgery or stem cell treatments.

Thus far, the patch has only been rigorously tested on bald mice, according to research published last week in the journal ACS Nano.

In those experiments, the patch worked better than existing baldness treatments like the drug minoxidil — the active ingredient in Rogaine — in both shaved mice and those that were bald due to genetic defects.

Xudong Wang, the University of Wisconsin-Madison scientist who led the project, told New Scientist that he also tested the baseball cap on his balding father as a sort of precursor to future human tests.

"It helped him to grow a lot of new hairs after one month," Wang told New Scientist.

If a hair-growing cap actually hits the market, Wang says that activating the patch for a few hours a day should do the trick. But he won't know for sure until he conducts better-controlled human experimentation.

More on balding: If You Think McDonald's Fries Will Cure Baldness, Sorry, But You Don't Deserve Hair

Image by Alex Holloway/University of Wisconsin–Madison