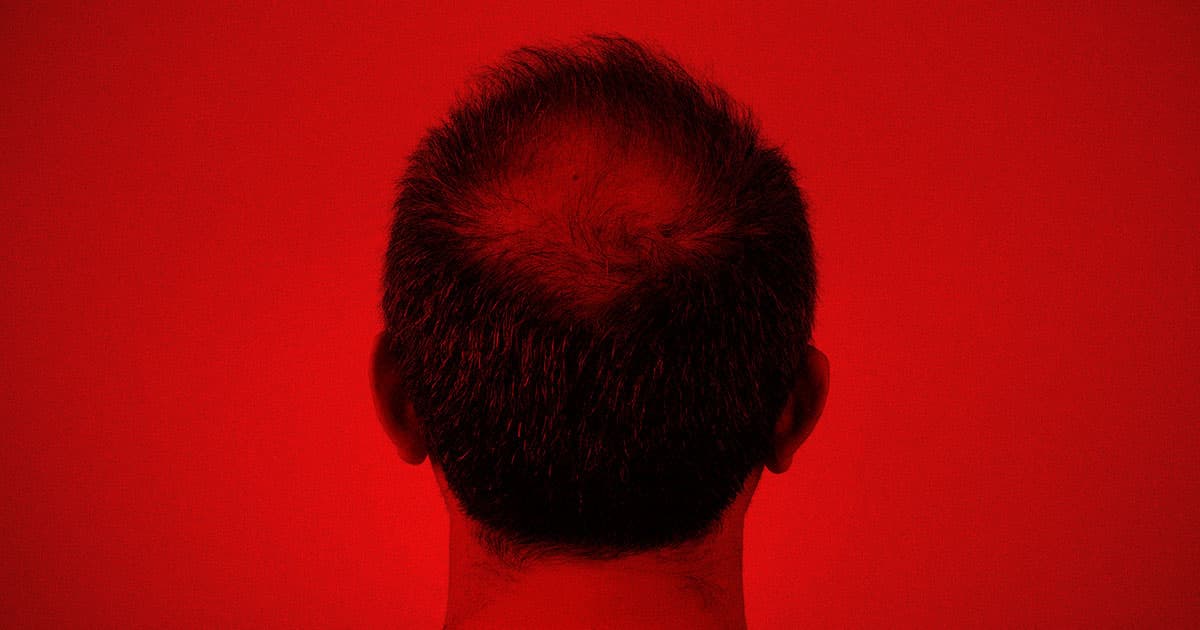 Low doses of the active ingredient in a famous hair-loss product may reverse balding super cheaply, some doctors say — and yet it's only rarely prescribed in the form they recommend.

As the New York Times reports, low doses of minoxidil, which is the active ingredient in the over-the-counter Rogaine hair loss treatment, appear to work way better at treating hair loss when taken orally than when applied via a sticky lotion onto the scalp.

Minoxidil's on-label usage is as a blood pressure drug, but one that has a huge warning for causing other heart problems. After being discovered by accident in the 1980s, Rogaine's minoxidil lotion has been used by both men and women since the early 90s and is now generic.

As these things often go, the efficacy of lower-dose minoxidil pills over Rogaine's lotion and foam products — which, as anyone who has pattern baldness in their family knows, doesn't work particularly well and feels quite gross to boot — was also discovered by trial and error.

As the NYT notes, this discovery was the result of a dedicated Australian dermatologist named Rodney Sinclair. To circumvent a rash in a female patient for whom Rogaine actually did work, Sinclair found that doses of minoxidil much lower than the blood pressure treatment — down to one-fortieth, he eventually discovered — both helped with hair loss and had none of the side effects of either topical Rogaine or normal-dose minoxidil.

That first Australian patient and others who see Sinclair still take the super-low-dose minoxidil, but until recently, it was dermatology's best-kept secret, the NYT reports.

The "off-label"-ness of low-dose minoxidil has, as one can imagine, spooked some users, even though as dermatologist Robert Swerlick, of the Emory University School of Medicine notes told the newspaper that "most things we [dermatologists] do are off-label because there is nothing on-label."

That off-label designation is likely to remain that way, however, because as Yale School of Medicine dermatologist Brett King told the paper, there's little reason Big Pharma would be interested in conducting formal trials, due to the grim economics of the industry.

"Oral minoxidil costs pennies a day," King told the Times. "There is no incentive to spend tens of millions of dollars to test it in a clinical trial. That study truly is never, ever going to be done."

So for the foreseeable future, low-dose minoxidil for treating hair loss is going to stay off-label — which, to some dermatologists, isn't a bad thing.

"I call us the off-label bandits," George Washington University dermatology chair Adam Friedman told the NYT, "a title I am proud to bear."

There are some caveats, of course — it doesn't work for "fully smooth" baldness a la Jeff Bezos, and although there's lots of real-world evidence for its efficacy, some doctors have found that it simply doesn't work for some patients.

Unless someone decides to conduct a study into low-dose oral minoxidil as a baldness treatment, we won't know why that is. But until then, a growing number of dermatological acolytes attest to its magic.