"It took everything — my health.... all our financial security, all our retirement." 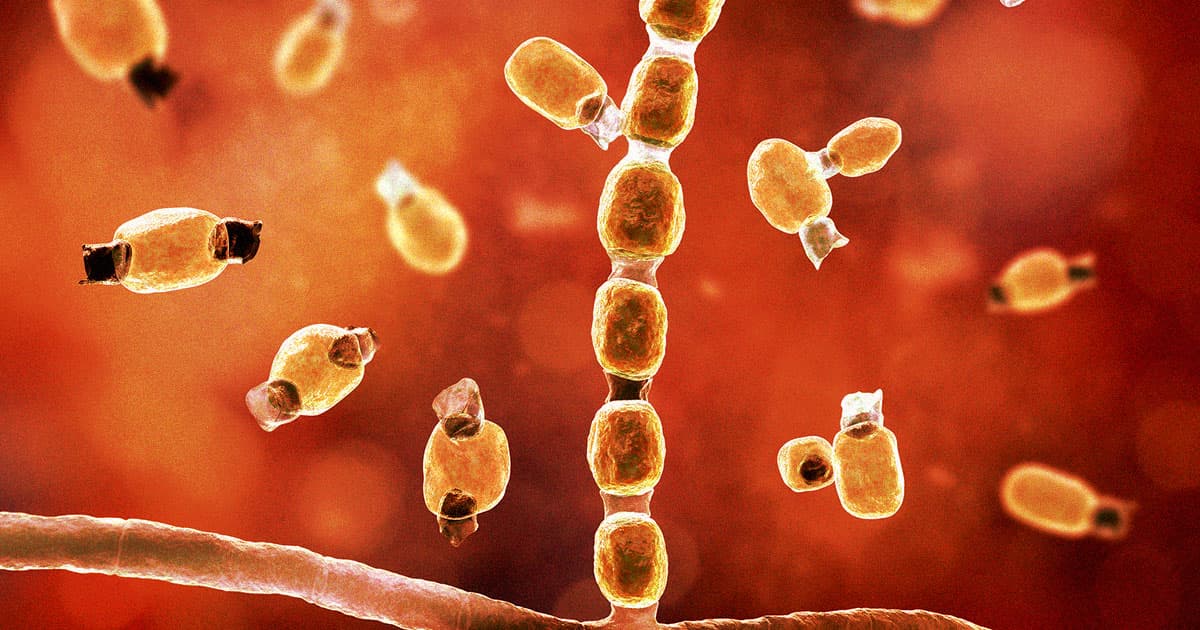 Between fires, floods, and record-shattering heat waves, summer 2022 has certainly made the danger that climate change poses to human health exponentially more clear.

But while natural disasters like those are overt, a number of other public health-related side effects of climate change are far less visible, though just as concerning. Take, for example, a disease-causing fungus that's been flourishing in drought-stricken California soil and then wafting into the air.

According to The Guardian, the fungus — which, yes, can infect anyone who breathes it in — is called Coccidioides, and the disease it causes is colloquially known as Valley Fever. It can be a brutal, often debilitating condition that can result in symptoms ranging from crushing headaches to sinus infections. And perhaps most troublingly, the illness, once contracted, can even transform into meningitis.

"It took everything — my health," Rob Purdie, a former financial planner and father of two whose life was upended by Valley Fever-caused meningitis, told the Guardian. "It had a huge impact on my family. We lost everything, all our financial security, all our retirement."

Coccidioides requires harsh, dry conditions in order to survive. That means it's thrived amid the many nearly-waterless years seen in the state. And as Coccidioides has proliferated in California's Central Valley, so have reported cases of Valley Fever.

"There's enormously more Valley fever now. I can tell that just from the work," Dr. Royce Johnson, an infectious disease expert in the region, told the Guardian. "We think most of that has to do with climate and weather."

"Much of the western US is very dry already," Morgan Gorris, an earth system scientist at Los Alamos National Laboratory, added. "When we look at projections of climate change it's expected that the western half of the US will continue to remain pretty dry and that's going to continue to support Valley fever."

Importantly, the soil, if undisturbed, won't necessarily release the disease into the airways. But any disturbance, be that a full-scale archaeological dig or a burrowing animal, will unleash the fungus from soil to air. The disease-causing spores can then travel roughly 75 miles or so from where they were initially hatched.

"Somebody that lives in Long Beach and drives to the Bay Area and has their window rolled down on the 5 can get Valley fever," Johnson told the paper. "If you're doing an archaeological dig in the foothills west of [Bakersfield] you can … you're basically standing on top of it."

Scientists recently warned that the next global pandemic could be fungal, so the growing prevalence of a dangerous, debilitating fungus-wrought illness is alarming. The good news? It sounds like any progress against climate change would also be progress against new fungal threats.

"Mitigating climate change could mitigate the health effects of Valley fever," Gorris told the Guardian. "It's important to understand that it's not just doom and gloom."

READ MORE: 'It took everything': the disease that can be contracted by breathing California's air [The Guardian]

More on bad fungus among us: Next Pandemic Could Be Caused by Horrid Fungi, Scientists Warn

1.21.23 Neuroscience/Brain Science
Bad News: the Horrific Zombie Fungus in "The Last of Us" Is Real
7.17.22
English Officials Horrified by Heat Wave They Say Could Kill Thousands
3.31.22 Studies
You're Eating a Staggering Amount of Plastic Per Week, According to a New Study
8.14.21 Studies
Wildfire Smoke Is Apparently Making COVID Worse
7.07.21 Developments
Places Are Increasingly Getting So Hot That People Just Die