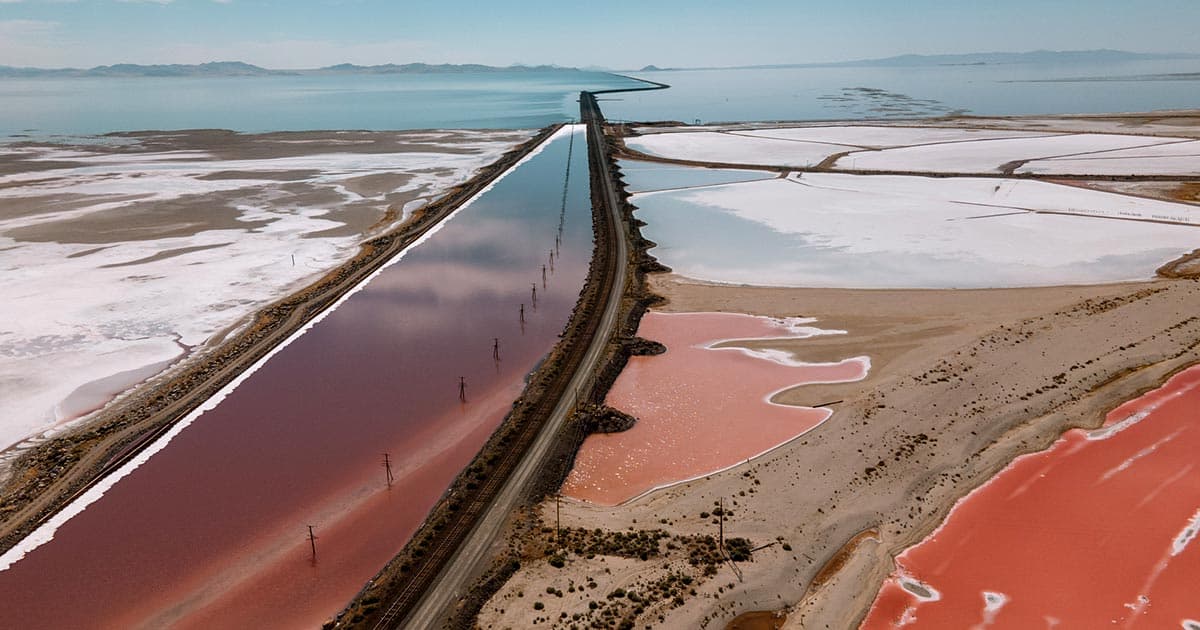 "We have this potential environmental nuclear bomb..."

"We have this potential environmental nuclear bomb..."

Climate change is causing Utah's Great Salt Lake to shrink drastically, The New York Times reports, paving the way for an environmental catastrophe that could turn the air around Salt Lake City into a poisonous cloud of arsenic.

Once exposed, the bed of the Great Salt Lake could cause arsenic — a classic poison that's toxic and carcinogenic to humans — to be carried by wind storms over to the city of over 200,000 residents.

The lake bed also holds other dangerous heavy metals, the result of nearby mining activity, meaning that just the dust in the air can cause respiratory problems. And that has residents alarmed.

"We have this potential environmental nuclear bomb that’s going to go off if we don’t take some pretty dramatic action," Joel Ferry, a Republican state lawmaker and local resident, told the NYT.

As more and more people move to the area — the Salt Lake City region is one of the fastest growing urban areas in the country, according to the NYT — water supplies are starting to dwindle.

Far less water makes its way from the snow-capped mountains down into the lake. Rising temperatures may even cause water vapor from the nearby mountains' snow reserves to evaporate, instead of flowing into rivers.

There's precedent for a lake drying up and triggering an environmental crisis. California's Owen Lake dried up just under a century ago, causing dust pollution to blanket much of the area.

In all, the region is in for a rude awakening, caused in large part by human-driven climate change.

The ecosystem has yet to collapse, but "we’re at the precipice," Bonnie Baxter, a biology professor at Westminster College told the NYT. "It’s terrifying."