Next Pandemic Could Be Caused by Horrid Fungi, Scientists Warn

"There’s a lot of stuff out there we don’t even understand." 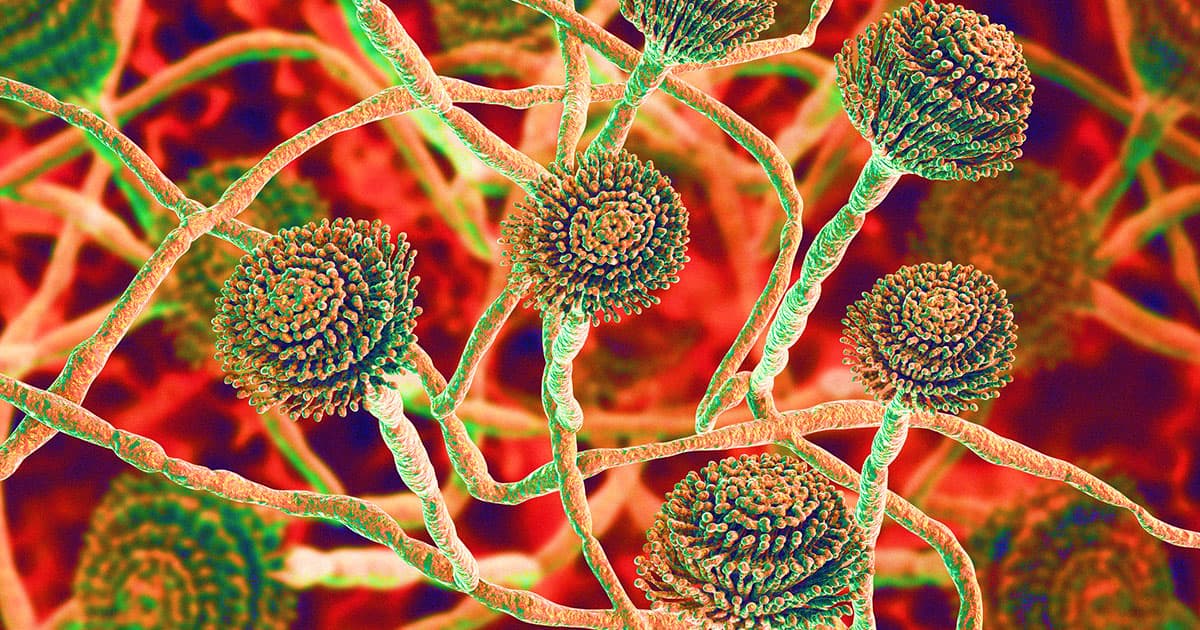 Disease experts are worrying that the next pandemic could be caused by fungi rather than a virus, National Geographic reports — a terrifying possibility, scientists say, given how little we know about the organisms.

Many fungi have been known to grow resistant to treatments, heightening the stakes.

"What we worry about all the time in the fungal world, is fungi’s potential to cause human disease," Tom Chiller, a medical epidemiologist at the Centers for Disease Control and Prevention (CDC), told NatGeo. "There’s a lot of stuff out there we don’t even understand."

Fungi can evolve at extremely fast rates, turning into infections that are increasingly difficult to treat with antifungals. They can also force the immune system to turn against itself, a life-threatening condition known as sepsis. In a particularly alarming detail, the magazine even reported that fungi can form balls inside the body that can displace entire organs.

According to the report, mortality rates shoot up by 25 percent in the case of antifungal-resistant pathogens. The use of fungicides in the agricultural industry, for instance, allows resistant fungi to grow stronger and develop potentially dangerous immunities.

While they mutate more slowly than bacteria or viruses, generally speaking, fungi can adapt and reproduce in a great range of environments.

And that's bad news if they were ever to start spreading rapidly in humans.

Climate change could even be adding to the problem, making temperatures friendly to dangerous fungi.

In short, fungi should almost certainly be on the list of potential threats when it comes to mass outbreaks of human pathogens.

That's why experts are calling for additional funding to study fungal pathogens. Scientists are already working on developing fungal vaccines, some of which are already being tested in clinical trials.

Fungi are some of the most ubiquitous organisms on the planet — and in fact, many have proven to be incredibly useful to us. But under the right conditions, they could turn against us in an alarmingly short period of time.

So maybe it's best to get ahead of the problem now, before it's too late.

READ MORE: Humans are not prepared for a pandemic caused by fungal infections [National Geographic]

More on fungi: Scientist Says Mushrooms Have a Language They Use to Talk to Each Other

10.24.22 Developments
Pfizer's Jacking Up the COVID Vaccine Cost to 10,000 Percent Its Production Cost
9.20.22 Developments
Biden Really Screwed Up When He Said the "Pandemic Is Over"
8.12.22 Developments
The CDC's New COVID Guidelines Are Pretty Stupid Even by American Standards
5.22.22 Developments
Joe Biden is Worried About Monkeypox
5.08.22
CDC Mocked for Bizarre Tweet About Cancer Causing Cancer