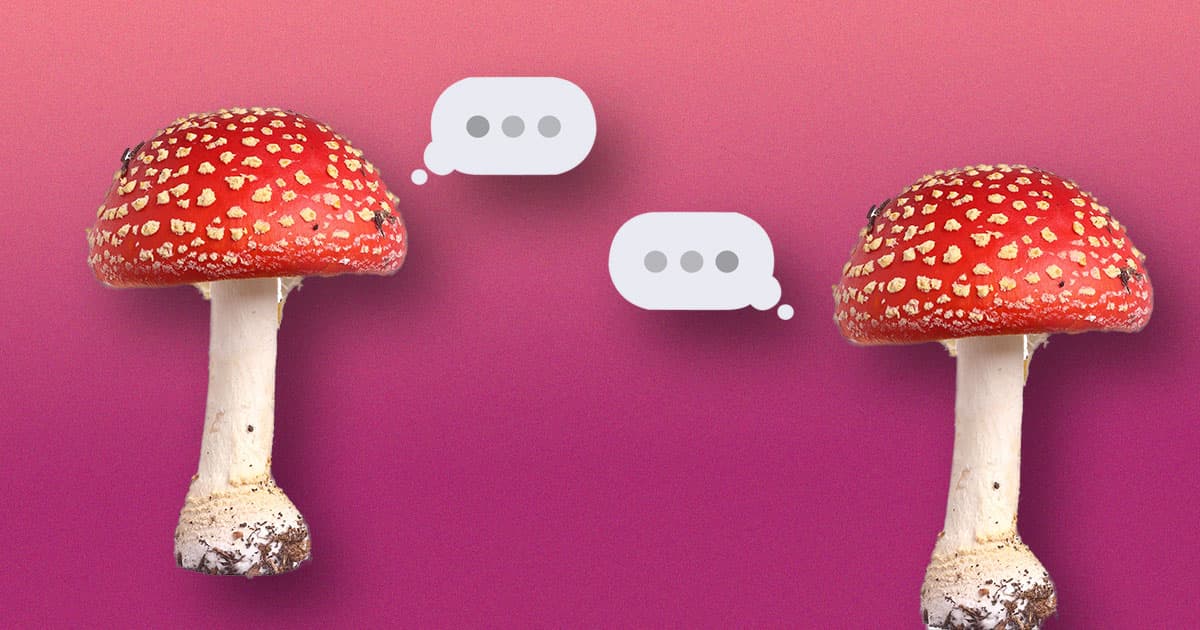 Do they cry when we eat them?

Do they cry when we eat them?

A scientist from the University of the West of England says the electrical impulses mushrooms send out may be a form of communication used to talk to each other.

Professor Andrew Adamatzky published his research yesterday in the journal Royal Society Open Science. Adamatzky put electrodes in soil that had mycelium, the "root" of the fungi, as well as into the fruiting body of the mushrooms themselves, which is the part that grows above the ground. He used enoki, caterpillar, split gill and ghost mushrooms, and analyzed the electrical activity each one gave off. He found evidence, he told The Guardian, of a mysterious mushroom language that could have as many as 50 words.

"We speculated that fungal electrical activity is a manifestation of the information communicated between distant parts of the fungal colonies," Adamatzky wrote in the study.

That's scientist speak for Adamatzky's hypothesis that the electric signals moving through the mushrooms could be them talking to each other — or, in other words, the whole organism communicating with various parts of itself.

Adamatzky is open to the idea that mushrooms don't talk, too, and said the noises could simply mean nothing significant at all. It's similar to the ongoing study about "talking dogs" in which researchers are open-minded to feedback and skepticism, which makes it easier to trust someone's findings.

Even without related interspecies communication studies though, we already knew mushrooms had electrical activity and that they can even be made to "sing." The five-minute clip below depicts a person hooking up a synth to some pink oyster mushrooms and recording their funky, spacey beats.

So we're still waiting for a solid verdict on whether mushrooms can talk, but we can still jam out to their fungal melodies in the meantime.