The James Webb telescope may give us a clearer picture of our universe. 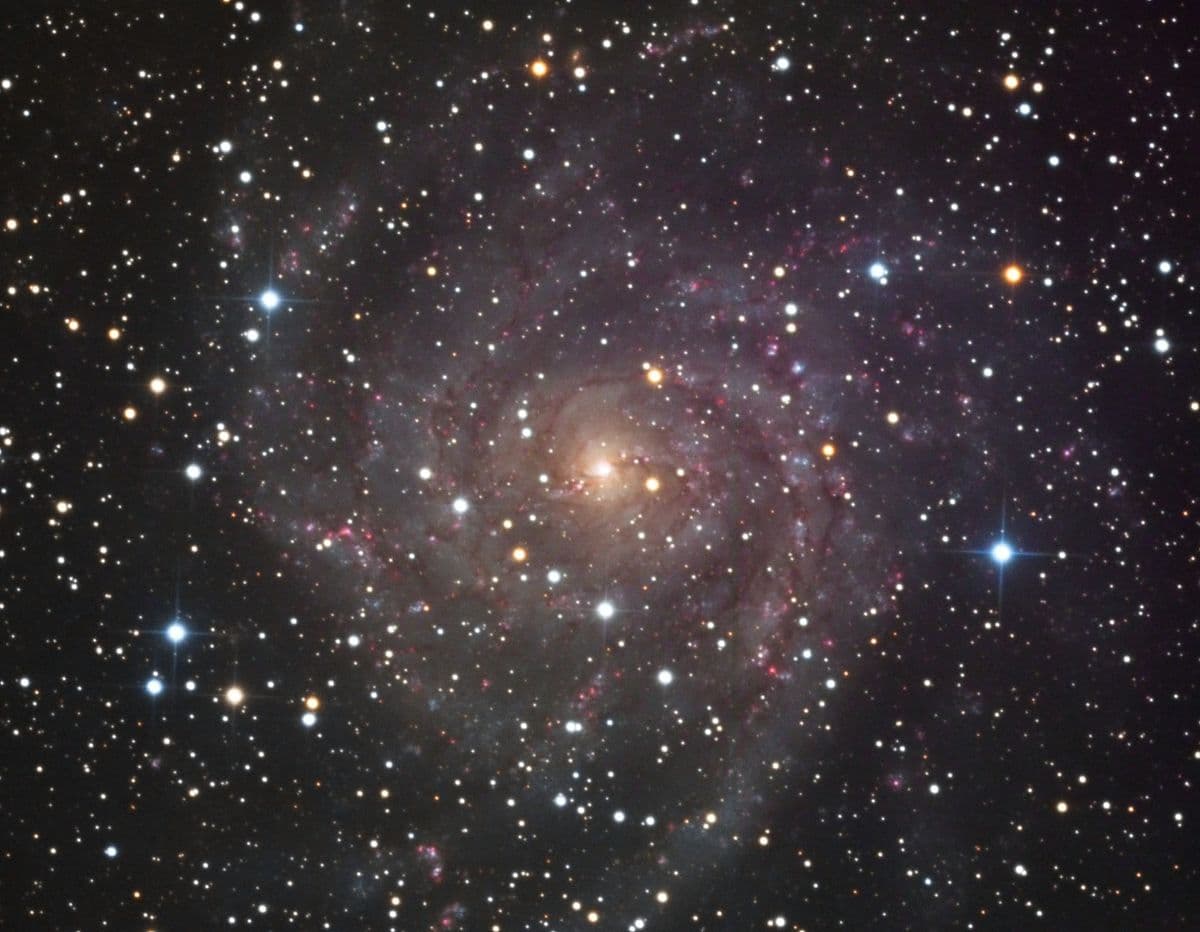 The IC 342, or the "Hidden Galaxy," is a galaxy that is located near the Milky Way's galactic disk; a cloudy, dusty region that has so far been exceedingly difficult for scientists to see. While it is (cosmically) relatively close to the Milky Way — 10 million light-years away from us — the nature of this galaxy's location has presented researchers with many challenges. It is true that IC 342 is gloriously bright and fairly large. But between us and this galaxy are stars, a variety of gases, and billowing clouds of cosmic dust. And so, even though researchers are using technologies as advanced as the Hubble Space Telescope, it continues to be "hidden" and difficult to image and, therefore, study.

It might be surprising to know that, despite the many advancements in space technology, there are still many cosmic objects that remain relatively mysterious to us because, simply, we cannot see them. One example happened just last year, as researchers finally were able to observe a particularly elusive brown dwarf. Seen as a link between planets and stars, it is essential that we understand these cosmic objects as best we can.

It was a long and arduous journey for scientists to capture a picture of Pluto that provided substantial detail or information. The Hubble Space Telescope, while a vital resource, simply was not up to the task in the same way that the New Horizons spacecraft was. Throughout our Solar System and beyond, there exist obstacles as simple as dust that have a surprisingly massive impact on our ability to observe and study the cosmos.

Read This Next
Futurism
The James Webb Space Telescope Is Going to Stare Straight Into Jupiter
Dark Shadows
NASA Says Hubble Observed a "Flapping Shadow" in Distant Space
Hubble Bubbles
Hubble Captures Heartbreaking Images of Dying Stars
Flawed Science
New Hubble Data Breaks Scientists' Understanding of the Universe
Spotted
Stars Torn From Galaxies Let Astronomers "See" Dark Matter
More on Hard Science
Tractor Beam
Jan 26 on the byte
Scientists Build Working Tractor Beam, Although It's Comically Tiny
Having a Blast
Jan 18 on the byte
New Study Shows Where You Should Hide to Survive a Nuclear Attack
Offworld Amino
Jan 15 on the byte
Scientists Find Building Blocks of Life in Meteor That Smashed Into Family's Driveway
READ MORE STORIES ABOUT / Hard Science
Keep up.
Subscribe to our daily newsletter to keep in touch with the subjects shaping our future.
+Social+Newsletter
TopicsAbout UsContact Us
Copyright ©, Camden Media Inc All Rights Reserved. See our User Agreement, Privacy Policy and Data Use Policy. The material on this site may not be reproduced, distributed, transmitted, cached or otherwise used, except with prior written permission of Futurism. Articles may contain affiliate links which enable us to share in the revenue of any purchases made.
Fonts by Typekit and Monotype.