We now have a way to better understand the history of planets. 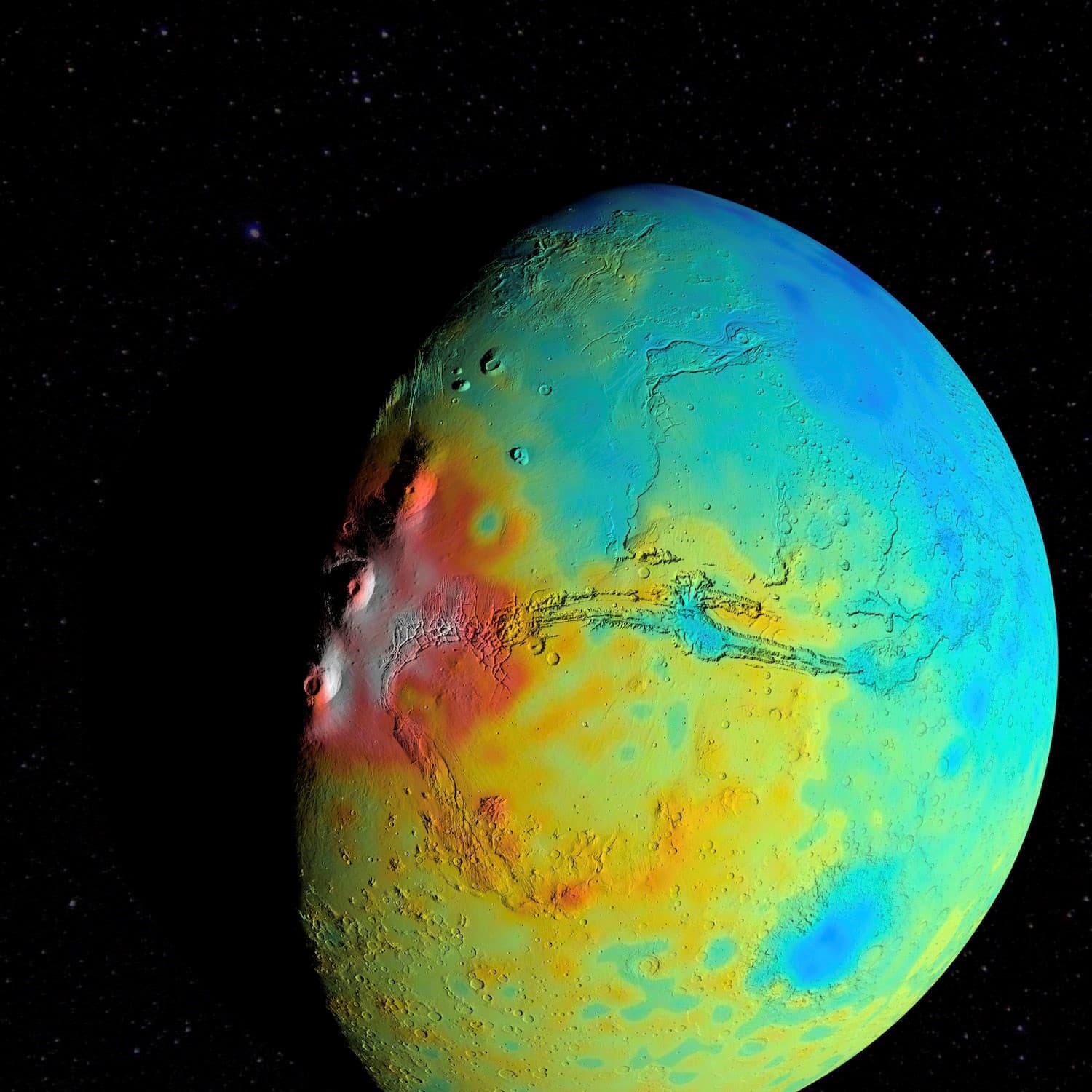 Thanks to some new methods of studying the structure of planetary density, we now know that the crust of our closest neighbor, Mars, is much thinner than scientists previously thought. A paper published in Geophysical Review Letters explains that the estimated density of about 2,580 kg per cubic meter (2.58 grams per cubic centimeter), is 96% of our own crust density on Earth, at 2.7 grams per cubic centimeter.

This sounds moot at first blush, but a significantly lower crust density on Mars transforms our understanding of (inter)planetary science.

Obviously, Earth's proximity makes it easy for us to study the blue mote's gravitational field, relative to distant bodies like Mars. While measurements taken to calculate density of other planets are limited, NASA researchers expanded the scope of data to make it easier to calculate a more accurate estimation of a planet's density. To make their calculations, they combined topological data about the geography and structure of the Martian surface with the gravitational data they already had. In a statement, the researcher Greg Neumann said, "As this story comes together, we're coming to the conclusion that it's not enough just to know the composition of the rocks. We also need to know how the rocks have been reworked over time."

They gleaned that the surface of Mars is much more porous than previously thought, with volcanic regions showing denser makeup than others. Tanya Harrison, Martian scientist and director of research for the Space Technology and Science Initiative at Arizona State University told Gizmodo, “The cool thing about this study is that the method they developed can be applied to any body where we have data about its gravity and topography.”

All of this information could help us better prepare for future missions to the Red Planet, when we'll finally have a shot at studying it in person. Ultimately, this new method advances the study of (other) rocky planets, allowing us to peer into their history, adding to our study of the composition of matter in the greater universe; its distribution, behavior, and origin.