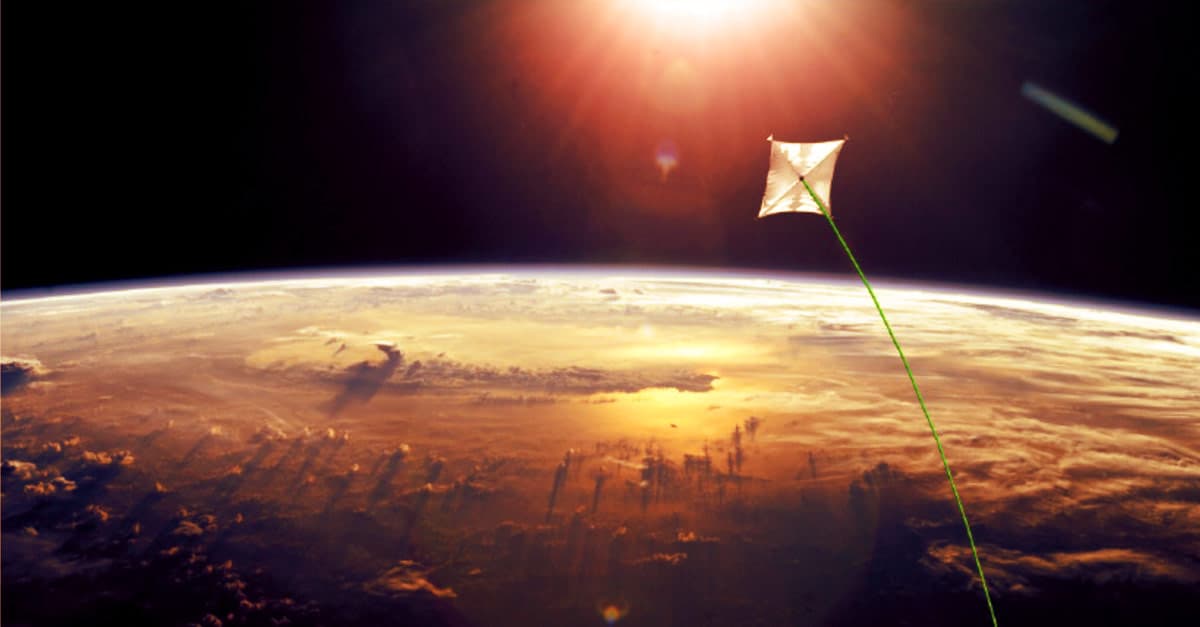 Space exploration has progressed much over the last few decades, but despite all that, we are still held back by the speed of our spacecraft. Scientists can now propel small particles at speeds nearing the speed of light, but doing the same with larger objects is another story altogether.

Currently, it takes modern spacecraft with the most advanced technology an estimated five months to reach Mars, but NASA scientist Philip Lubin has been developing a new system that uses lasers to propel spacecraft that have giant sails attached, allowing us to reach the Red Planet in just 3 days.

The photonic propulsion system uses the momentum of photons in order to lift the spacecraft upward. And as was mentioned, the photons used in this system aren’t from the Sun’s rays, but from a giant laser.

It sounds a little zany, but it seems that it may be possible, at least according to some scientists. “There are recent advances that take this from science fiction to science reality,” said Lubin. “There is no known reason why we can not do this.”

Traditional space propulsion systems rely on thrust that comes from burning rocket fuel. This system is literally weighed down by its fuel source, making it inefficient. Conversely, the photonic propulsion system can use weightless electromagnetic radiation to propel objects, making the advantages clear.

In a paper published on the Journal of the British Interplanetary Society, Lubin says that "Electromagnetic acceleration is only limited by the speed of light while chemical systems are limited to the energy of chemical processes."

So far, this system has only been tested in the lab and requires very complicated and expensive equipment, one of which is a ring of superconducting magnets much like the ones used in the Large Hadron Collider. This makes scaling up to a size suitable for space travel difficult. But theoretically, photonic propulsion works and could be achieved.

In short, the system works because photons have energy and momentum. That momentum can be reflected off of an object and, using a reflective sail, a spacecraft can be accelerated .

Lubin’s calculations have shown that the photonic propulsion system can carry a 100-kg (220-pound) craft to Mars in 3 days; however, the true value of the system is in longer space travel, as the speed increases over time.

"It is time to begin this inevitable journey beyond our home" says Lubin. You can learn more in the video below.

Read This Next
From the Dept. of Things to Buy
Review: The "Out of This World Cook Book" Chronicles the Early Meals of the Space Age
Overloaded
Whiny Space Tourists Say They Were Too Busy on the Space Station
The Moonian
Senior NASA Official Fears Getting "Stuck" on the Moon
Space Sick
Space Is Wreaking Havoc on Astronauts' Blood
Slip Sliding Away
NASA's Absurdly Expensive SLS Megarocket Is Broken Again
More on Sci-Fi Visions
FROM THE DEPT. OF...
Wednesday on futurism
The Best Tablets for Note-Taking of 2022
Crypto Apocalypse
Wednesday on the byte
Crypto Investors Despondent After Losing Life Savings in FTX "Bloodbath"
Butcher Shop
Tuesday on futurism
Neuralink Employees Admit Company Has Killed 1,500 Animals So Far
READ MORE STORIES ABOUT / Sci-Fi Visions
Keep up.
Subscribe to our daily newsletter to keep in touch with the subjects shaping our future.
+Social+Newsletter
TopicsAbout UsContact Us
Copyright ©, Camden Media Inc All Rights Reserved. See our User Agreement, Privacy Policy and Data Use Policy. The material on this site may not be reproduced, distributed, transmitted, cached or otherwise used, except with prior written permission of Futurism. Articles may contain affiliate links which enable us to share in the revenue of any purchases made.
Fonts by Typekit and Monotype.