NASA May Be Bringing Back X-Planes 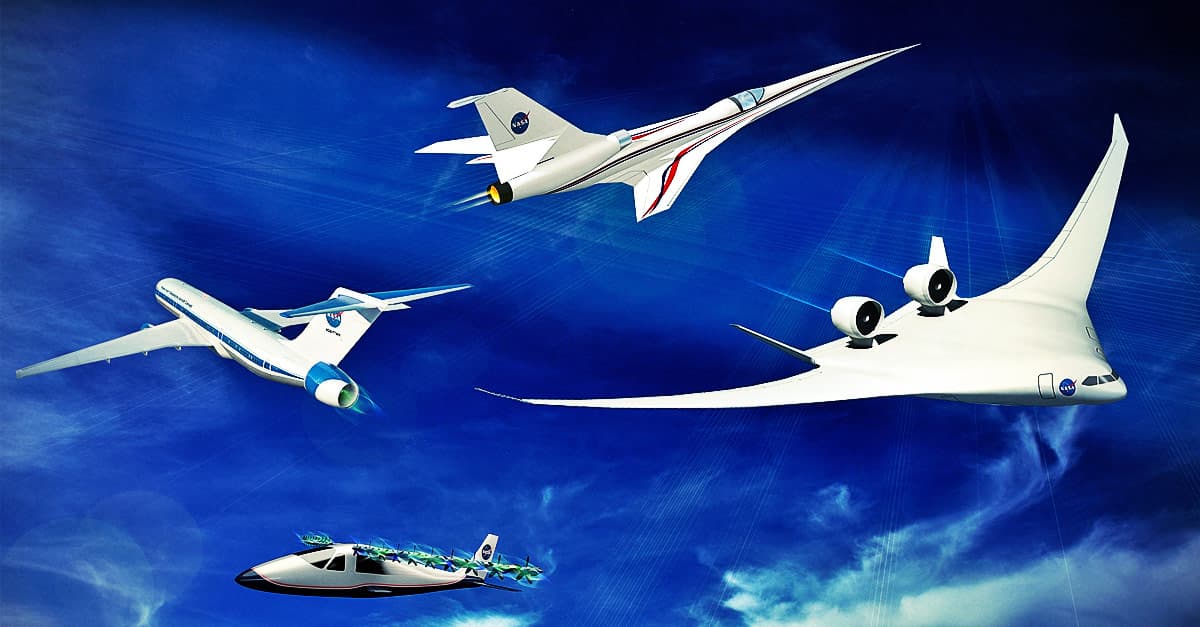 President Obama’s new federal budget request details a budget plan that will set bold goals for NASA's Aeronautics, and they include designing aircraft with reduced fuel use, emissions, and engine noise.

The 10-year plan also includes New Aviation Horizons, which is prerogative for NASA to design, build, and fly what are called "flight demonstration vehicles" ...also known as X-planes.

"This increased funding will allow us to do something that NASA has not done in decades, to partner with industry and build a new series of experimental aircraft, or X-Planes." reiterated Charles Bolden, NASA's chief administrator, at a press conference at the NASA Ames's Research Center yesterday.

This name harkens back to NASA’s experimental aircraft like the Bell X-1, which is famous for being the first ever aircraft to break the sound barrier in level flight.

"It would knock the socks off a Boeing 737. It'll cut fuel use by more than 50 percent," says Bolden.

NASA Aeronautics is confident in entering the X-plane territory after six years of conducting technology demonstrations with other agencies, industries, and academia.

These developments are predicted to save up to $255 billion for the airline industry in its first 25 years of implementation.

Associate administrator for NASA’s Aeronautics Research Mission Directorate Jaiwon Shin said the “full potential of these technologies can’t be realized in the tube-and-wing shape of today’s aircraft. We need the X-planes to prove, in an undeniable way, how that tech can make aviation more Earth friendly, reduce delays and maintain safety for the flying public, and support an industry that’s critical to our nation’s economic vitality."

The first X-plane is expected to be a hybrid wing body shape, eschewing the traditional commercial aircraft design with something more similar to that of a stealth fighter.

Following x-planes will be used to demonstrate other aircraft technologies like ultra-efficient subsonic aircraft designs. The New Aviation Horizons plan will also include collaborations with airlines, airports, and the FAA in efforts to find innovation in air traffic flow, which in turn leads to reduced fuel use.

“This is an exciting time for the entire NASA Aeronautics team and for those who benefit from aviation, which, frankly, is everyone,” says Shin. “With this 10-year plan to accelerate the transformation of aviation, the United States can maintain its status as the world’s leader in aviation for many years to come.”

Read This Next
Alt Propulsion
NASA, DARPA, MIT Scientists Met to Discuss "Anti-Gravity" Tech
The Other Left!
A Guy Who Drives NASA's Mars Rover Is Dishing About the Experience
Digging a Mole
NASA’s Mars Mole is Officially “Dug In”
A New Perspective
NASA's Mars Helicopter Could Revolutionize Off-Planet Exploration
Hammer Time
Crap: NASA's Mars "Mole" Finally Started Digging, Then Hit Another Obstacle
More on Robots & Machines
Blow Up Doll
Monday on the byte
Ukraine Accuses Russia of Using Inflatable "Dummy Tanks," Which Deflated
From the Dept. of...
Monday on futurism
The Best UPS Battery Backups of 2023
FROM THE DEPT. OF...
Jan 29 on futurism
The Best Netgear Routers of 2023
READ MORE STORIES ABOUT / Robots & Machines
Keep up.
Subscribe to our daily newsletter to keep in touch with the subjects shaping our future.
+Social+Newsletter
TopicsAbout UsContact Us
Copyright ©, Camden Media Inc All Rights Reserved. See our User Agreement, Privacy Policy and Data Use Policy. The material on this site may not be reproduced, distributed, transmitted, cached or otherwise used, except with prior written permission of Futurism. Articles may contain affiliate links which enable us to share in the revenue of any purchases made.
Fonts by Typekit and Monotype.