This is one of the strangest viruses ever discovered. 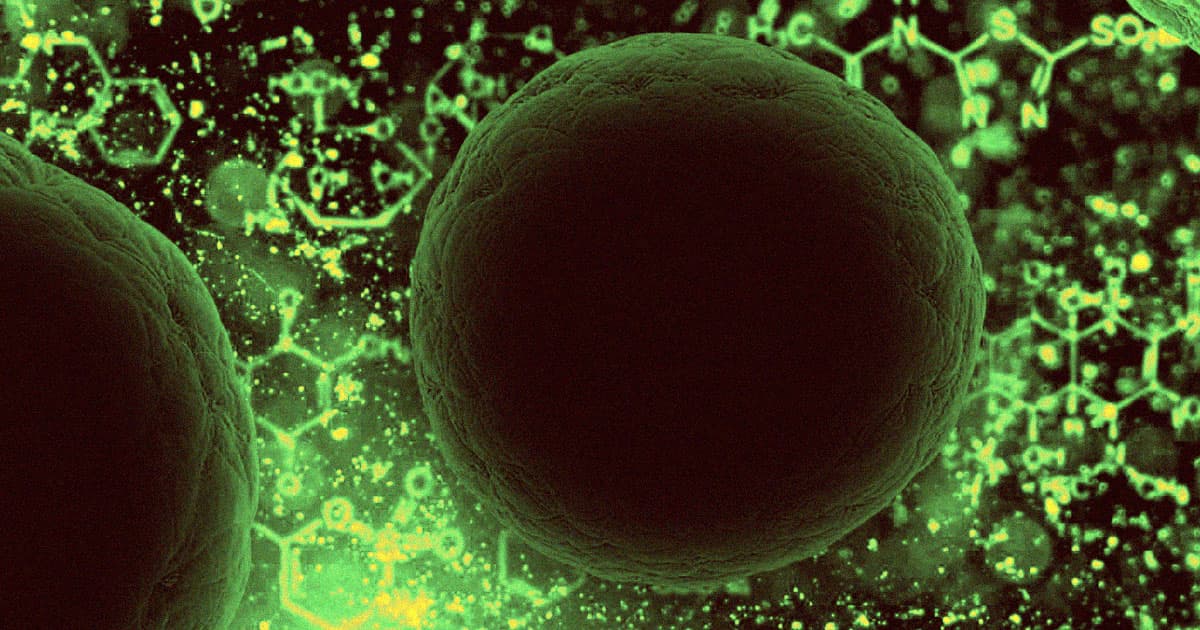 While looking for new viruses in an artificial lake in Brazil, an international team of researchers made an unexpected discovery.

Among the giant viruses they found infecting the lake's amoeba population, they also spotted a much smaller specimen. When they analyzed the virus' genome, they discovered that more than 90 percent of its genes had never been recorded by scientists.

In January, the researchers published a paper on the preprint server bioRxiv detailing their analysis of the new virus, which they named the Yaravirus after Yara, the "mother of waters" in the mythology of the Tupi-Guarani indigenous tribes in Brazil.

The team found the Yaravirus in Lake Pampulha in Belo Horizonte, and after sequencing its genome, they discovered that only six of its genes even slightly resembled viral genes previously recorded in public databases — the other 68 genes were completely new.

The discovery of an almost wholly unique virus might seem particularly worrisome right now given that another new virus — the 2019 novel coronavirus —  has killed 910 people since it began spreading across the planet in December.

But scientists regularly discover new viruses. In fact, between 2016 and 2019, the number of distinct types of viruses scientists knew about in the world's oceans surged from 15,222 to 195,728.

Additionally, while all viruses infect something — they can only replicate while inside a host — researchers only know of about 1,000 viruses that infect people.

The Yaravirus isn't one of those — it infects amoebas — but even if it could infect humans, that wouldn't necessarily make the new virus a threat to our species, as some viruses actually make us healthier.

Ultimately, the importance of Yaravirus' discovery lies mostly in the fact that it expands the wealth of human knowledge into the tiny infectious agents that play a major role in the health of Earth's entire ecosystem — for better and for worse.

Read This Next
Brands We Love
This Advanced N95 Mask Is Like a Personal Air Purification System
Futurism
Never-Before-Seen Viruses With Weird DNA Were Just Discovered in The Ocean
Futurism
Nanoscopic Hyperlensing Made of Natural Crystal Allows Us to See Viruses on the Surface of Cells
Futurism
US Looking for 75 Human Volunteers for Zika Vaccine Trials
Futurism
This Virus Robbed Deadly DNA From Black Widow Spider Venom
More on Hard Science
Warped Tour
Feb 2 on futurism
Professor Believes Door to Warp Drive May Lie With Ethylene Glycol
Sky Bursts
Feb 2 on the byte
Astronomers Intrigued by 25 Mysterious Repeating Radio Signals From Deep Space
Tractor Beam
Jan 26 on the byte
Scientists Build Working Tractor Beam, Although It's Comically Tiny
READ MORE STORIES ABOUT / Hard Science
Keep up.
Subscribe to our daily newsletter to keep in touch with the subjects shaping our future.
+Social+Newsletter
TopicsAbout UsContact Us
Copyright ©, Camden Media Inc All Rights Reserved. See our User Agreement, Privacy Policy and Data Use Policy. The material on this site may not be reproduced, distributed, transmitted, cached or otherwise used, except with prior written permission of Futurism. Articles may contain affiliate links which enable us to share in the revenue of any purchases made.
Fonts by Typekit and Monotype.